ST. PETERSBURG — The Power of the Collective forum, held at Mt. Zion Progressive Missionary Baptist Church last Thursday evening, is the first in a three-part series by the One Community Plan team to bring national and local subject matter experts face-to-face with community development teams in St. Petersburg.

The focus of the March 28 installment was to pave the way for large-scale supplier diversity and inclusion effort to help more minority-owned firms do business with corporate and government procurement officers.

Earlier in the day, the Power of the Collective kicked off with a two-hour session at the St. Petersburg Chamber where 30 corporate, government and nonprofit executives had a question and answer time with the two visiting luminaries, Winston Johnson and Farad Ali.

Before introducing the business giants, Rev. Clarence Williams, senior pastor of Greater Mt. Zion AME Church postulated that though America may be the land of the free, what makes it special is that it’s the land of opportunity. He would like to see a level playing field for all to empower and move the community forward economically.

“A lot of people can do the job,” Williams said, “but how many of us really are going to get the opportunity? So that becomes a paramount issue for us as we move forward.”

Ali, vice president of National Minority Supplier Development Council, said the NMSDC works to build diversity businesses. Minority businesses hire more minorities than any other group, so when minority-own businesses decide that they want to work with corporations, they must become certified by the NMSDC as a minority firm. Corporations then have access to a large database of minority businesses they can use.

“The best part is about the economic impact that happens when a business gets a chance,” Ali said.

For this country to be more competitive in the global marketplace, we’re going to have to catalyze minority businesses, Ali explained, adding that though today the U.S. is perceived as an “economic engine,” countries such as China and Dubai are fast approaching.

Johnson stressed the importance of getting a good accountant involved with your business plans and added there are banks that have programs for minority diversity.

“I think it’s critical having that accountant take you right to the next step of establishing relationships with bankers,” he said. “Don’t just go and cash a check. Don’t just go there to get a loan.”

You need to own at least 60 percent of controlling interest in your company to qualify it as a diversity minority-owned business, Johnson pointed out.

Ali explained that after graduating from college, he went into banking and underscored the necessity of having a B.A.I.L. strategy–in which you need to have a banker, accountant, insurance agent and a lawyer–to his mother, who owned a beauty salon.

“Those are the mitigating risk factors you have to have to do business,” Ali said, “no matter what color you are, no matter how big a business you are, even if you got a paper route! Because if you throw a paper and it hits the window and it breaks, right? So remember, in all of your businesses–I don’t care if it’s a shoe shine or a big corporation–you need to have B.A.I.L.”

Johnson agreed and said that he found that personal discipline by working closely with an accountant, and it allowed him to notch a diversity contract for quality control for the Motown production company.

Ali recalled his days as a point guard for the University of North Carolina basketball teams in summing up the importance of collaboration.

“Every player plays a different position,” he said, “but for us to win we’ve got to win together.”

Building a plan is part of an ecosystem of development, he noted, and this country didn’t get to where it did overnight.

“It was an ecosystem of development that built all these riches for people who are rich,” he said.

The solid foundation of a sturdy plan is paramount to succeeding.

“Being successful does not happen without the architect of a plan,” Ali said.

He told the audience not to get offended by the structural system that will say, “Your dreams are not worthy,” he cautioned. “Because somebody told that to Google and Apple and YouTube and Microsoft and Twitter,” he averred.

And as for personalities clashing, get over it! You must learn to work together in a business sense and leave personal matters at the door.

“In business, first understand you are not going to do anything by yourself,” said Ali. “Secondly, you’re going to have to deal with some other people, so find them—cooperative—and build a relationship that’s built on trust. You’re going to have tough times, but if they are good enough to do the deal and close the deal, get the deal done.”

“The event was truly the product of teamwork,” said Gypsy Gallardo, CEO of The 2020 Plan team, which is spearheading the One Community Plan development process.

In addition to the financial sponsors and organizers who made the vision a reality, Gallardo credits HarleyOutlaw™ for their dynamic event design skills. April Harley and Kory Outlaw recently founded the new firm during their terms as One Community Plan Development Committee members. 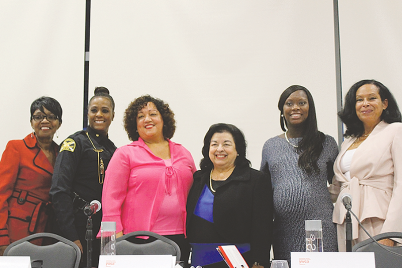 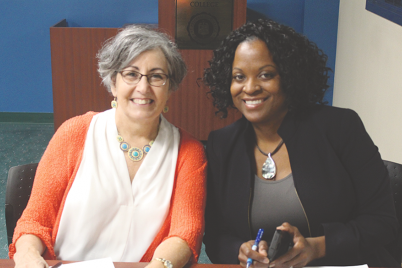 ST. PETERSBURG  – “You can do this!” was the simple message that resonated with… 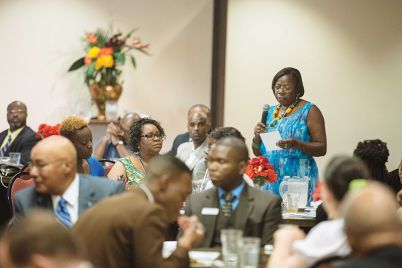 ST. PETERSBURG — On May 15, Cassius Butts, the Regional Administrator for the U.S.…