ST. PETERSBURG — The third annual Just Girl Talk and the inaugural Sisters Kin-nect conferences, under the City of St. Petersburg’s My Brother’s and Sister’s Keeper Initiative, got underway March 22 at the historic Coliseum.

The morning and afternoon programs were geared toward eighth through 12th graders. With breakout sessions such as Level Up, which endeavored to empower the young ladies to become their best selves, and Secure Your Bag, an interactive financial empowerment workshop, the students received a crash course in “adulting.”

Urban Affairs Director for the City of St. Pete Nikki Gaskin Capehart said she enjoys helping coordinate the conferences each year. She works closely with Dr. Valerie Brimm and the Office of Strategic Partnership to identify youths that would most benefit from the information.

This year, more than 200 young ladies from south county schools were privileged to listen to Ramona Smith, a 31-year-old Houston teacher who beat 30,000 people to become the Toastmasters world champion of public speaking.

Upon introducing Smith, Gaskin-Capehart called the champion speaker a “powerhouse.”

“One who courageously passed over 30,000 people to receive such an illustrious honor,” she said, adding that audiences truly admire her ability to captivate and connect with people from across the globe.

Indeed, after becoming the world champion of public speaking last August, the Cleveland native has visited several countries for speaking engagements including Qatar, Dubai, Bahrain, Sri Lanka and India. To those young women in attendance at the Coliseum, Smith underscored the importance of “owning your greatness.”

Women are already born with greatness, Smith postulated, as they are the only gender that can create life. Smith admitted that she didn’t know how much power she possessed until she gave birth to her son, who is now six. And for those women who have no children, they are givers of life in more ways than one.

Another measure of greatness is that we all have something inside of us that makes us special and unique, Smith explained, be it dancing, cooking, speaking, drawing or what have you. Young people just have to tap into whatever talent they may have and bring it out.

“We’re all good at something, so I have to challenge you to figure out what it is!” Smith said. “If it’s something you’re passionate about, if it’s something you know that you’re really, really, good at, you have to pursue it. That’s the only way you’re going to fulfill your greatness.”

Smith had a non-traditional upbringing as she grew up without a father in her house. Her mother was only 17 when she had Smith’s sister and only 19 when she had Smith. It was very difficult for her mother, as she had to work two or three jobs and naturally wasn’t always around to foster young Smith’s confidence. The result was that Smith had low self-confidence for a “long time.”

In a life-changing move, Smith decided to move to Los Angeles in 2010. Looking at the mountains and sitting on the edge of the Pacific Ocean, she finally found herself and realized her true worth and potential. Her first book “Shine Sistah Shine,” about female empowerment, soon followed in 2012.

We may have greatness, but like success, it doesn’t just happen, she cautioned. It is something that we have to work at. Smith encouraged everyone to write positive affirmations daily to boost self-esteem and confidence. Every morning for 40 days, she said, everyone should pen “I am” statements, such as “I am amazing,” “I am awesome,” and “I am beautiful.”

“If you do something for 40 days, I know you’re committed,” Smith said. “If you cannot invest 40 days into yourself, you have a lot more work to do!”

Tapping into greatness requires setting goals, but the most important thing is to follow through, Smith advised.

“If you cannot keep a promise to yourself, the world has nothing else to offer,” she said. “Everything that you do starts with you!”

Smith advised those on hand to seek mentors in their field to help them open doors and realize opportunities. And always continue to better yourself and dream bigger, she added. Travel, which can broaden horizons and expand the mind, can be a big part of that. She underscored the importance of getting out of a comfort zone and seeing people from all over the world and trying new things.

“You have to invest in yourself!” she said energetically.

This year, the MBSK Initiative wanted to go a step further and include women.  Gaskin-Capehart said it’s so important to be able to have an impact on the whole family.

“You can’t just focus on young people alone. You’ve got to be able to focus on their families and their support network with their mentors and role models,” said Gaskin-Capehart. “This is a holistic approach to us being able to have a transformative impact in the community…”

Workshops included Leaping into my Future with Confidence, facilitated by Yvonne Ulmer, Loretta Caldwell Thompson held a session called “Through the Looking Glass” that gave women advice on how not to feel invisible as they age, Bria Sullivan conducted “Power of Being a Woman,” just to name a few.

Collette Glover Hannah stopped by to help women find their passion in the Finding My Passion workshop.

As the founder and CEO of Hannah’s Shoebox, her passion came when she found it impossible to find age-appropriate footwear for her young daughter, who at the time was wearing an adult size six at six-years-old.

She said she feels fortunate because her passion became her career. Hannah’s Shoebox is the only store in the country that exclusively sells tween shoes to tween girls. They are committed to helping young ladies with large feet feel more confident and beautiful about themselves.

Hannah said young girls who have larger size feet lack self-esteem and confidence because a lot of them tend to be taller, larger girls who develop sooner than their peers. Her passion was built out of the need to give young girls, such as her daughter, confidence and self-esteem, and now she is the market leader in the footwear industry for large size tween shoes.

“If you’re going to do it, do something that you love. Make it your passion. Don’t chase the money because if you’re chasing the money I’m telling you, it’s going to be so difficult and challenging because you’re going to lose sight of why you’re doing it,” Hannah said.

Alison Barlow, executive director of the St. Petersburg Innovation District, facilitated a workshop called Personal Board of Directors, encouraging women to assemble an advisory board to help them through life.

A board of directors for a company is essentially a group of people that help set their strategic direction. Those sitting on the board are handpicked because of their expertise. Barlow suggests every woman needs this type of support.

“Who are those people in your life that are deliberately there, that you’ve thought about who are going to help you get to your passion, help you accomplish what you’re trying to accomplish professionally or personally,” she asked?

She suggested stacking the board with peers, those older and younger, someone who sees the world differently, someone who might be in the same life experience and someone who is not afraid to question your moves.

“I guarantee that any woman that you see out there who is kicking ass has something like this,” she stated.

The Sisters Kin-nect conference ended with networking time, giveaways, and of course, a dance party. 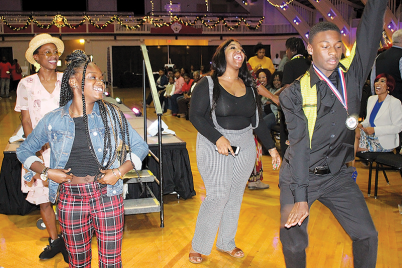 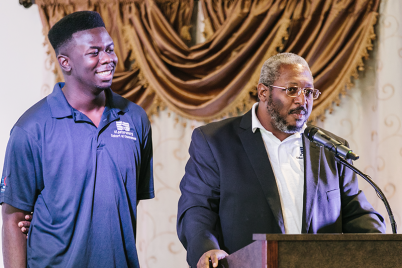 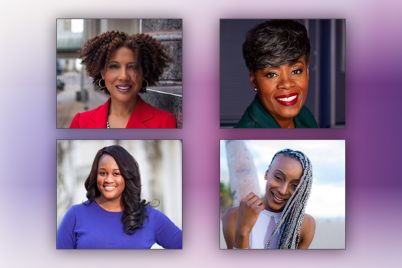