By the early 1950s, plans moved forward for the construction of the segregated Pinellas High School at the expense of a small cemetery. Pinellas High in 1954 | Courtesy of Pinellas County School Board

Clearing up a murky situation in clearwater

An education in how to destroy a cemetery

In January 1940, city commissioners in Clearwater blessed a resolution that set aside a tract of land in North Greenwood a short distance from Stevenson Creek as a cemetery for Black residents. Commissioners also called for a group of trustees to manage the site. The small cemetery began operations shortly thereafter.

After the meeting, school officials apparently came to an agreement that this cemetery would be eliminated without a specific plan for creating a new cemetery or moving those already buried.

During the next few years, the fate of the cemetery remained unresolved as school officials began to plan a new campus for Pinellas High School, the secondary school for Blacks in the northern part of the county. The original Pinellas High operated on Madison Street and was known as “Clearwater Colored Junior High” before a high school curriculum was offered in the early 1930s.

By the early 1950s, plans moved forward for the construction of the segregated high school at the expense of the small cemetery. Hoping to maintain racial segregation, in August 1953, the city and school board members discussed plans to build a swimming pool and recreation facilities for Blacks alongside the new Pinellas High. In order to do this, they needed crews to excavate and move graves from the 1.5-acre cemetery to a still-undetermined location. 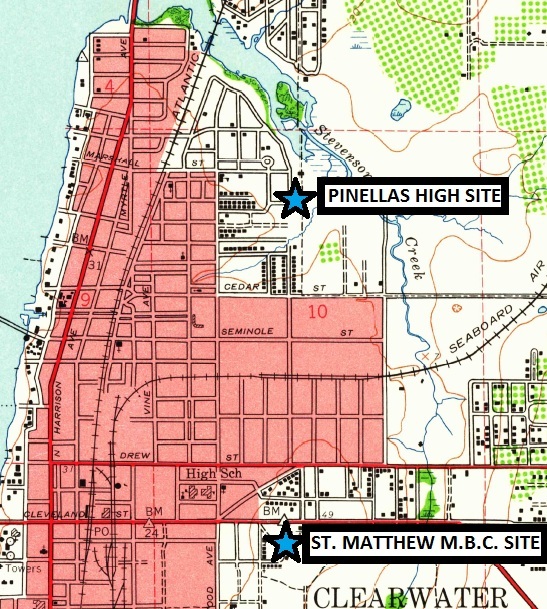 Image courtesy of the U.S. Army Corps of Engineers

Even as construction of the new Pinellas High School began, nobody had selected a suitable place to relocate the graves. In early 1954, Chester B. McMullen Jr. offered land in unincorporated Pinellas along Highland Avenue as a site for the cemetery. City leaders planned to allocate $25 per body to disinter and reinter them at the new site.

As they debated this proposal, a landowner in that area tried to get the courts to issue a cease-and-desist order. He claimed the white families who lived in the area would have their water supply compromised since they still used wells.

Court hearings debated the fate of the bodies that soon found themselves without a resting place. White residents in nearby Dunedin protested plans for the reinterment of approximately 350 bodies from the Clearwater site. Some of them filed a lawsuit in mid-1954 to prohibit Clearwater from moving the bodies to McMullen’s land, leading a circuit judge to issue a temporary injunction in May 1954.

That month, attorneys in Pinellas County argued that putting this cemetery in their neighborhood would create a health menace and contaminate their water. McMullen’s attorneys – M.H. Jones and his son, Milton Jones – did their best to dispel these fears.

During that same month, the United States Supreme Court issued a unanimous verdict claiming purposefully segregated schools were unequal and therefore unconstitutional. In Brown v. Board of Education, the Justices called for an end to dual systems of education that intentionally separated students by race. In 1955, the court demanded that this process move forward “with all deliberate speed.”

As both sides argued in the courtroom, the bodies of the deceased still needed a new home. By the late summer of 1954, Chester McMullen Jr. and Milton Jones located another site in a less developed area east of Dunedin. Once again, protesters opposed the creation of this cemetery. After the new proposal gained approval, protests resumed.

Despite the outcries of residents, city officials in Dunedin had little recourse. The new site sat on land outside of Dunedin’s city limits. By October 1954, Clearwater’s city manager issued a work order to finish the transfer of bodies to the new site.

Classes begin, with a student body and buried bodies

Even after the Brown decision, Superintendent Floyd T. Christian thought that federal courts would allow segregation to continue if school officials in Pinellas made a good faith effort to build improved facilities for Black students. The school board blessed his actions. In September 1956, Christian boasted that new campuses such as Pinellas High made Black schools “separate but really equal.”  This was far from true.

Pinellas High closed in the late 1960s. It reopened as Clearwater Comprehensive Middle School in 1968. Part of the campus near Clearwater Intermediate School closed again, though the school district owns the land. Years ago, some residents had their suspicions that some of the bodies did not move.

Ground-penetrating radar scans proved them right. Surveyors found at least 44 graves earlier this year. No headstones exist for these burials. Many are in very shallow graves. Some are located in the area where the pool promised to the Black community was never built. Promises made then broken, bodies buried than overlooked, and now burials once forgotten are remembered.

A church cemetery forgotten under a shopping center

In the early twentieth century, St. Matthew Missionary Baptist Church established a small cemetery on a parcel at 100 S. Missouri Ave. in Clearwater. After World War II, developers sought lands in the area. The north-south corridor along Missouri Avenue became especially attractive for companies that wanted to establish a presence with easy access to Seminole and Largo as well as Clearwater.

The cemetery changed hands in the 1950s with a plan to move all graves. Unfortunately, work crews at the time failed to exhume at least 70 graves from the church’s former burial grounds. Most likely, many or all of these forgotten graves lacked headstones or other visible markers. A Montgomery Ward department store occupied this location for many years. After its demolition, new structures were built on the land.

The FrankCrum firm currently operates on this site. GPR scans found the forgotten graves. Once again, a cemetery stood in the way of progress; more than 70 years later, we learn that the journey is unfinished for some who were buried there long ago.

In the next installment of “A Grave Situation,” we visit another long-forgotten cemetery within the current city limits of Clearwater. At the time of its establishment, it occupied a remote parcel with a few groves and not much else nearby. Today, efforts move forward to preserve the “Whispering Souls” that occupy this place. 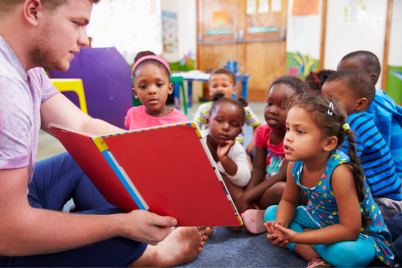 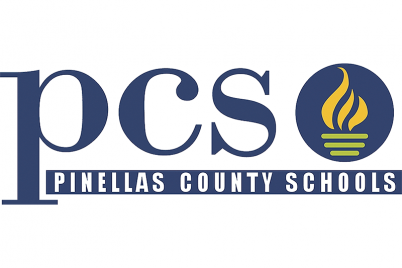 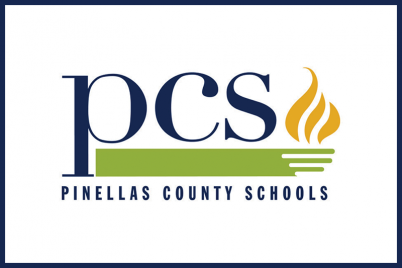