CLEARWATER– The Clearwater Martin Luther King, Jr. Neighborhood Center Coalition is readying itself for a major first. The center – which has been in operation for more than 40 years in the North Greenwood community at 1201 Douglas Ave. under a variety of contracts and agreements — is about to hold its Inaugural Red-Carpet Benefit Gala Saturday, Nov. 2.

And while it is a fundraising event, it’s as much a celebration of a neighborhood’s steadfast refusal to turn its back on the historic heartbeat symbolized by the center’s very existence, four decades after its opening in 1974.

Because while the center has suffered from the same issues that define North Greenwood’s ongoing struggles, including relentless poverty, lack of city resources and investment, and familiar social ills and neglect that fall squarely on the shoulders of its own residents, it also holds countless joyous and profound memories for an ardently familial and proud community.

For many years, the center housed a highly successful program run by the African American Leadership Council, Inc., under the direction of Bilal Habeeb Ullah. Hundreds of youth went through the program that catered to young community members in middle school and high school, helping pave the way for many to find employment or continue on to college.

Programs in job placement, computer training, literacy courses, summer youth camps and tutoring were offered – and when the program closed after almost a decade, the building’s usage dwindled. In 2011, the city finally pulled its funding for the center after opening the brand-new North Greenwood Recreation Center and transferring its remaining programs there.

While the ending of the AALC’s programming followed by the city’s withdrawal of financial support were heavy blows to the community, long-time neighborhood members who spent decades at countless family events, weddings, block parties – as well as younger members, who remembered years of summer camps, afterschool programs, parties and festivals – refused to let the community center die.

The location came to symbolize several generations of community pride, youth engagement and accomplishment, family development, social programming and events – and neighborhood members realized that there was no way they could give up on what had for so long held the heart and soul of resource-strapped North Greenwood.

The website describes the center’s vital role in the area eloquently: “Numbers can’t effectively describe the hope that we have seen in the eyes of the children able to take part in various gatherings and events at the neighborhood center.”

But the site goes on to list several dire statistics for the embattled area such as dismal black male graduation rates, the number of youths receiving food stamps in the highest in Pinellas County and has the highest juvenile crime in Clearwater.

After the city announced its plans, a group of community members joined to form the Martin Luther King Jr. Neighbor Center Coalition, and approached the Pinellas County School Board, which owned the building, about retaining the lease. The school board agreed – and the coalition set about gathering the support and assistance of many partners to make the necessary repairs and renovations. The Center re-opened in 2015.

The building recently hosted a flea market held by the NAACP Youth Council and sponsors an annual Father-Daughter Dance run by coalition members Lilly Henry and Alecia Collins-Andrews. This weekend the Center will host a Juvenile Transfer Reform In-Person Training presented by the No Place For A Child Coalition and the Southern Poverty Law Center.

Newly elected board president Carmen Lundy shared, “The Center is a place for families to become whole again. It’s a refuge right in the middle of the neighborhood. We’re about making the family whole — so we plan to offer School Readiness and Family Development workshops, and to help parents learn to advocate at school for their children.”

SPC Recruiter and Outreach Counselor Patricia Miles, who has been in the coalition for a number of years and helped with the gala planning, shared, “My job introduced me to the community — but it was my passion that made me stay. I saw the possibility and thought it would be criminal for the Center to go under. I knew the possibilities it could offer.”

The coalition itself has weathered several storms, and finances are an ongoing struggle. But long-time coalition member Lilly Henry spoke eloquently of the Center’s importance to the community even today.

“We want that center to always be there for our community; it means a lot. Even while it was closed there was no graffiti, and no one busted out any of the windows or did any damage to that Center — because of the name, and because of what it has meant to that community. Even the police department was very surprised. And of course, if it wasn’t for Dr. King a lot of us wouldn’t be what we are today.” 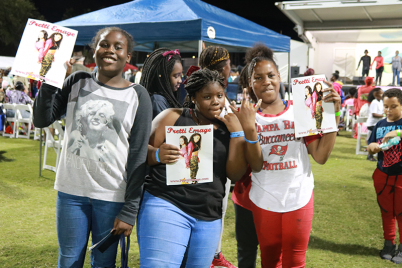 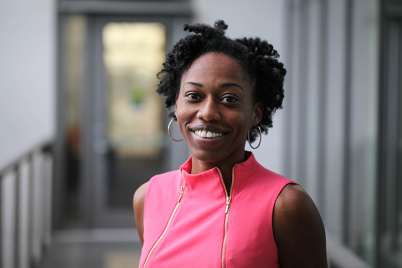 Entrepreneur runs nonprofit by day and deals cards at night