“Tragedy” is an understatement when describing the helicopter crash which killed retired Lakers basketball superstar Kobe Bryant, his 13-year-old daughter Gianna, an up and coming basketball phenom, and seven others on Sunday, Jan. 26.

It seemed that whatever else was going on in the world that day stopped, as people of all kinds mourned the death of a man who still had so much left to do in his life, and his daughter who was in the early stages of growing into the athlete, and the woman, she could have become.

When celebrities die, it’s the responsibility of news outlets to tell the public everything about them, the bad as well as the good. But there is a right way and a wrong way to do it.

It seemed as though the bodies of Kobe and Gianna Bryant were barely cold when Felicia Sonmez, a Washington Post reporter, tweeted a graphic 2016 article published in The Daily Beast about Bryant’s rape case.

In 2003, Bryant, then 24 and married, was accused of raping a 19-year-old woman who worked at a Colorado resort where he was staying. He claimed the sex was consensual. But a physical examination of the woman in a hospital the next day found “injuries consistent with penetrating genital trauma,” said a detective during a preliminary hearing, “. . . That’s not consistent with consensual sex.”

The case never went to trial, as the woman refused to testify in court, and in 2004, the charges were dropped. She filed a separate civil suit which the two settled out of court. Bryant issued a written apology.

“I want to apologize to her for my behavior that night and for the consequences she has suffered in the past year,” the public statement read in part. “. . .I can only imagine the pain she has had to endure.” He also apologized to the woman’s family and friends in the statement, as well as to his own family and friends. In a news conference held before the preliminary hearing, Bryant said he was “disgusted with myself for making the mistake of adultery.”

Following his death, various newspapers mentioned the rape case in their obituaries, but not at length, other than to note the initial effect it had on Bryant’s reputation, and his losing endorsements from Nutella, McDonald’s, and, briefly, from Nike, because of the case.

But Sonmez tweeted the entire Daily Beast article, as well retweeting death threats sent to her in reaction to the article.

At first, Washington Post managers objected to her tweet, an on the day after the helicopter crash, placed her on administrative leave while they reviewed whether her tweet violated the newspaper’s policies on conduct by its reporters on social media.

Then a letter to the Post’s managers from 300 Post reporters claimed that the action was unfair. By Tuesday, January 28, Sonmez was reinstated. And somehow the incident became one of whether the Post’s managers were interfering with a journalist’s obligation to tell the truth to the public.

Sonmez jumped back onto her Twitter account. Washington Post journalists endeavor to live up to the paper’s mission statement, which stated: ‘The newspaper shall tell ALL the truth,’ so far as I can learn it, concerning the important affairs of America and the world,” Sonmez tweeted. “My suspension, and Mr. (Marty) Baron’s (Washington Post’s executive editor) Jan. 26 email warning me that my tweets about a matter of public record were ‘hurting this institution’ have unfortunately sown confusion about the depth of management’s commitment to this goal.”

Baron had emailed Sonmez that her tweets displayed “a real lack of judgment,” a sentiment echoed by the newspaper’s managing editor Tracy Grant. In a statement, Grant wrote that in the wake of tragic deaths like Bryant’s and his daughter, “We consistently urge restraint . . .” Grant said in her statement that Sonmez had been reinstated because she was not in clear violation of the newspaper’s social media policy, and added, “We regret having spoken publicly about a personnel matter.”

Unfortunately, Bryant is not here to defend himself. Since that case, he was mindful of his image in the community and owned what he had done. He went on to be a good husband to his wife and a father who was involved in his daughters’ lives, despite his hectic schedule as a basketball player, and after his retirement, a coach for Gianna’s basketball team, a businessman, and an investor.

Bryant was never a sexual predator, as movie mogul Harvey Weinstein, singer R. Kelly and actor/comedian Bill Cosby were, according to their many victims. Why dredge up the rape case against Bryant now? As it happens, Sonmez is a sexual assault victim. As a victim, does she think it’s her sworn duty to tear Bryant’s reputation apart, even as he had apparently atoned for what he was charged with years before his death?

“A real lack of judgment” is a milder way of characterizing what Sonmez has done. Imagine how Bryant’s wife and two older daughters will feel if they read that article, even as they are coming to grips with the fact that he’s gone forever. How his thousands of fans would feel.

It is reminiscent of how the news media treat young black male victims of police gun violence. No sooner are the young men dead than “truths” are disseminated in order to minimize what happened to them, or to justify police brutality. This youth had shoplifted once. That one smoked marijuana. Of course, they “deserved” to die.

Bryant doesn’t “deserve” to be remembered primarily for the rape case. He should be remembered for all the ways he gave back to the community, his commitment to encouraging young people to “put in the work” to achieve their dreams. It would have been nice if Sonmez could have waited at least until after Bryant’s and Gianna’s funerals to launch her crusade for journalists’ right to tell the truth.

Meanwhile, I hope she can contain herself for a few more days so the rest of us can grieve in peace.

Margaret Summers, based in Washington DC, is a veteran broadcast and print journalist who has reported extensively for black news media including The Call and Post (Columbus, Ohio), The Bay State Banner (Boston), The Washington Informer, and WHUR-FM (both in Washington D.C.). She currently contributes to Medium, an online writer’s platform. 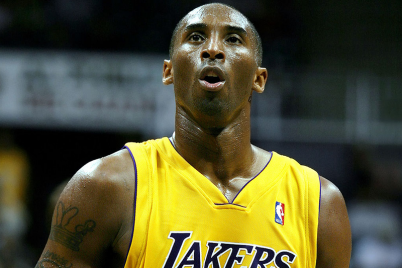 The legacy of Kobe Bryant in his own words

BY CURTIS BUNN, Urban News Service, A Division of Zenger News Kobe Bryant was the only…