Since last June and the online auction held last Sunday, more than $200,000 have been raised to benefit African-American youth further their education.

ST. PETERSBURG — Despite only being in their third year and not being able to have an auction last year due to the pandemic, local artist Jane Bunker and her Woodson Warriors Scholarship team were able to raise $157,000 for African-American students last Sunday.

Like many great ideas, this program was forged out of hard times.

Four years ago, artist Jane Bunker was going through a tough time. Like many people, she was struggling with the conflict in the country and experiencing some health and financial problems. She began to reflect on what brought her happiness in life, and the answer was painting and serving the community.

Drawing from her experience as a psychologist in the African-American community in Palo Alto, Calif., many years before, Bunker knew that was the community she wanted to serve. She met Terri Lipsey-Scott, executive director of the Carter G. Woodson African American Museum, and the two hatched a plan to work together to combine her love of painting with her desire for community service.

“We thought, ‘let’s see how many paintings I can paint over about a two-year period of time, see if we could sell them all, and then give all the money for college scholarships,'” Bunker said. “It was really just a dream.”

In two years, she would create 20 paintings, and in 2019 they would hold their first auction. This was a silent auction with no auctioneer, and a modest event was held at the museum. They sold a few paintings, and the rest stayed at the museum. It took time, but Bunker and Lipsey-Scott’s dream would soon become reality.

Over the next couple of months, more people would buy the paintings from the museum. Before it was all said and done, they would raise $43,000 and award scholarships to 17 African-American students.

Just as the program was picking up steam, they encountered another hurdle. The pandemic hit, and Lipsey-Scott and Bunker were forced to cancel last year’s auction. They lost money that had been spent on advertising and was not sure how to proceed.

Fortunately, the Black Lives Matter movement and civil unrest over racial justice would bring added publicity to their plight. Once people learned about what they were trying to do for Black youth and how their auction had to be canceled, they wanted to help support the cause any way they could.

“We started getting quite a lot of donations, and people started buying paintings directly from me without an auction,” Bunker recalled.

A friend of Bunker’s with connections to the local press would then lead to the opportunity of a lifetime.

After reading an interview with Bunker, Jeanne and Kevin Milkey of the Milkey Family Foundation would pledge to donate $50,000 towards their mission and $50,000 annually for the next 10 years.

This allowed Bunker to give the $43,000 they raised to the 11 original recipients that reapplied while using the $50,000 gift this year when things are getting back to normal.

Counting Sunday night’s auction, they were able to raise more than $200,000 since June.

While the first auction featured only Bunker’s artwork, she enlisted four of St. Petersburg’s most outstanding and successful artists this year.

Because Bunker is asking them for 100 percent of the proceeds, she knew she would have a better chance with artists that were already very successful.

Bunker’s painting, “Black and White United,” opened the live auction. Brenda McMahon, Mark Aelling, Steven Kenney, and Duncan McClellan were the accomplished local artists featured this year. All four pieces of art were specially selected for this moment by the artists.

This selflessness is not lost on the students, who are quick to express their sincere gratitude towards the artists and donors. 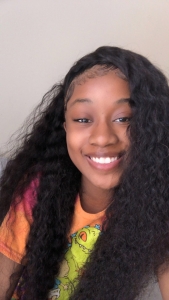 “I use the money for books, food, literally everything,” said sophomore psychology major Charnecia Cummings. “I just want to say thank you so much to the donors. Without you, there would be no Woodson Warriors.”

It is also a relief to their parents, said sophomore communication science and disorder major Lauryn Latimer. Her parents did not go to college, and she did not think they were prepared for how much it all would cost. This scholarship puts less on them, she said.

The money is also a motivator for sophomore marketing major Demetrius Williams. Knowing that people believe in him enough to invest their money in his education pushes him to never give up.

“I don’t want to let them down,” he said. “I am thankful for everything. Even the people that could only give one dollar. I also appreciate them just taking the time out to do this.”

To hear them tell it, however, it is about far more than the money.

Cummings is thankful for the time Bunker invests in them, both with the program and checking in on them and offering much-needed words of encouragement.

Latimer describes them as “one big family.” The students also text and motivate each other, and “it’s nice to know you always have someone in your corner,” she said. 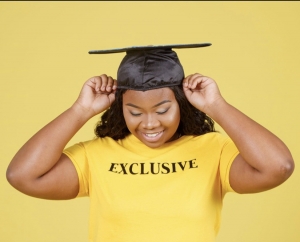 Williams also used the term family to describe the relationship between the students and the sponsors. At the end of last year, he and his family contracted COVID-19. Bunker would call and check up on him and offered words of encouragement and prayers.

“This let me know she sincerely cared about me personally,” Williams said.

Beyond the money and having people such as Bunker and Lipsey-Scott in their corner, the students all expressed how much it means to them, knowing that they have a diverse community who support and believe in them.

“It is obvious that regardless of background and color, they care. They are investing in our future,” Latimer said.

For people that would like to invest in the future of African-American youth in St. Petersburg, Bunker wants them to know that everybody can make a difference. Since last June, $5,000 of the money they have raised is from donations of $100 or less, she said.

“Even if it is a very small amount, it adds up, and we are very grateful.”

For more information on the scholarship program and to see artwork that is still available, please visit bunkerscholarshipauction.com.

Scholarship applications are available at woodsonmuseum.org. It is open to African-American college-bound seniors that live in St. Petersburg and maintain a 3.0 or better grade-point average. 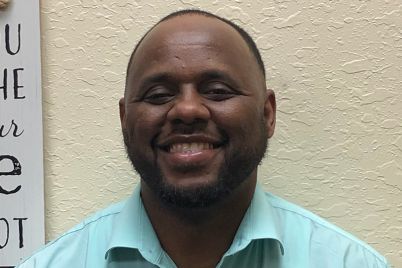 Joel Hornes is a Webster champion 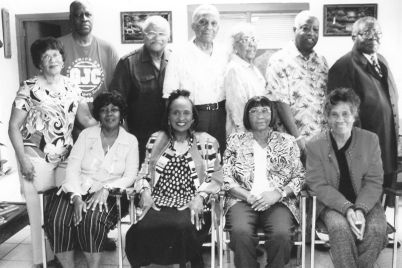 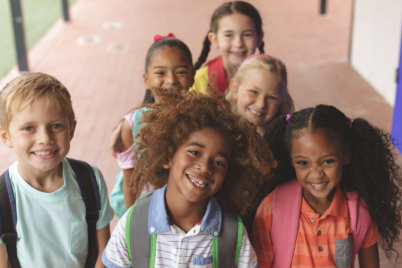 The 21st Century Summer Program is free and will include academic enrichment, creative…