L-R, Chardonnay Singleton, Epiphany Summers and Jamaica Reddick are a part of the Dream Defender’s action group that hosts Books and Breakfast each month.

ST. PETERSBURG – Every last Saturday of the month you can find a small group of people gathered in Childs Park to eat breakfast, pick up a book or two and have educated discussions about culture, social justice issues, political theory and educational development.

“We make sure that we have a public library in the park with good vibes and music,” said Organizing Director for Dream Defender Chardonnay Singleton.

Books and Breakfast is a national program that started in Ferguson, Mo., after the riots surrounding the death of Mike Brown by Darren Wilson, a 28-year-old white police officer. When the schools were subsequently closed, a group of activist and organizers created the program to feed the minds and bodies of the youth.

The St. Pete chapter was started by the Dream Defenders, a group committed to building a powerful, deep, local, organization and movement for freedom and liberation in Florida, in April of 2015. Throughout the two and a half years, they have fed hundreds of children and given away close to 1,000 books.

Books come in through online donations, churches, bookstores and everyday citizens who understand that education is freedom.

Everyone is allowed to come to participate. It’s not a library where you must bring the books back. They actually would rather participants keep the books and build their own home libraries, especially the children.

The St. Pete Books and Breakfast was created after taking a survey of 300 people’s wants and needs in the Childs Park area. The consensus was to have adequate wraparound resources for the youth.

“Come and get some books, share a space with us and be inspired by some grown people who’ll love on you,” Singleton said.

Different members of the Dream Defenders’ volunteer squad step up each month and organize the breakfast and explore a new theme that has some type of political, historical or educational component. The cooked food is always provided by a local black-owned business.

“We talk about how gentrification impacts communities and creates food desserts,” said volunteer Jamaica Reddick, 26, who got involved with the Dream Defenders because she wanted to be a part of a group that was impacting the community.

The Dream Defenders is a statewide social organization that was created after the senseless death of Trayvon Martin. They occupied the capital for 31 days and 30 nights calling for Trayvon Martin’s Law, which stood in opposition to the Stand Your Ground Law.

They eventually got Gov. Rick Scott to meet with them, calling a special session. However, the only solution he offered was to pray.

“So we were like, ‘OK, we’ll go home and pray but we actually need to get to work in building community with people across the entire state,’” said Singleton, noting that the St. Pete chapter is one of three official chapters in the state.

In St. Pete, the focus is on community organizing around school issues.

“Students are getting in trouble left and right in school,” she said. “We know that the discipline policies in Pinellas County disproportionately affect black and brown students.”

The Dream Defenders is calling for the school board to create a more just system, end suspensions and remove the police from the schools.

“Because we know they don’t actually make our kids safer. They create an environment where our children feel like they are being policed,” Singleton said.

It is not just about protesting with the Dream Defenders, they work towards having community programs with a consistent and concise campaign where they are actually pushing the school board to do right by black students in Pinellas County.

Epiphany Summers, 25, has been with the group since August. She was happy to help organize this month’s breakfast because she sees the need for the program.

“I know that there is a need for programs like this. South St. Pete is a food dessert and it’s nice to be a part of an organization that provides free breakfast, books and political education,” she said. 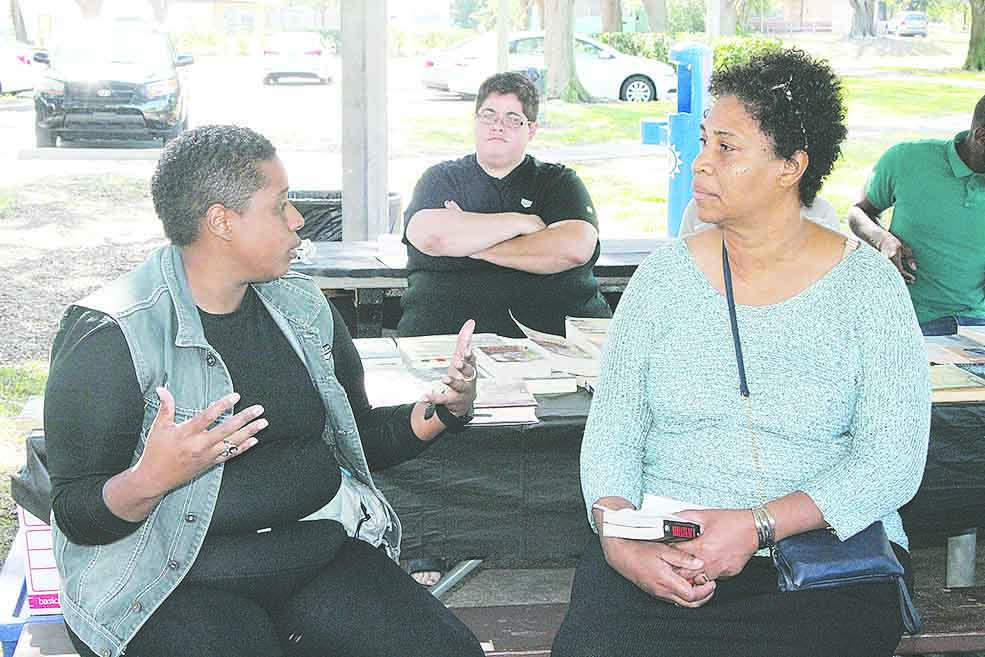 Cet Mohamed-Moore, left, explains how soul food is prepared across the African diaspora to Denise Ford and others.

Cet Mohamed-Moore, 31, facilitated this month’s discussion on debunking the myth of the first Thanksgiving and the wholesale slaughter of indigenous people that came from that “day of thanks.”

She also touched on the topic of soul food, which was originally celebratory food that was not eaten often and was made from better ingredients. Now when the topic of soul food arises, most people think of fried chicken and macaroni and cheese and disregard all of the vegetation, roots and tubers that were once consumed.

Mohamed-Moore said part of our ignorance of how food was prepared is because we have lost our African history, culture and language.

“Black and indigenous people both share a loss culture,” she said.

For more information about the Dream Defenders, visit dreamdefenders.org. 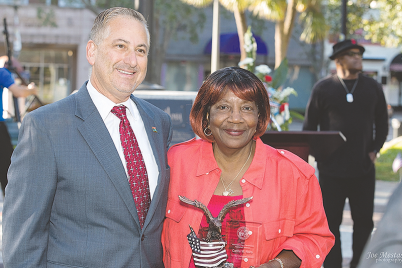 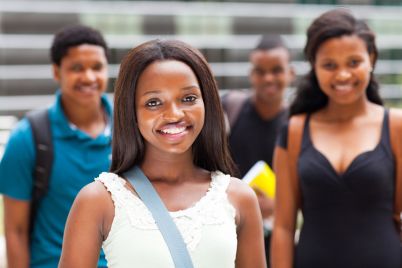