CLEARWATER — While many African-American communities across the county are dealing with the realities of police brutality and are struggling to bridge the gap between their community and law enforcement officials, the residents of Clearwater are enjoying the benefits of its home grown leadership under the newly appointed Police Chief Daniel Slaughter. 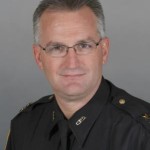 Chief Slaughter is a 22 year veteran that rose in the ranks of the City of Clearwater’s Police Department. He was sworn in as the new chief of police in August to replace Chief Anthony Holloway after he left Clearwater to become the head of the St. Petersburg Police Department.

Slaughter started his new post by immediately reaching out to the community. As part of a plan to get to know the people he serves a little better, he held a series of town hall meetings where residents had an opportunity to hear his plans for the police department and were encouraged to ask questions about the city and the department’s future.

But, he did not stop there. Slaughter has emerged as the liaison to the public for the entire department and he is being characterized as warm, open-minded and accessible leaving the community and its leaders optimistic about the welfare of their neighborhoods under his leadership. 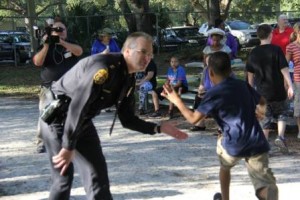 His level of engagement in the City of Clearwater is reflective of the significant advantage to the city’s decision to promote in-house talent over hiring a candidate through a national search. Good leaders lead by example and Slaughter has displayed that he is an individual with genuine concern and deep ties to the community.

With just less than six months under his belt, he has demonstrated that his position as police chief is more than just another job and another promotion at the police department. It is a responsibility that he takes seriously and holds in high regards.

If you have not met the Chief yet, than you are properly not very active or engaged in the Clearwater community because he can be found all over the north Clearwater area. In addition to the town hall meetings, the chief has attended a NAACP meeting, The Springtime Club’s Balloon Release, the Community Golfer’s Annual Pre-Thanksgiving Dinner and a Greenwood Panthers football game.

He has also made an appearance at Calvin Hunsinger School, sponsored the Ministerial Alliance Halloween Alternative Celebration, and most recently he partnered with Neighborhood Housing Services for the Feed America Campaign and helped to distribute food at the program which was held on Martin Luther King Boulevard last week.

“At a time when police and community should be so much closer together, that there should be a bond of legitimacy and trust between them, it’s not the case in so many communities around the country. We are fortunate. Chief Slaughter is like food for the soul in our community,” said Elaine Dash Wade of The Springtime Club.

As the head of the entire police department, the chief has taken on a huge role by serving as a public figure in the community. However, leading by his example, he has already set the tempo in the city’s neighborhoods and Slaughter’s actions are clear:  “we are one community.”

When it appears that law enforcement represents the interests of the communities in which they police, there is general harmony, such as that in the City of Clearwater.

“I believe his level of community engagement and partnerships will eventually expand local initiatives that strengthen and sustain the health of our community,” said Wade. “Together our community can accomplish incredible things under his leadership if we all work together.” 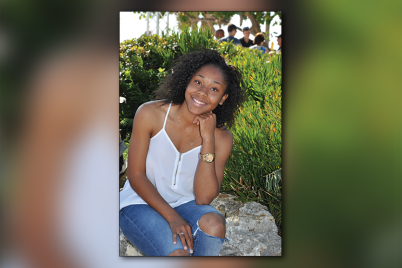 BY DEXTER MCCREE, Feature Writer ST. PETERSBURG –As a dual enrolled student through… 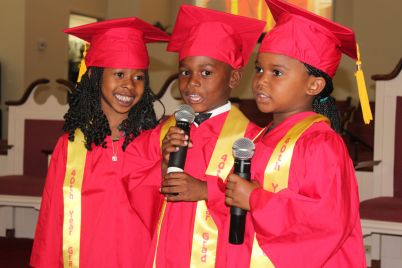 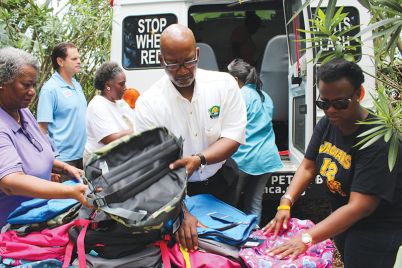