ST. PETERSBURG –  “At the end of the day, we have got to recognize in St. Petersburg, Fla., that we have a problem here with the racial, social, and economic injustices that impact African-American communities,” Maria L. Scruggs, president of St. Petersburg’s NAACP, said to those gathered at the Dr. Martin Luther King, Jr. Community Debriefing.

“And when we enter into this struggle, into this battle of recognition, the responsibility is for us to recognize that we have a problem, and then we need to be at the forefront trying to fix it,” Scruggs said.

Many St. Pete community members were baffled, angry and disheartened on a day that should have been filled with celebration, connection and pride after encountering an impressive show of police force concentrated in African-American neighborhoods.

Marked with a grand parade, children cheering on sidewalks, and a celebration of a man who brought hope to America in a great time of need, this year’s celebration was also marked by barricades, the flash of red and blue, and the uneasy feeling that St. Petersburg may not be as far along as some thought. 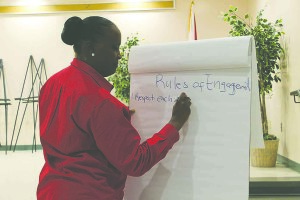 In response, the St. Petersburg branch of the NAACP hosted the community debriefing. More than two dozen residents and stakeholders, led by Scruggs, gathered Saturday morning at the Enoch Davis Center to voice their concerns and propose solutions to the issues surrounding the closure of Dr. Martin Luther King Street South from Fifth Avenue to 22nd Avenue and surrounding areas.

“I’m sure it was pondered on Jan. 15, 2018, is this really representative of the legacy and the life that this man gave to us,” Scruggs asked those gathered. “And I think that, because we are here, we can come to the consensus it was not.”

The three-hour meeting was filled with emotion. Many residents explained they lost business because of the street closures, and some reported encountering hostility when asking the police about their presence.

“We still have to prove our humanness in 2018,” resident Laurie Cooper said. “This is ridiculous. And I don’t care what the situation was. I’ve lived in St. Pete in this neighborhood almost all my life and I have never seen the whole entire south side blocked off the way it was. It is pathetic, and it is pitiful.”

Cooper asked why police activities in downtown St. Petersburg do not resemble what occurred on MLK Day in her neighborhood.

“In the meantime and between time, downtown is off the rip, drunkenness and all kinda behaviors. And that’s just seen as normal because when policemen are brought down there, they’re there to protect. When they come to us, they’re here to provoke.”

Some reported being asked to present identification to return to their own neighborhoods and drew parallels to other city celebrations wherein no such requests were made. Community members discussed broader issues of institutional racism within the city and ideas for combating those injustices.

“Our community is traumatized,” community activist Jabaar Edmond said. Edmond, with his young son present and eagerly watching, proposed an investigation into “the civil rights violations that occurred.”

Citizens asked for increased communication from the city to residents regarding permitting, vending opportunities, and to be in communication with those responsible for the positions and activities of police on MLK Day. Many called for the creation of a task force for implementing solutions or investing into a legal investigation.

Business owner Grady Terrell would like to see a return to the “communal policing” he remembers wherein officers actively take an interest in the lives of residents and operate, first and foremost, from a place of compassion and respect.

“Traditionally, there used to be like a spirit of freedom where you could rightfully assemble, enjoy your neighbors, walk around,” Terrell said. “[Recently], we’ve noticed they have had the premises covered with a feeling of ‘this has to be contained’…We want the police there as a presence, but not an occupying force, and there’s a fine line.”

St. Petersburg Police Chief Anthony Holloway and City Council members Amy Foster and Steve Kornell were in attendance. Holloway said that much of the traffic changes were in response to residents complaining about the late-night noise of street celebrations. However, Holloway also said that the changes should have been better communicated to residents ahead of time.

“When we started directing traffic around this event, we did not notify the community that we were going to direct traffic, and that’s where we made our mistake,” Holloway said. He asked residents and stakeholders to stay after the meeting to voice their concerns in person.

“I’m not running,” Holloway said. “I’m here. That’s why I’m here.”  Holloway said that residents should not have been asked to show identification to enter their neighborhoods and that he is planning an internal debriefing on the whole event for his department.

Scruggs is also currently working on a summary of the meeting for the NAACP’s legal defense fund to determine if legal action is warranted. 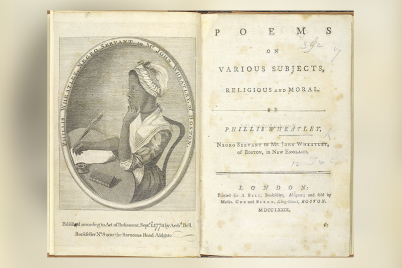 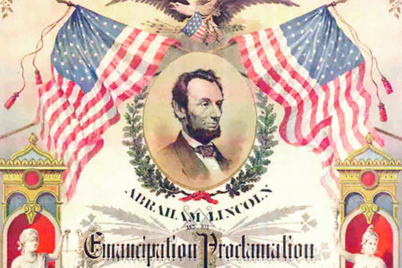