Empath Health Community Counseling provides supportive counseling services for anyone living in Pinellas County experiencing the loss of a loved one or during times of serious illness. Pictured is Leigh Davis, director of Donor and Advisor Relations for the Pinellas Community Foundation.

PINELLAS COUNTY — Leigh Davis was in the middle of organizing a charity bike ride from Houston to New Orleans when she found out her mother had pancreatic cancer. That single phone call started Davis on a much longer, more winding journey that eventually led her to Empath Health Community Counseling and a special group of grieving daughters.

After the diagnosis in April 2016, Davis dropped everything for Janet Davis, the woman who raised her as a single parent. She left her job at the American Red Cross, moved from New Orleans to St. Louis, and served as her mother’s primary caregiver.

Janet Davis passed away seven months later, just four days after her 70th birthday. Devastated, Davis took a few months to process her mother’s death, then began looking for a place to start anew. She made a list of 12 must-have attributes for her next landing spot. Tampa Bay met every requirement, and Davis moved to St. Petersburg. She now serves as the director of Donor and Advisor Relations for the Pinellas Community Foundation.

Even after settling in Tampa Bay, Davis struggled to return to normal without her mother. A friend suggested Empath Health Community Counseling. In January 2020, Davis joined a bereavement support group.

“I knew that would be a good thing for me to start doing,” Davis said of the group sessions, “processing in a group and processing with other people that had been through an experience similar to mine. I didn’t have any idea until I joined how similar it would be. We all had the bond of taking care of our mothers.”

Empath Health Community Counseling provides supportive counseling services for anyone living in Pinellas County experiencing the loss of a loved one or during times of serious illness.

Though Davis was further along in her grief journey than other group participants, she found common ground.

“There was definitely a bond around our moms and around, ‘You will get through this.’ The pain never goes away completely. It shifts; it changes,” Davis said. “It’s OK to be in this pain. It’s OK to not feel like you can do anything else.

“One thing I remember us all spending a lot of time talking about and getting emotionally connected to was not feeling like we had done enough, not feeling like we had shown up enough or that we had been available enough. The facilitators really held that space for us that we did all that we could and that our loved one appreciated it and how much love there was.”

Davis’ mother had been a psychologist, and because of that she was very comfortable with counseling. She recognizes that everyone may not be as comfortable seeking counseling as a support.

“I think there is a stigma around therapy, period,” Davis said. “There is a concern you’re letting other people into your life, your family’s business, and that they are then going to judge you, not hold the confidentiality. When you add the extra layer of depth to it, in our society, we do not talk enough about death, about grieving.”

Slowly, Davis began to connect with her mother’s memory through sharing her grief and hearing the stories of the group participants. The support group experience included an exercise in which Davis wrote letters to her future self, both from her perspective and her mother’s perspective. The letter she wrote to herself hangs in a frame near her bed.

“I do feel that after attending the group counseling, it helped me to the next stage,” Davis said. “I do feel like I was stuck, and I needed the experience.”

The Best Antiaging Products Designed for Women of Color

By Siraad Dirshe, ELLE All skin tones are susceptible to UV damage, confirms… 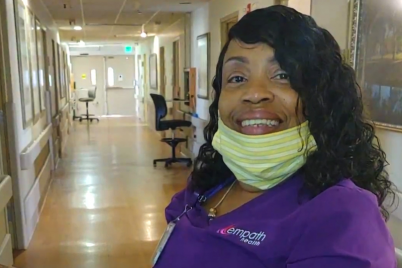 Lore Newton has been a certified nursing assistant for the past 23 years. By LaShante… 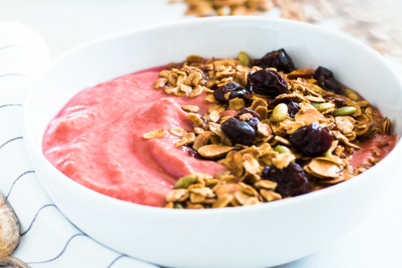