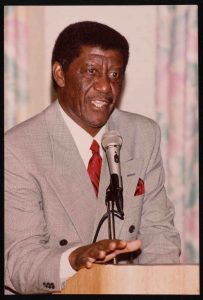 I AM Freddie Dyles, educator and basketball coach. In 1964, I joined Gibbs High School as a teacher and a coach. In 1966, Gibbs became the first all-black school to compete in the all-white Florida High Schools Athletic Association. One of the most electrifying sports events in St. Petersburg history occurred on December 30, 1966. All-black Gibbs played all-white Clearwater in the final game of a holiday tournament at the Bayfront Center to a crowd of about 7,500 spectators.

At the time it was said to be the largest crowd ever to attend a high school game in Florida. We won 70-66. In 1967, the Florida Constitution barred blacks and whites from associating in the same classroom. But it didn’t say anything about the basketball court, and it was on the courts where we waged our own battle for integration.

Next Tuesday, April 23 at the Pinellas County School board meeting, they will dedicate the Gibbs High School gymnasium in my name. The school board meeting will be held at Gulfport’s City Hall, located at 2401 53rd St. S in Gulfport, starting at 5 p.m. 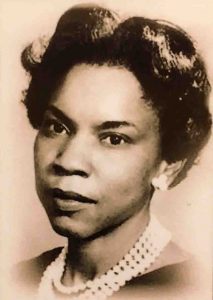 I AM Johnnie Ruth Clarke, educator and community worker. I was the first African American in St. Petersburg to attain a doctoral degree.

I received my Ph.D. in education from the University of Florida and became an Associate Dean of Academic Affairs at St. Petersburg Junior College. 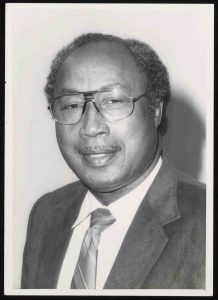 I AM David T. Welch, educator, businessman and elected official. My election to the St. Petersburg City Council in 1981 made me the second African-American council member in the city’s history, and I served for more than three terms. I was also a longtime educator and an administrator at what is now Pinellas Technical College. I served in an Army Airborne Division during the Korean War, one of the many toughening experiences that prepared me for arguing forcefully for unpopular positions during my era on city council.

In 2013, the Dr. David T. Welch Center for Progress and Community Development opened its doors to the Pinellas Ex-offender Reentry Coalition to helped returned citizens integrate back into society. This structure is the very same building that I spent close to five decades in scouring over spreadsheets and ledger entries when it was my tax service. 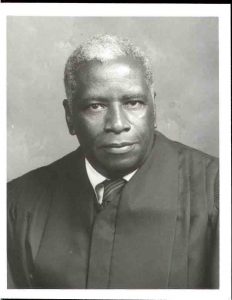 I successfully sued the Pinellas County School system to desegregate the schools, making integration a reality in Hillsborough and Sarasota Counties as well. In 1965, I waged a successful suit for the 12 black police officers, who were relegated to serving only the black community, to serve the entire city and in 1968, I defended the sanitation workers striking for increased wages and better working conditions when the city fired them. 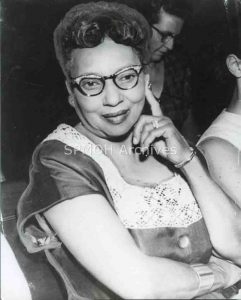 I AM Fannye Ayer Ponder, educator and community worker. I directed my limitless energy toward the advancement of women on the local, state and national levels working alongside such nationally prominent activists as Mary McLeod Bethune and Eleanor Roosevelt.

When the call came in 1942 from founder Mary McLeod Bethune, I organized the St. Petersburg Metropolitan Section of the National Council of Negro Women and provided its home at 1845 Ninth Ave. S. It bears my name. 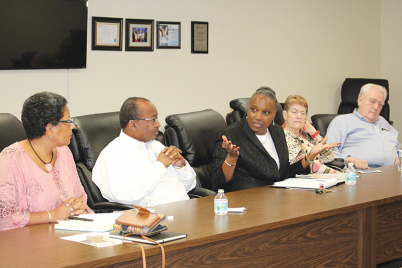 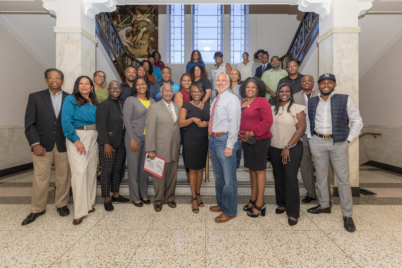