ST. PETERSBURG — In 1931, technology, pop culture, and major life-changing events were happening all over the United States and around the world.

RCA placed a transmitter for more broadcast TV at the top of the Empire State Building; in Chicago, the city ran out of money and was unable to pay its teachers for the last few months of the school year. The “Star-Spangled Banner” was officially adopted as the national anthem, Australia gained independence from Great Britain, and on Oct. 1, 1931, Mamie Hall was born.

To celebrate her 90th birthday, her family had a little something up their sleeve — something Mamie would be talking about for days after. Knowing how much the birthday girl loved a particular food, they threw her off by telling her they would celebrate her that morning with one of her favorite dishes. 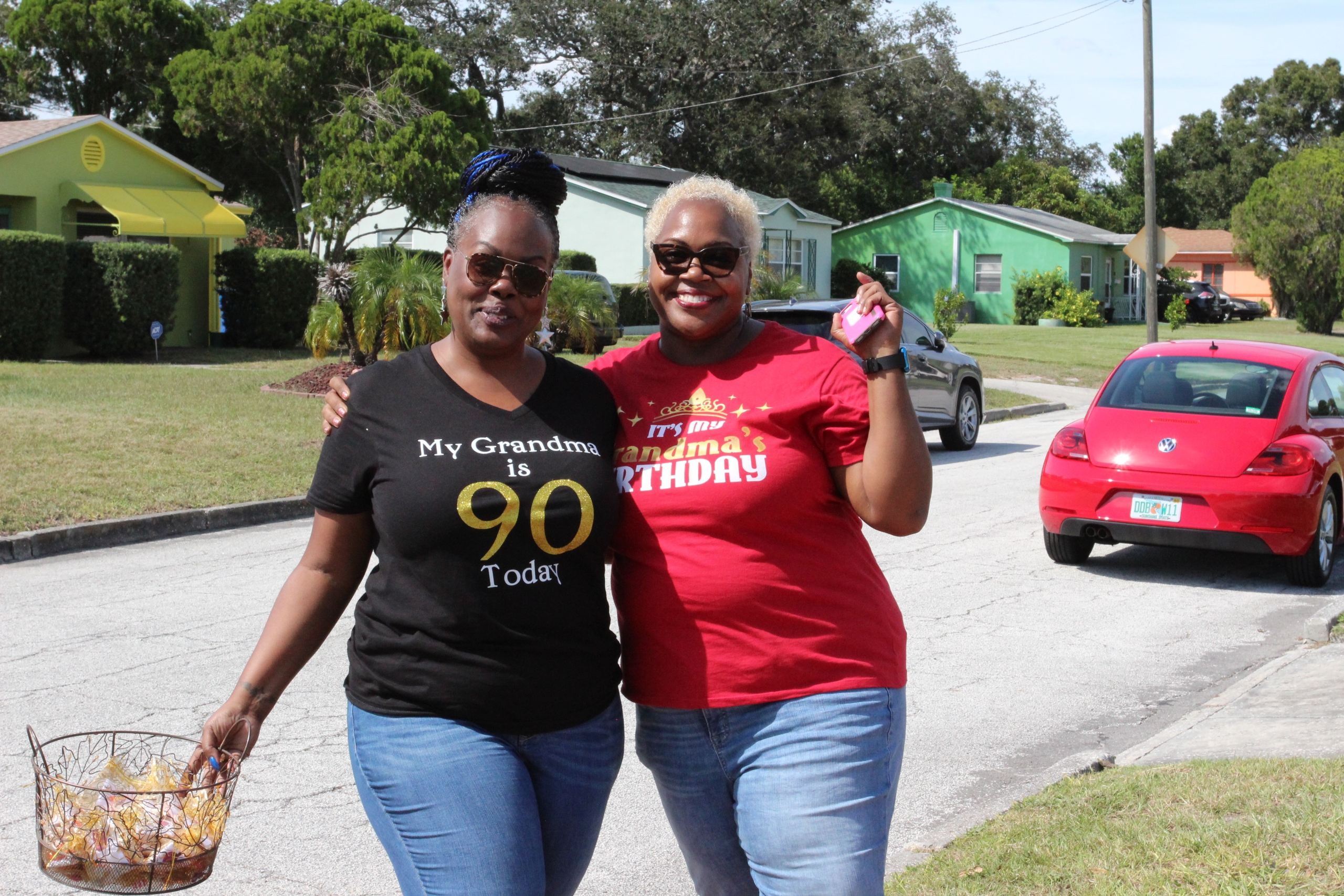 “We told her we had decided to have a fish fry for her birthday,” said Catherine Smith, Mamie’s daughter.

“I love fish,” Mamie said. “All I knew about was the fish fry; the rest of it was truly a surprise.”

The “rest” was a big birthday parade with cars stopping by to wish Mrs. Mamie a happy birthday. 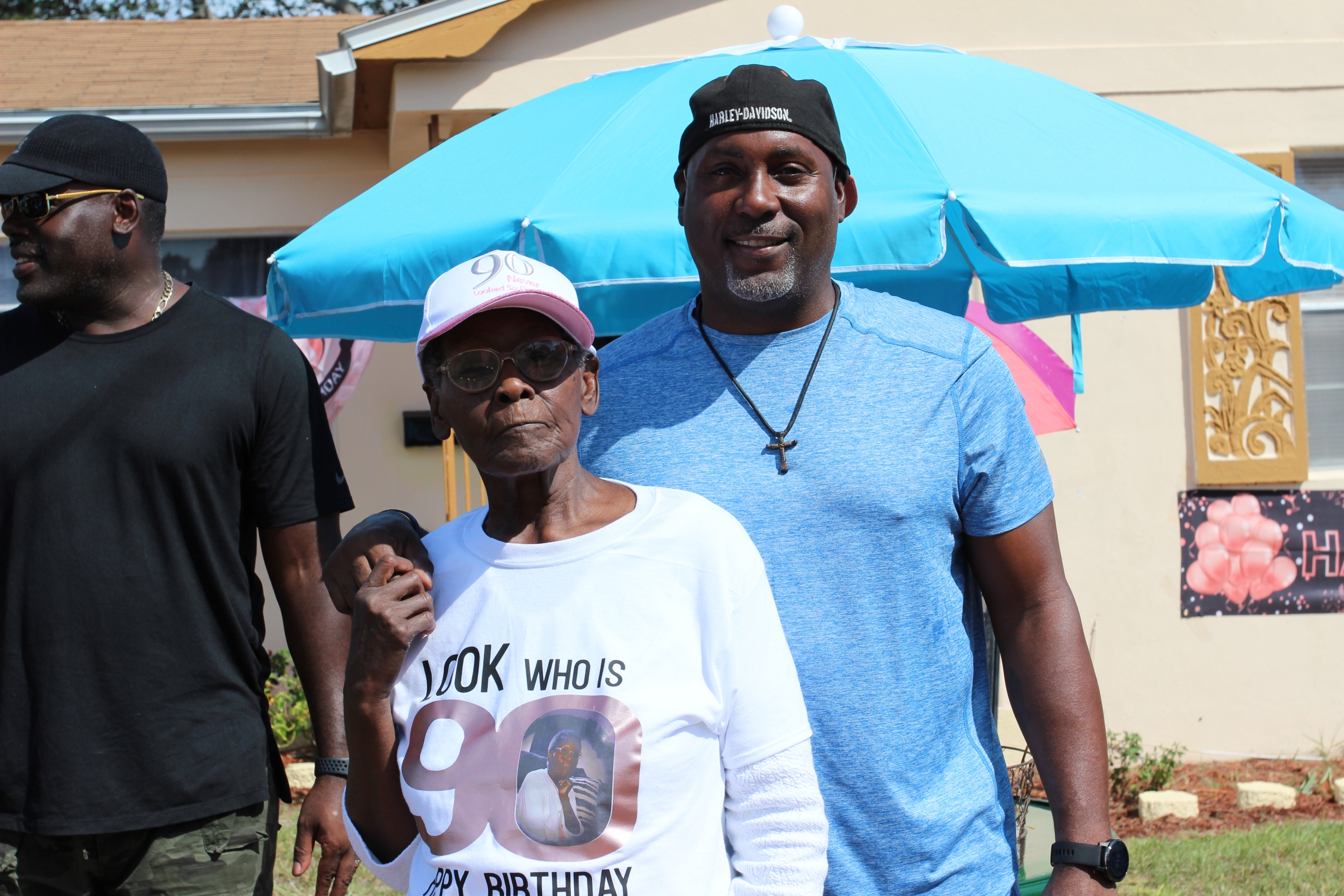 The birthday line began with a fire truck and police cars, including Mamie’s godson, who worked in the K9 Unit and brought some of his former co-workers to the celebration. At least 50 people stopped by to wish Mrs. Mamie a happy birthday.

“She was totally surprised,” Smith said. “She couldn’t believe it was all for her.”

Mrs. Mamie, who has five children (two deceased), said she was absolutely shocked by it all.

“I didn’t know what to think,” she was. “It was really a surprise.” 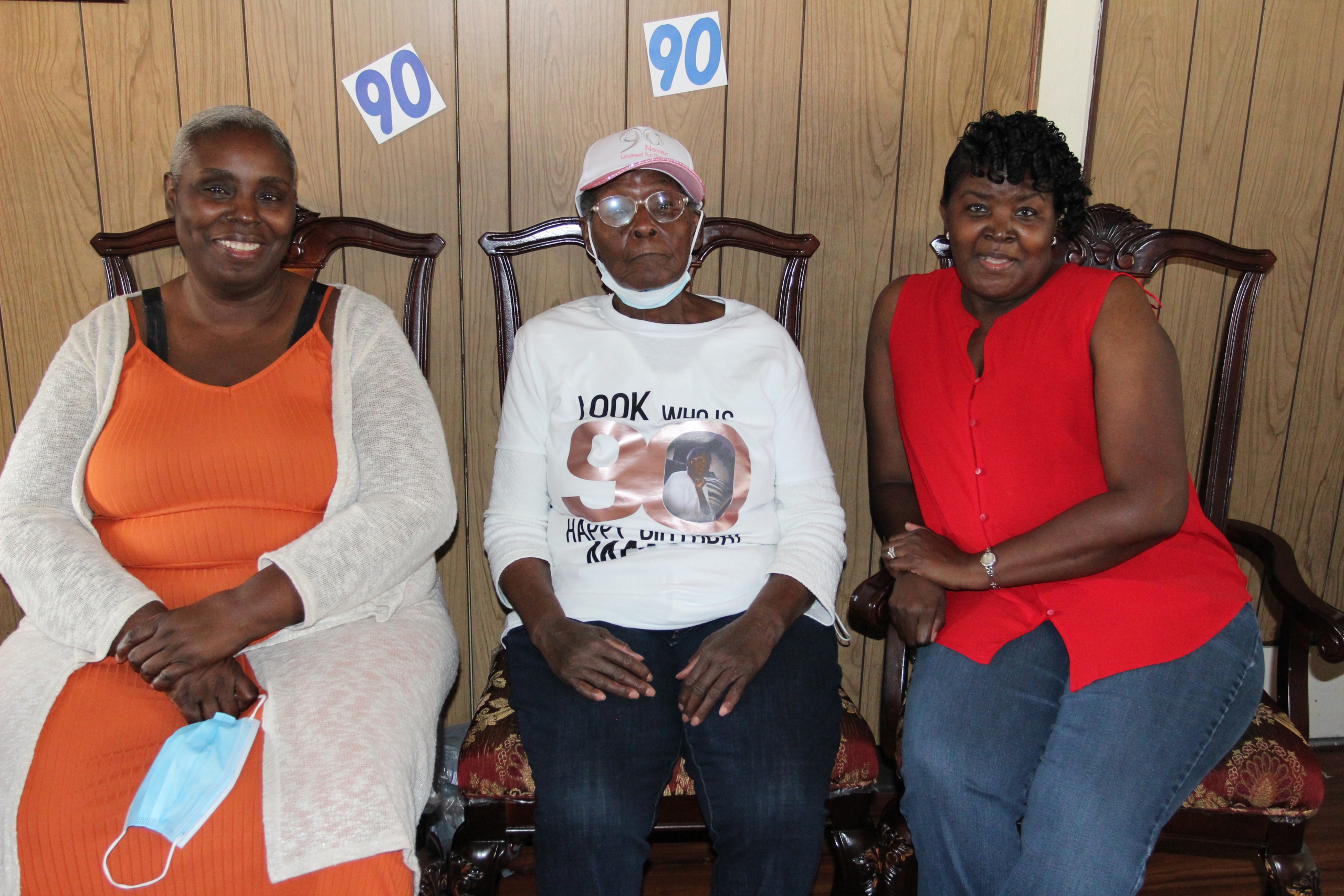 Along with community members, family, and friends coming out to wish her a happy birthday, Mrs. Mamie had relatives from Gainesville and Williston who made the trip for her milestone birthday.

“I think it was so beautiful that they were thinking about me on my special day,” Mrs. Mamie stated.

After the birthday parade, family and friends joined Mamie in her backyard for a piece of her favorite cake — yellow cake.

And, after living for nearly a century, one might think things like witnessing the election of the nation’s first Black president or living through segregation or the Great Depression might be the experiences Mrs. Mamie looks back on as those that have stuck with her the most. But for her, the one experience that has had the most lasting impact is that she had the opportunity to see her 90th birthday.

“I am truly blessed to be 90 years old, and I thank Jesus for blessing me,” said the grandmother and great-grandmother of 25.

“That is such a true statement for my mother,” Smith said. “All of her siblings are gone; she is the only one that’s left.”

But while Mamie took the time on her birthday to reflect on the past 90 years, she still looks forward to each day and her daily routine.

She starts every morning by reading her Bible, then, at 9:30 a.m. sharp, she participates in her fitness program on TV.  The fitness show, Sit and Be Fit, is designed especially for seniors and allows them to sit in their chairs and follow the instructor through a series of exercises.

“I really enjoy it, and I need the exercise,” she said.

Then after breakfast, it’s time for her favorite shows. Smith said the family knows not to bother mom during her Bible time or when “Wheel of Fortune” or “Young and the Restless” are on.

Mrs. Mamie said her life is good, and she knows that she has a lot to be grateful for. Her daughter said although her mother isn’t one who always has a lot to say, her birthday celebration still makes her smile, and it’s something she still talks about.

“She just keeps talking about how wonderful it all was,” Smith relayed. “We are glad it made her happy.”