Green Bay Packers wide receiver Marquez Scantling and his parents, Tahisia and Marcellus Scantling, gives back to the St. Pete community each Christmas day even when he’s unable to attend. Seen here with Senator Darryl Rouson and son.

ST. PETERSBURG — Daystar Life Center hosted native son and Green Bay Packers wide receiver Marquez Scantling’s annual charity event on Christmas Day. Headed to the playoffs and unable to attend, he made sure his parents, Tahisia and Marcellus Scantling, continued a tradition he started in college.

“When he was in his last year of college, he told his dad at church that he wanted to do something to give back, and he had the idea of giving away three backpacks,” said Tahisia. “And he said he wanted to go give it to the homeless people. And I kind of chuckled. Three backpacks isn’t a lot.”

Listening to his mother, Marquez took to social media, and an influx of donations came pouring in. That night, he and his parents pack about 80 backpacks full of toiletries and blankets. Not quite sure where to distribute them, they rode around Williams Park looking for the homeless.

Christmastime 2018, the trio was back at it, but this time with so much more. Gloria Campbell let them use her building on the eighth block of 22nd Street South, where they gave out about 200 backpacks, 250 plates of food, had professional barbers giving haircuts and distributed shoes and clothes donated by Marquez’s NFL player friends.

Christmastime 2019, the Scantlings took the giving to another level. Jane Trocheck Walker, executive director of Daystar Life Center, was all too happy to let them host the event at their new multi-million dollar building located across the street from the Thomas “Jet” Jackson Recreation Center in the heart of Midtown.

“What greater gift can we give than to celebrate the Lord’s birthday by doing something for someone else,” said Walker.

Daystar’s mission is to provide the necessities of life to their neighbors in need. They are able to provide individuals and families with emergency food, clothing, personal care products, internet and phone access, income tax return preparation, bus passes and gas vouchers, help with obtaining identification, and a safe place for their mail to be delivered.

Inside of the 10,000-square-foot facility, the Scantlings were able to have rooms for haircuts, nurses’ stations, cafeteria seating for eating delicious food prepared by Heavy’s Food Truck, backpack distribution rooms and practically a department store filled with clothes and shoes; many donated from Green Bay Packers players.

Volunteers from Daystar and the Scantlings’ friends and family helped the event go off without a hitch. There were so many people willing to give up their Christmas day that volunteers had to be turned away.

The Scantlings giving up part of their Christmas didn’t start three years ago. It’s an ongoing tradition in their family. Each year before opening up their gifts, the family spent time giving back at such places as Metropolitan Ministries or Habitat for Humanity.

And just because Marquez is in Green Bay doesn’t mean that he’s forgotten about his hometown.

“That’s my foundation, and the homeless population is a far more populated down South,” said the NFL star on the phone from Michigan while cooking Christmas dinner. “That’s my foundation. That’s the community that raised me in south St. Pete, so obviously I want to get back to where it all started.”

There’s no end to Marquez’s giving. He plans to continue this tradition and more.

“There are always people in need, so if I can give back to as many people that need it, that’s always the goal. I want to get it as big as possible where it’s affecting people nationwide.”

This is the second Christmas Marquez had to miss his event because of a game, but it’s not about him.

Leftover food, backpacks, and clothing were donated to St. Vincent de Paul Center of Hope and other organizations. 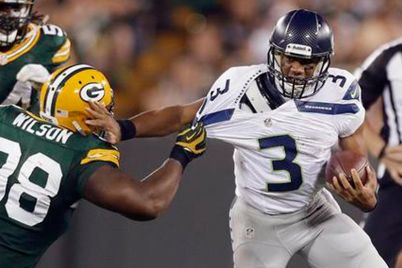 Green Bay Packers: 5 most underrated players on the roster

Joe Kipp | Fansided The Green Bay Packers’ roster is scattered with talent, but every… 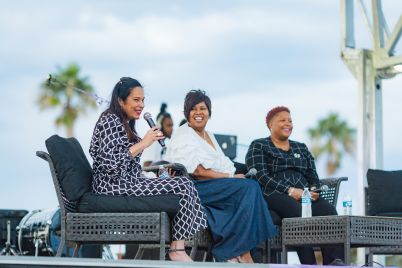