ST. PETERSBURG — Standing outside the Pinellas Ale Works Brewery on Sep. 29, Mayor Rick Kriseman delivered updates on COVID-19 restrictions and the state of protests in the city that have escalated in recent days.

He noted that bars and breweries can now operate at full capacity statewide, and added that with the COVID rate in Pinellas is “as low as it can get,” and said he didn’t necessarily have a concern about the greater occupancy in such establishments as long as the safety guidelines were followed. These include tables spaced out, and masks are worn by patrons when not eating or drinking, as required by the county ordnance.

However, the mayor was quick to point out that he didn’t share Gov. Ron DeSantis’ view that all of Florida is trending the right way when it comes to COVID cases.

“I do worry about places in Florida that have not yet brought their positivity rate down,” he said. “It feels like the governor is really forcing the issue and trying to paint a picture that everything is going well throughout the state, and that’s simply not the case.”

Kriseman said he is confident, though, that the vast majority of restaurateurs and bar and brewery owners will put public safety first and urged all business owners to think about their comfort level as it relates to occupancy. Kriseman also underscored the importance of wearing a mask.

“Let’s be clear about this: any business in St. Pete has the right to refuse entry or service to someone not wearing a mask, the same way they would if someone was not wearing a shirt or shoes,” Kriseman said. “It is their business, and they can set their own rules.”

In addition to the county’s face covering requirement, the city has established a requirement that all businesses open to the public must have a COVID mitigation plan based on CDC guidelines. Per a new order, as of Oct. 5, a business that hosts private functions will be required to incorporate CDC guidance on events and gatherings into its plan.

The new order also promotes public awareness by requiring the plan to be posted online if it has an online presence. The business must also post a conspicuous notice at its entrance stating that its mitigation plan can be available upon request.

“Failure to comply with the mitigation plan requirements could result in a municipal ordinance violation,” Kriseman said.

Concerning the COVID rate in Pinellas, the current two-week rolling average for positivity is just over three percent, the mayor noted, adding that this is the lowest percentage positivity rate in Florida’s 10 most populous counties. It has remained at this low rate for five weeks now, even with schools reopening.

Kriseman shared some of the starker statistics, stating that nearly 22,000 people have tested positive for COVID to date, and 744 of them have died in Pinellas. He also said that 70 percent of Pinellas deaths can be attributed to long-term care facilities, and the hospital bed availability in Pinellas remains stable.

On Oct. 5, city operations will “largely return to normal,” with most city facilities reopening to the public. This includes libraries, recreation centers, and offices that were open to the public before COVID — though all must follow the safety guidelines.

Outdoor events, such as food truck rallies and the annual Come Out St. Pete event, which won’t be holding a parade this year, will take place as street festivals. As of now, the city plans to allow a limited number of fans to attend the next St. Pete Grand Prix race.

Kriseman also addressed the nightly protests that have been taking place in St. Pete, noting that the city has not seen the mobs or violence that have descended upon other cities across the country. Yet in recent days, “things are happening at once now that have raised the temperature and have brought some attention to St. Pete,” he said.

He explained that the protests related to social injustice have recently become reenergized because of the Breonna Taylor decision in Kentucky. The city supports peaceful protests, the mayor said, but “we are not a city that supports violent behavior or destruction of property.”

Tensions have escalated in recent days as groups of conflicting protestors have clashed on St. Pete streets — notably on Fifth Avenue near Beach Drive — as some of these members were wielding guns and knives.

Kriseman said he has not and will not ever give the St. Pete Police an order to “stand down” and not arrest someone who has broken the law.

The mayor also expressed concern about those willing to “fan the flames and stoke fears” during an already-contentious election cycle.

“Those coming from out of town to cause trouble here, whether on the left or the right, are not welcome here,” Kriseman said. “If you intend to peacefully protest or counter protest, have at it. But keep your guns and your knives or any other weapon that you might have at home.”

Regarding concern for the possibility of a caravan of counter-protesters suspected of planning to come to the city, St. Pete Police Chief Anthony Holloway spoke to them directly: “If you’re coming here to cause a problem, we will arrest you. If you come here to peacefully protest, you have every right to peacefully protest.”

The chief added that the SPPD is looking for three suspects that were armed during a recent protest near Beach Drive, where two people pulled out knives while a third pulled out a gun.

Kriseman noted that denouncing all cops as murderers or labeling all protestors as anarchists and enemies of democracy is unacceptable, adding that it is incumbent on everyone — from the President of the United States to those protesting to mayors — to “turn the temperature down.”

“We can’t allow anger, distrust, outright or hidden anger, bigotry, or racism to change who we are as a community,” Kriseman said. 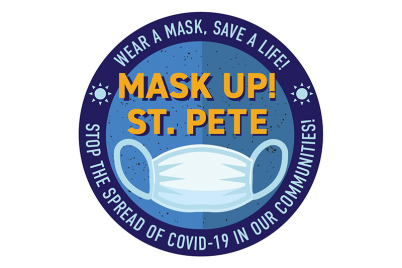 By J.A. Jones According to the most recent Florida statistics, COVID-19 is skyrocketing… 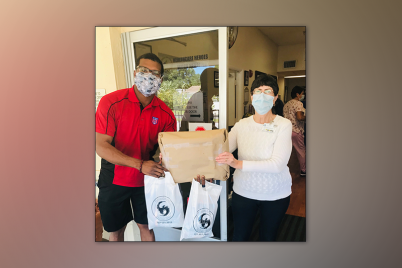 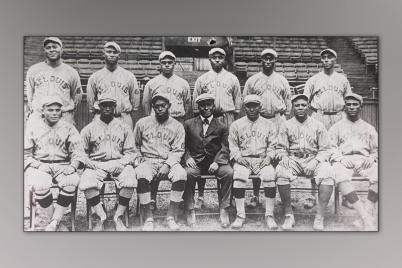 Photo of the 1916 St. Louis Giants with Ted Kimbro standing on the back row, third person…