Sandy Fields came to Bible Based Fellowship Church in Tampa looking for community, something she felt was missing at the church she attended while living in New York. Fields has a 26-year-old daughter who is autistic and has schizophrenia, and she wanted to find a church that embraced the whole family.

At first, it wasn’t easy. The church welcomed the family, but Fields said people didn’t always know how to act around her daughter, who told her mom she felt like people were avoiding her. But things are different now. 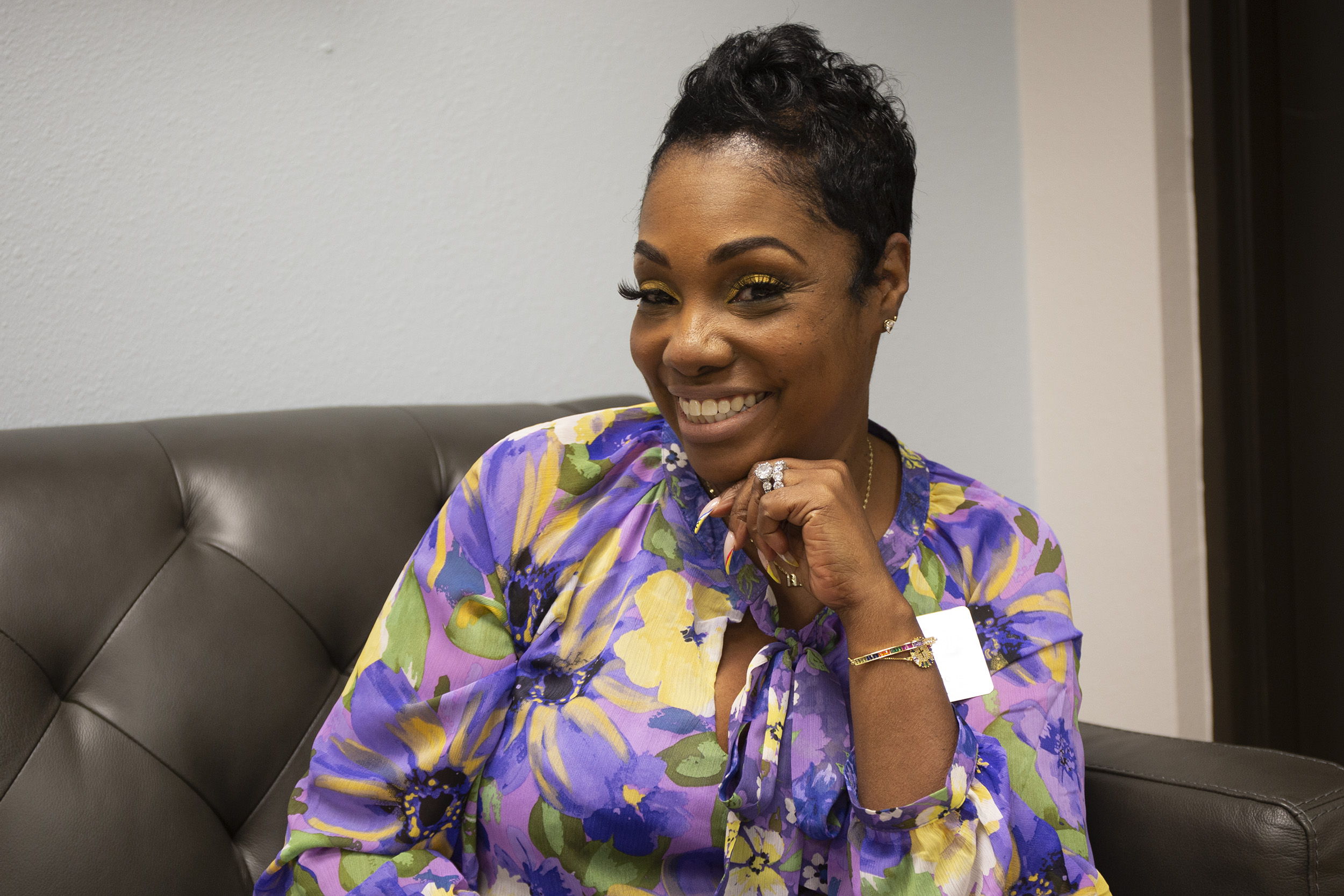 Sandy Fields, a member of Bible Based Fellowship Church in the Carrollwood neighborhood of Tampa, has a 26-year-old daughter who is autistic and has schizophrenia. She’s found a supportive home at this church, which has leadership well-versed in the mental health needs of its members. Daylina Miller | WUSF Public Media

Her pastor has been raising awareness about mental health in the congregation, and Fields said the education efforts are paying off. Church members are involving her daughter in youth ministry and other duties. If they know her daughter is having a tough day, Fields said people are mindful of that and keep her in their prayers.

“It’s those things that have helped her, and the love that she gets from the congregation and just you know talking to her, and acknowledging her,” she said.

Bible Based Fellowship, a predominantly-Black, non-denominational church in the Carrollwood neighborhood, is one of many churches addressing the mental health of their members.

Though Black churches have long been trusted resources in their communities, some haven’t been as supportive of mental health in the past. 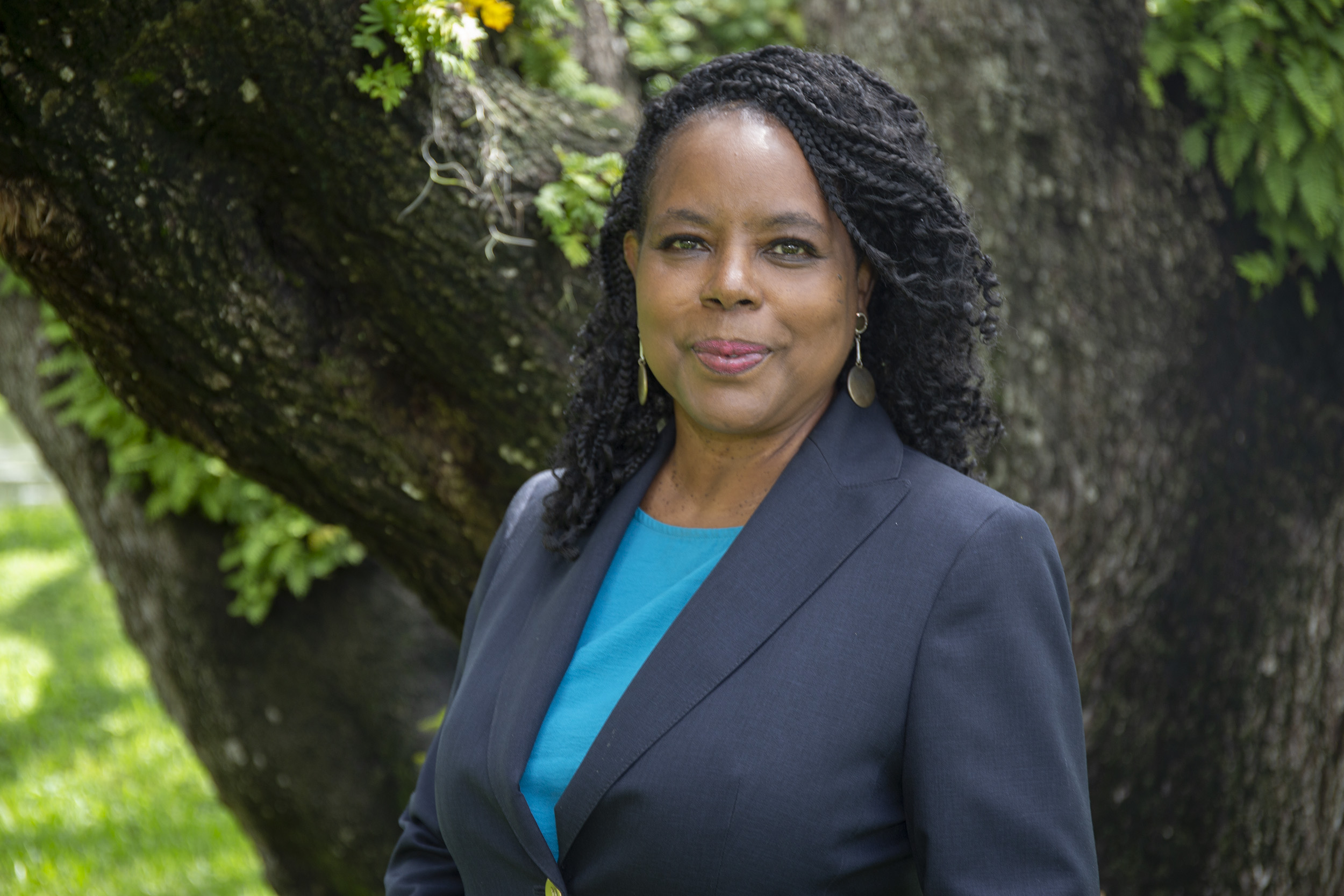 Fear and misconceptions about mental health have affected how some church leaders respond to members in need, according to Dr. Katurah Jenkins-Hall, a licensed clinical psychologist and founder of Greater Reach Alliance of Counselors and Educators, or G.R.A.C.E.

“They would say it was that person’s fault. They would blame it on lack of faith, even on sin,” said Jenkins-Hall, who is a pastor herself. “And so if you identify those kinds of underlying issues as being causative, then your treatment is going to be you need more faith, you need to come to church more, you need to pray more, and we know that’s not the entire story.”

Through G.R.A.C.E., Jenkins-Hall trains pastors to promote mental wellness among all their church members and how to recognize when someone is experiencing a crisis. The group also provides professional counseling to people who can’t afford to get care on their own.

Bible Based’s lead pastor Anthony White received the training and refers members to Jenkins-Hall if he feels they need help beyond his counseling.

White said there was already a need for more mental health resources in his church, and then the coronavirus hit. The pandemic strained just about everyone’s mental health, but it was even more pronounced for Black Americans. Black people were more likely to know someone who died from the virus and were more likely to struggle financially. Mass shootings and police violence against Black individuals added more trauma.

“And yet we have not educated, helped to educate the broader congregation on mental health, nor have we really helped to guide people,” White said. “…And so I think more and more churches, particularly African-American churches, Black churches, are seeing that, particularly in the wake of COVID, there’s more we need to do to support people.”

In addition to working with G.R.A.C.E., White recently earned a doctoral degree in pastoral counseling. This past year the church started hosting mental health support groups.

“As a means of really fostering an environment where people don’t have to feel like there’s something wrong with me, or even if I’m just giving care to someone with mental health that I’m not in it alone,” said White.

The support groups have been a huge help for Fields.

“I learned there were also some in the congregation who had the same experiences that I was dealing with with my daughter,” she said. “Because it is a lonely feeling unless you talk about it.”

Mental health advocates in the congregation like Brenda Webb Johnson, a licensed clinical social worker, help run the support groups and host other awareness events throughout the year. Her father lived with bipolar disorder, and though faith was a critical part of the family’s life, they didn’t always feel comfortable talking about their challenges with church members. 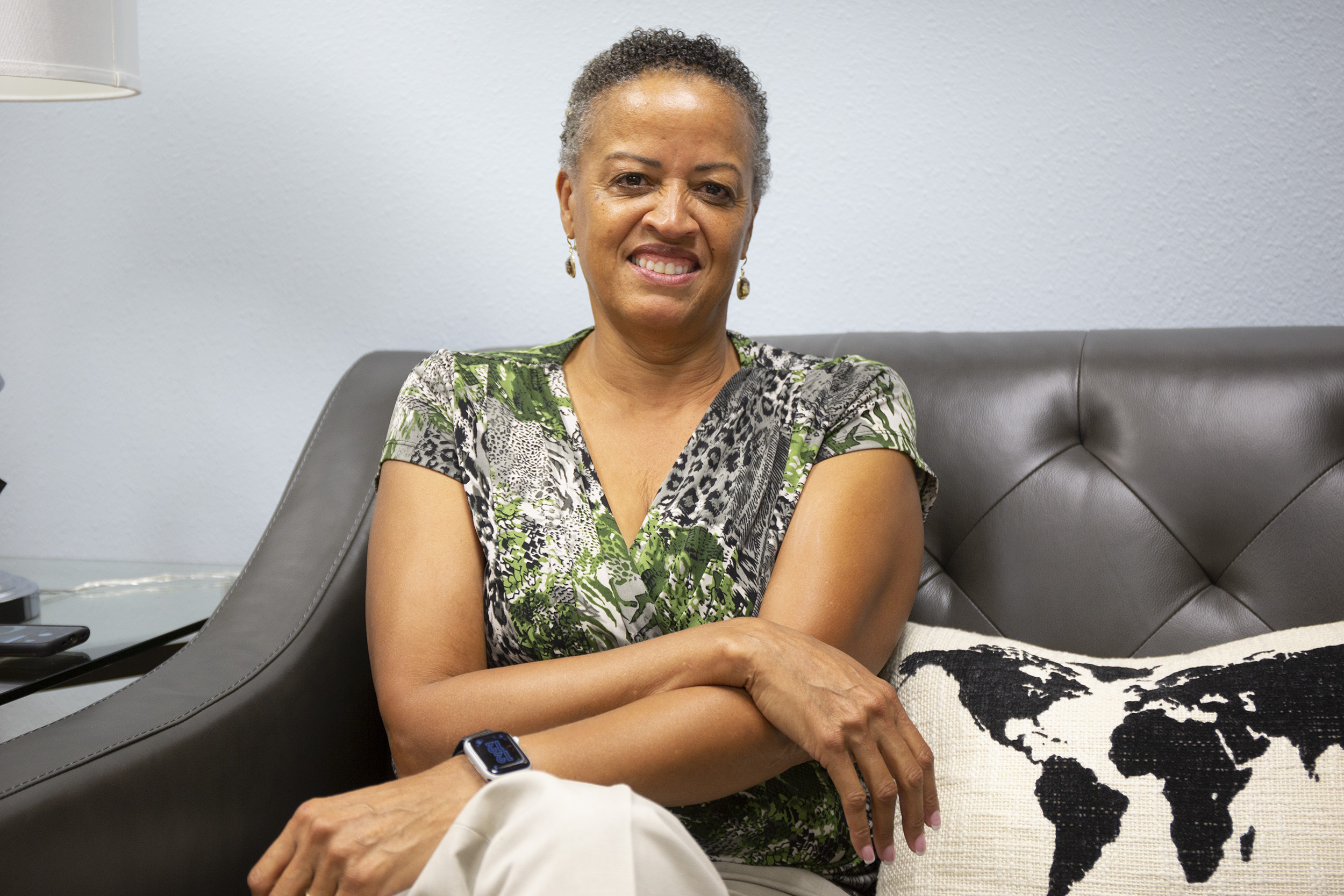 “If you have somebody who is suffering from cancer, you’ve got people who are going to go take a meal to them, right?” she said. “Are they going to take a meal when their loved one is in crisis for mental health? We need to be more supportive regardless of what the health condition is.”

According to the Pew Research Center, Black Americans are more religious than other racial and ethnic groups. Jenkins-Hall, with G.R.A.C.E., said it’s crucial that mental health care for people of faith involve their spirituality. It also needs to be culturally relevant.

Traditional forms of counseling were not designed with people of color in mind, said Jenkins-Hall. Racial injustice and access barriers have caused some Black individuals to distrust the healthcare system. They also face generational pressure to keep family matters private.

Jenkins-Hall encourages churches to host group workshops about mental health, emphasizing storytelling and creativity so that people can be in a comfortable space and no one feels singled out.

“Then usually after a presentation like that, someone will find the courage to call and say, ‘You know you were talking about me, it’s really relevant for me and my family. How can I get services?’” she said.

One pastor is delivering the message directly to his congregation by incorporating it into the Sunday service.

On a recent Sunday morning, Pastor Doug Walker opened his service at Tyer Temple United Methodist Church in East Tampa with a prayer about substance use disorders and healing.

“During this week, our prayers will be directed to all those who suffer from addictions,” he read aloud. Later on in the service, he spent a few minutes telling everyone about the new number for the National Suicide and Crisis Lifeline, 988.

Walker devoted his sermon to discussing the power of words and how what people say – or don’t say – to someone struggling with mental illness can make all the difference. Walker holds this service, called Recovery Sunday, once a month at Tyer Temple.

For Walker, it’s personal. He’s been sober for more than 20 years after battling severe drug addiction and spending time in jail. 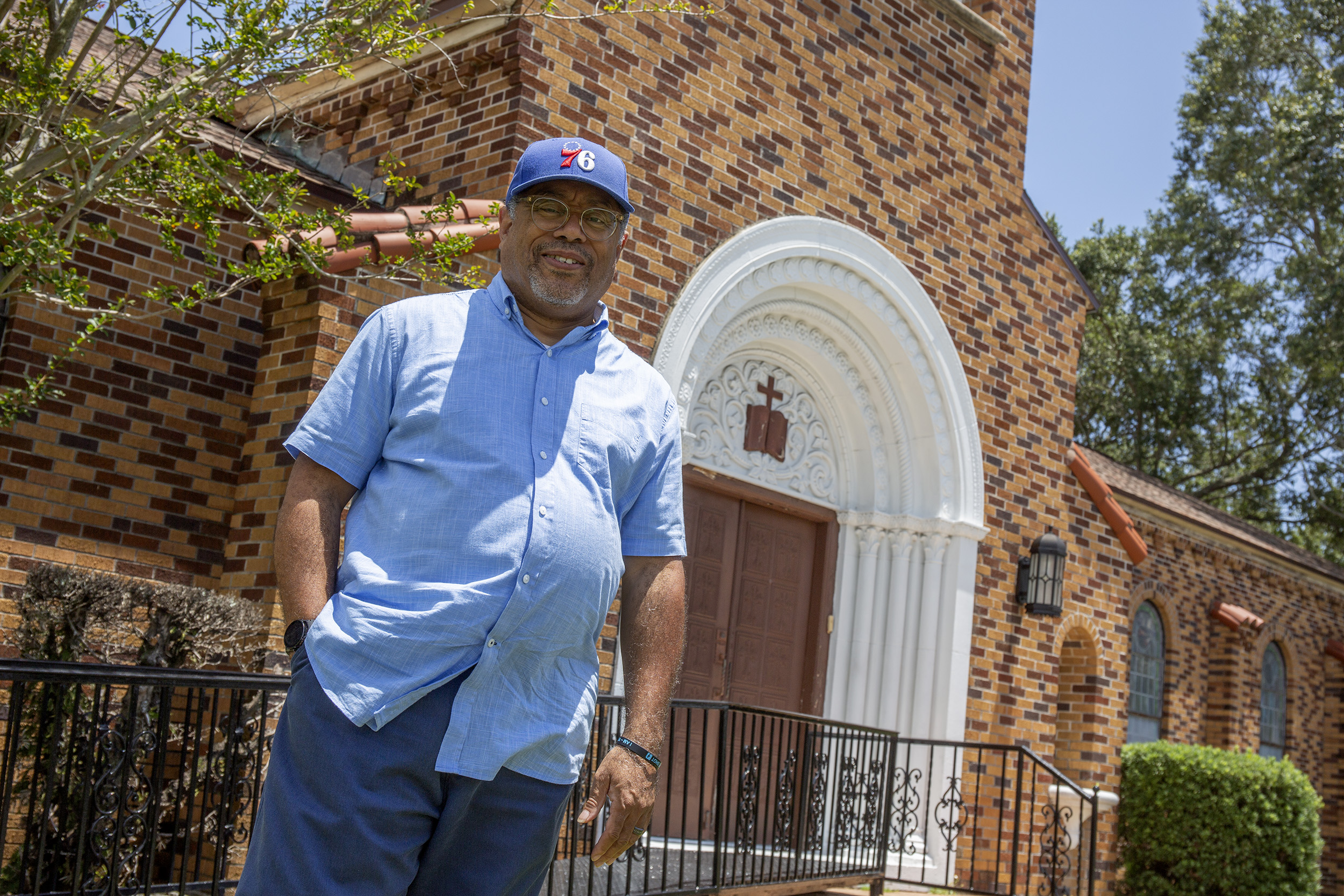 “I spent a lot of time in a lot of churches where I was either told that there was no hope for me, God could not use me, or it was clear without even being told that I needed to keep my situation to myself,” Walker said. “And so I was not free in that space to be who I am.”

Once he found a church that embraced him, Walker said he has been on a mission to replicate that feeling for others in his church and in other sanctuaries around the country, where he and his wife train congregations in trauma-informed ministry.

Many people have told him they appreciate Recovery Sundays, but Walker admits not everyone does.

“Some people feel like this is church, and it should be about church, you know?” he said.

But Walker said promoting mental wellness during services ensures everyone hears it, even those who don’t realize the issue affects them too.

“The reality is, particularly in this community, all of us are dealing with some sort of trauma. And most of it comes from persistent toxic stress,” said Walker, citing racism as a driving factor of that stress for all Black Americans. Systemic inequities create more challenges for residents in the East Tampa neighborhood he serves, including poverty and limited access to services. 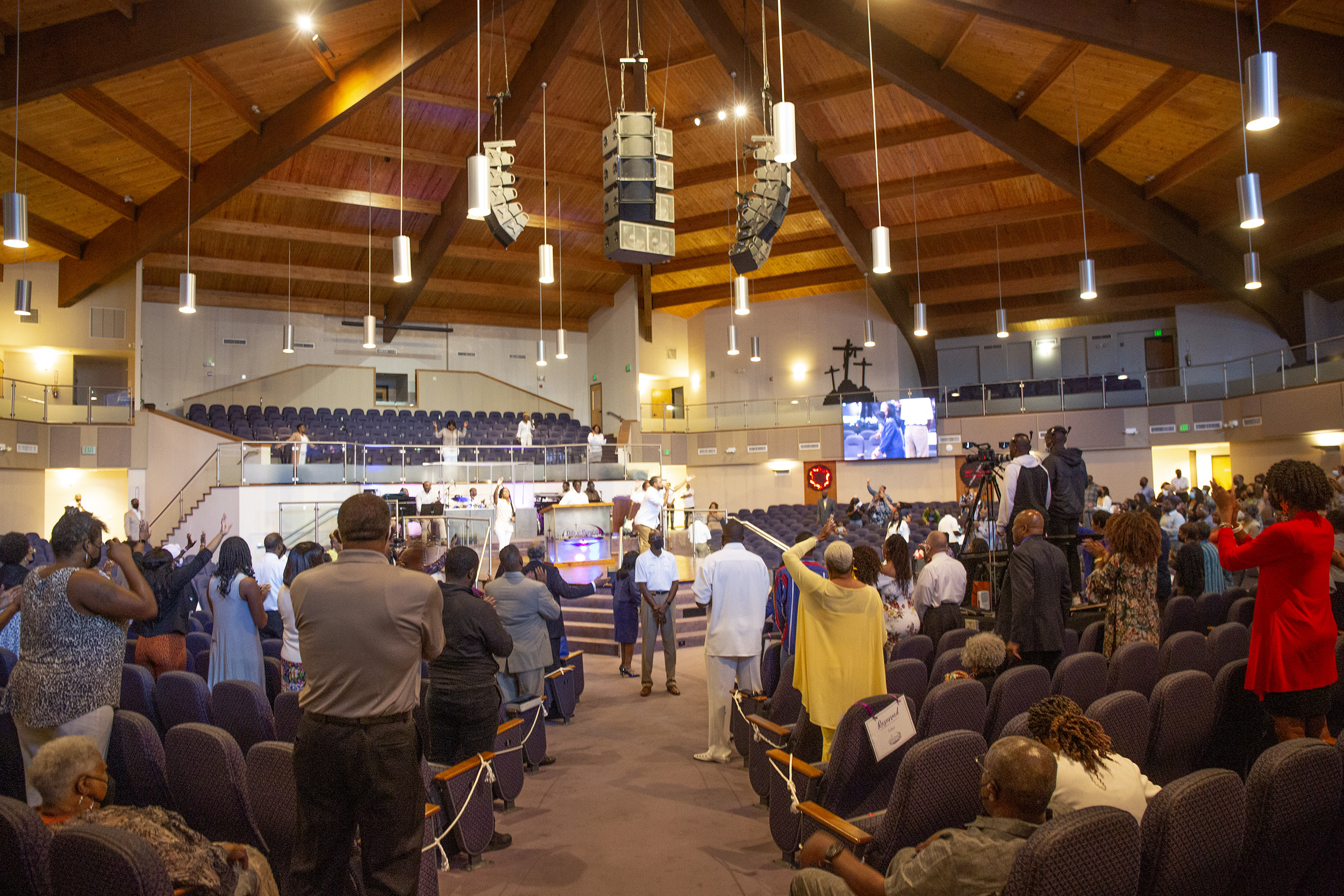 Bible Based Fellowship, a predominately-Black, non-denominational church in the Carrollwood neighborhood of Tampa, is one of many churches addressing the mental health of their members. Daylina Miller | WUSF Public Media

In the same way, he helped bring COVID-19 testing and vaccines to his community, Walker said he’d like for the church to be a source for mental health care. But it’s a lot easier to swab someone’s nose than it is to guide them through anxiety or depression. Churches need more resources, Walker said, but in the meantime, they’ll do what they can.

“It helps people at least to be able to sit down and listen without retraumatizing,” he said. “That doesn’t mean you’re going to be able to fix people’s issues, but you can at least give them a listening ear.”

The pastors said they would keep chipping away at mental health stigma in their congregations and connect people with resources so everyone feels well, in body, spirit, and soul.

Stephanie Colombini is a healthcare journalist for WUSF Public Media. This story is part of a collaboration with the Florida Courier, The Weekly Challenger, RoyalTee Magazine and WUSF. It also is a part of the national America Amplified community engagement initiative, supported by the Corporation for Public Broadcasting.

The following are resources focused on addressing mental health care in church communities: 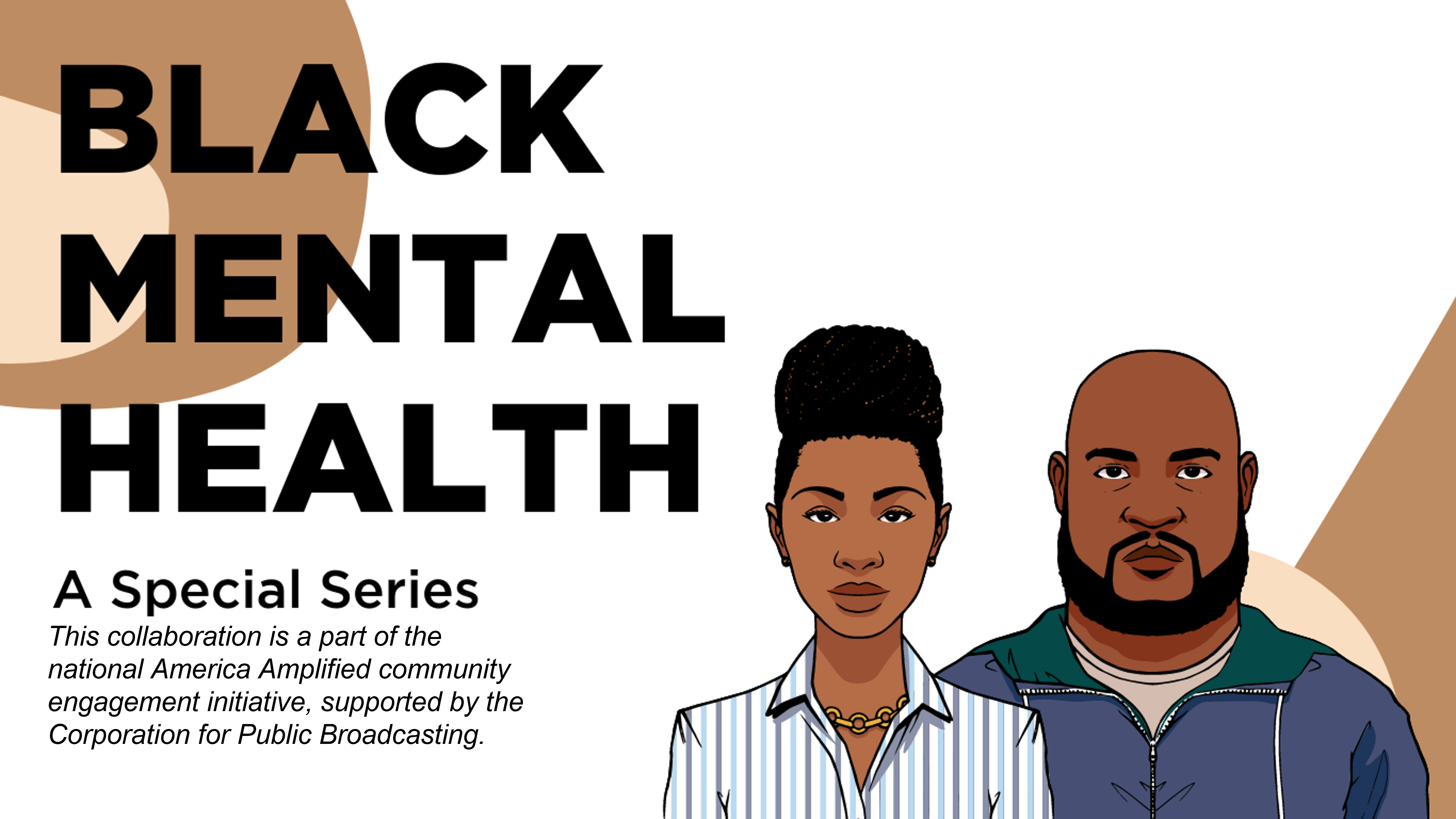 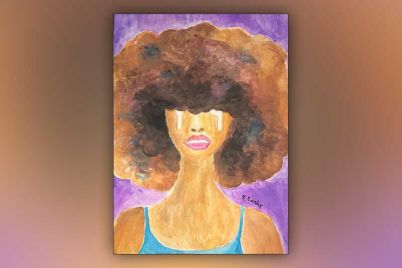 By Kalia Early, 15, Youth Farm Participant There are currently millions of teenagers… 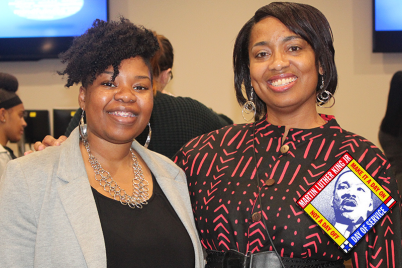 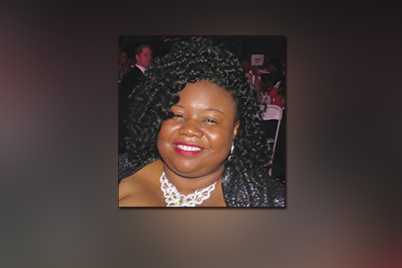