You can find Brady ‘Mr. I Got ‘Em’ Johnson at the St. Petersburg Saturday Morning Market selling delicious barbeque with a smile on his face donning his penguin suit.

BY ABBY BAKER, The Gabber

ST. PETERSBURG — Brady Johnson knows how to wear a tuxedo and top hat, whether he’s standing over a sizzling grill in 90-degree heat or dancing the night away on the dance floor. Either way, the 72-year-old, 6-foot, 5-inch-tall owner of Mr. I Got ‘Em BBQ is easily recognizable in his self-appointed uniform.

“I’m pretty good at wearing a tuxedo,” Johnson said. “It don’t bother me too much. I run errands in a tuxedo sometimes.”

Of course, the tuxedo-wearing business owner has a story.

Johnson, known as Mr. I Got ‘Em, owns Mr. I Got ‘Em BBQ. The comfort food stall is a staple at the St. Petersburg Saturday Morning Market that Johnson started in the late ’90s. But before he was a local legend, Johnson was a young man growing up on a farm in rural Alabama in a town called Alberta. He marched in the Selma to Montgomery March in 1965 and participated in the Civil Rights Movement led by Dr. Martin Luther King, Jr.

“In Alabama, it was different, and at the same time, it wasn’t because it was the only way I knew,” Johnson said. “I saw some things I didn’t like. I just wanted to go to the front of a restaurant and be waited on. What’s wrong with that?” 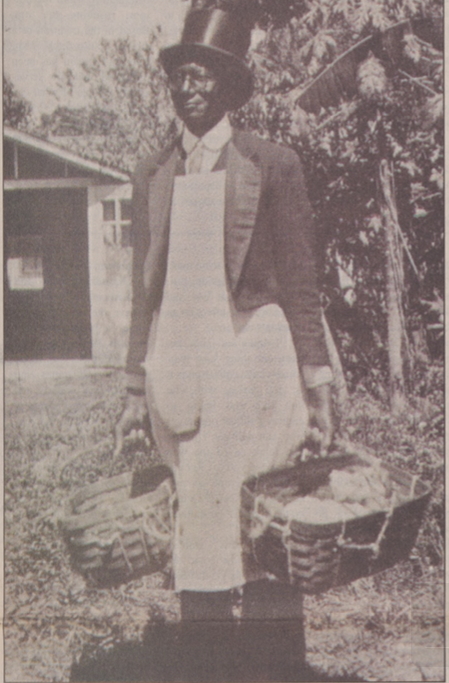 When Johnson came to St. Petersburg, racism was prevalent in the city. The white-only green benches were removed in the 1960s, but the energy of segregation was still palpable.

Johnson, paying homage to his distant relative Elijah Moore, adopted the habit of wearing a formal suit. Johnson said Moore was a vegetable vendor living in pre-WWII St. Pete. He dressed in a tuxedo and would call out, “You want ’em? I got em!” to customers passing by.

Johnson began selling produce in the ’80s and transitioned to the barbecue St. Pete now knows in the ’90s, but he kept the name and image of Moore alive. He still works with his original cooking partner, Henry Jackson. Though the Alabama native is happy he spent his career with the sanitation department, he said things were not perfect. They’re still not perfect, and he’s not afraid to speak out.

“I encountered racism, and I was used to it, being from Alabama,” Johnson said. “When you’re not white in America, you learn how to be Black in America. Working in sanitation, I would see young white guys doing things I couldn’t do no matter how long I’d been there.”

When Johnson isn’t selling his turkey legs and ribs, he’s dancing. Swing dancing, to be precise.

Johnson often goes to the Gulfport Casino Ballroom to dance, where, every Wednesday night, he can swing dance. The crowd knows him well, and he’ll dance the night away with multiple partners. 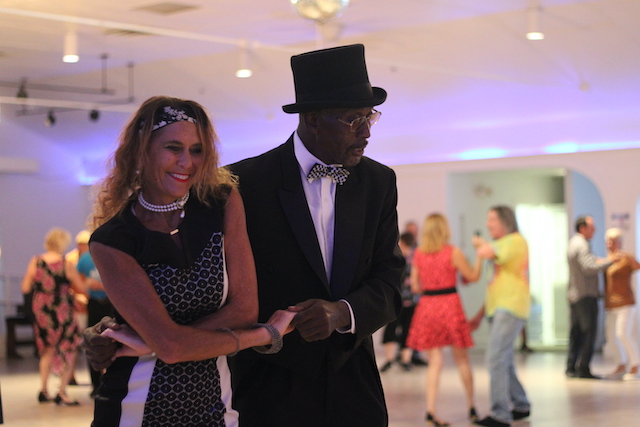 “I like dancing, and it keeps me in good shape,” Johnson said with a laugh.

Not always, but sometimes, Mr. I Got Em’ wears his tuxedo on Wednesdays. He owns 30 of them, after all.

This article originally appeared in The Gabber. 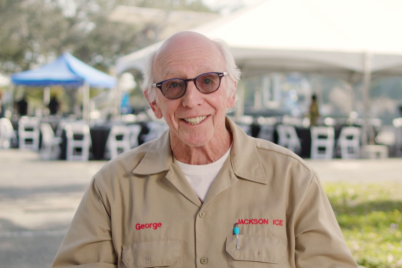 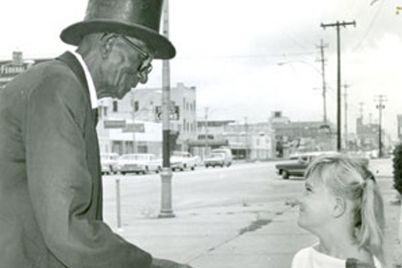 The Original Mr. I Got ‘Em

Elijah Moore came to St. Petersburg in 1912 and, for decades, sold peanuts all over town…