ST. PETERSBURG — The Academy Prep Center of St. Petersburg (APSP) is proud to announce that Gina Tanase Burkett, a St. Petersburg native, has been selected to serve as its Head of School, effective May 27.  She was chosen after an intensive search that vetted strong educational leaders from as far away as New York, Massachusetts and Mexico.

She graduated from the University of Alabama at Birmingham, where she earned a Bachelor of Science in Marketing (minoring in Computer Science) and a Masters in Business Administration.  Part of an accomplished family in St. Petersburg’s tennis circuit in the 1970s and 1980s, she received a full four year intercollegiate tennis scholarship to attend UAB.

Burkett entered the education field shortly after earning her MBA, and has over 25 years of experience as a teacher and school leader.  She has served in schools in New Orleans, Tampa, and St. Petersburg, including the last 17 years at Northside Christian School.

During her service at Northside Christian School, she played an instrumental role in building the school’s technology foundation, served as its academic dean and has served as the principal of the middle and high school for most of the past decade.

Northside’s high school, which sends nearly 100 percent of its graduates to colleges and universities around the country, has reached its highest enrollment in its history under Burkett’s leadership.

“We are very excited to bring in such an accomplished educational and community leader as Gina Burkett.  She is committed to transform the lives of children through a meaningful and demanding education, and we know she will build upon the great work accomplished by our outgoing head, Leanne Howard.  Gina will guide a school that has become one of the true education pillars in our community,” said APSP Board of Trustees Chairman Joe Bourdow.

Burkett is excited to take on such an important role in St. Petersburg’s education community: “I am looking forward to being a part of Academy Prep’s mission that is having such a profound impact on our city.  It will be exciting to utilize my experience and education to work with the outstanding faculty, staff, and board who have a solid and proven vision to enhance the lives of students and families in our community.  I also anticipate many opportunities to connect with our families and community friends to continue developing a partnership in our mission of building leaders of the future.”

In its 17 year, the Academy Prep Center of St. Petersburg is a grade 5-8 private middle school where all students attend on full scholarships based on financial need.  Students attend Academy Prep up to 11 hours a day, 6 days a week, 11 months a year in a demanding academic and extracurricular program, followed by an intensive graduate support program guiding alumni through their high school and college years.  Ninety-three percent of Academy Prep’s alumni graduate from high school on time, and 75 percent of its graduates go on to colleges and universities throughout the country. To learn more, visit academyprep.org/stpete. 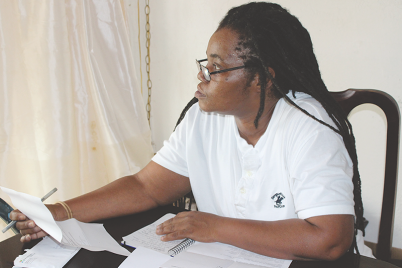 The face of the uninsured, part 2

BY JOYCE NANETTE JOHNSON, Staff Writer This is the continuation of my daughter’s… 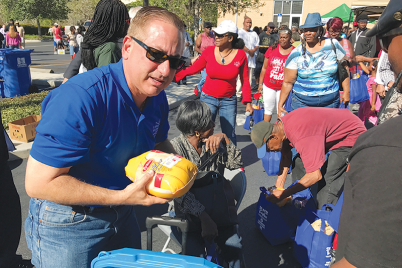 The miracle at Lakewood Elementary

“Dr. Wobbly arrived shaky, remains shaky, and has yet to demonstrate the subject matter…