CLEARWATER BEACH – Hundreds came out to celebrate 41 years of Pinellas County Urban League’s (PCUL) service and impact on the community at their annual Equal Opportunity Day Gala. Held Dec. 8 at the Sand Key Resort on Clearwater Beach, the theme for the evening was “Yet, Still We R.I.S.E. (Reach, Invest, Serve, Empower).”

Senator Charlie Crist brought greetings from the U.S. House of Representatives and took a few moments to encourage the room to get involved in the community, and of course, to support the PCUL in any way possible. 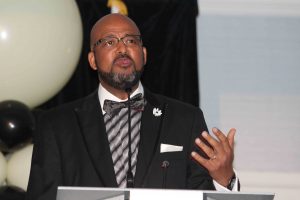 Rev. Kenny Irby, senior pastor of the historic Bethel AME Church, journalism pioneer and founder of the Men in the Making program, played the role of master of ceremonies for the evening. His jaunty brand of humor kept the night moving.

With the ladies dressed in elegant gowns and the men in tuxedos, the evening was actually about getting down in the trenches and lifting up the community.

Founder of I Support Youth Lewis Stephens was on hand to ask for more community involvement. Growing up in a low-poverty area, or the “hood” as he called it, he is a walking testimonial of what a few concerned citizens can do to uplift those in need.

“I’ve had the privilege of starting a foundation and working with young people every day. Going inside the courtrooms, dealing with kids who don’t know when they are going to eat next,” he said, adding that his grandfather raised him because both of his parents were on drugs.

Lewis asserted that seeing leaders in the community such as Pinellas County Commissioner Kenneth Welch and Youth Pastor Shawn Thomas helped him not to become a statistic.

“We are dealing with a generation that’s sitting in the dark and they are looking for someone to light the candle and show them the way,” he said. “The only thing I want to ask you tonight is will you light the candle to show these young people the way?”

Lewis’ words were a perfect segue to two community legends that were there to speak to the next generations of leaders.

“Tonight we would like to pay respect to legends, torchbearer and community advocates who have unselfishly lived a lifetime of service to improve the community we serve,” stated PCUL President & CEO Watson Haynes.

Winnie Foster and Mordecai Walker were on hand to pass the torch to the inaugural class of the 2020 Plan Emerging Leaders.

Foster, 91, has been a community activist ever since she arrived in St. Pete. She was part of the team that helped get James B. Sanderlin elected as Pinellas County’s first African-American judge.

She encouraged the next generation of female leaders to read, seek information and the truth; to be curious, ask questions, question authority, listen, have fun and enjoy the journey.

Foster handed the torch off to Dorian Johnson, who is striving to be an advocate for the youth through mentorship and education; Mhariel Summers, who rises to strengthen the community through organic collective action and Jennie Henry, who seeks to be a voice of those who are deliberately silenced and preferably unheard.

Walker, 94, said in his 36 years of being an educator, he’s most proud of “never allowing a student to fail in my class.”

He passed the torch on to Michael Shorter, who rises to be the voice for equity in education of the disadvantaged and underserved communities; Rafael Robinson, who is striving to give insight and speak truth to the powerful on behalf of those who the powerful will never hear and Kristopher McClendon, who is seeking to transform the perspective and image of south St. Pete with institution of moral excellence.

“With the torchbearers, they risked their lives to make change,” said PCUL incoming Board Chair and Linda Marcelli. “You see the emerging leaders begin to come out and pick up that torch, and it’s so critical to keep that chain flowing and growing. That’s what the Urban League does.”

Marcelli went down a laundry list of PCUL programs that were created to help people moved to the next level in life such as the Summer Training In Youth Leadership & Employment (STYLE) and the National Urban League Incentives To Excel & Succeed (NULITES) programs.

This year’s President’s Award was given to Pastor Louis Murphy Sr. of Mt. Zion Progressive Missionary Baptist Church for his unwavering focus on effective community change, which has placed Mt. Zion on the leading edge of economic and spiritual renewal in the city’s most improvised areas.

The Chairman’s Award was presented to former Pinellas County Administrator Mark Woodard. During his tenure, he helped usher in the South St. Petersburg Redevelopment Community Area. In the near future, he also plans to join the PCUL in some capacity.

To learn more about the Pinellas County Urban League and their programs, log on to www.pcul.org. 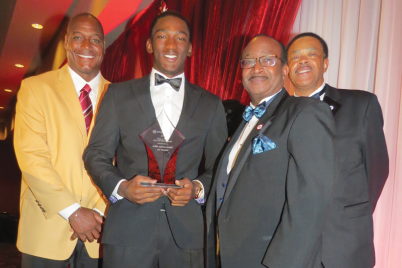 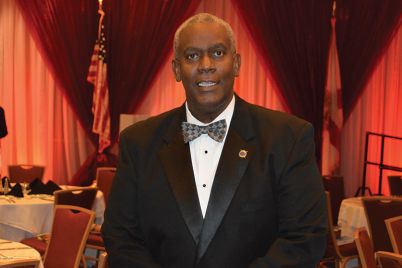