The Gas Plant District was the name of the area that Tropicana Field now sits atop.

ST. PETERSBURG — As far back as the call for urban renewal, Black communities have been victimized by programs and economic development initiatives implemented in the name of progress for Black folks but have, in reality, had the opposite effect. In many ways, the programs have been Trojan Horses, masquerading as African American improvements when, in fact, they have been forerunners to gentrification and white prosperity.

We have witnessed a classic example of this phenomenon in St. Petersburg at the current major league baseball site, formerly known as the Gas Plant area, home to residents, businesses, and houses of worship.  The 86-acre site housed 800 or more individuals, Davis Elementary School, the Harlem Theatre, the Johnson Branch Library and three churches. It survived hurricane Donna in the 60s but could not survive the wrecking ball.

With each proposal, the African-American community was promised living-wage jobs and a “better life.” Ironically, nothing about life after baseball has been better for Blacks.

The jobs, for the most part, are not living wage. They are seasonal, and the business opportunities did not materialize as promised, given most are inside the stadium and controlled by the team’s owners.

Mayor Rick Kriseman recently issued an RFP (request for proposals) to redevelop the site, given the Tampa Bay Rays’ impending departure.  Although the stadium is constructed on lands previously inhabited and owned by Blacks, CRA lines were redrawn some time ago, and tax increments accrue to downtown business owners, not those south of Central Avenue where most Black businesses are located.

What, if any, role will there be for the African-American community in the site redevelopment? Assuming the major competitors will probably be from majority business communities, the city provided a recommended reading list on Black life in the area and the City of St. Pete.

Will there be incentives or requirements to ensure Black business owners or entrepreneurs are represented on the redeveloped site?  This and other relevant questions need to be asked and answered.

Further south on 22nd Street, the city paid a half-million dollars to develop a master plan for the Deuces and the Warehouse Arts District.    Additionally, Callaloo, the Historic Manhattan Casino operators, offered an unsolicited four-page plan to correct their failures at the Manhattan. Unable to turn a profit, the group offered to restructure the agreement, proposing what amounts to a food flea market, where a consortium of varied businesses will occupy space, essentially subletting from Callaloo.

Councilmember Lisa Wheeler-Bowman wanted assurances CRA (Midtown) residents would be allowed to participate, but she was unsuccessful. A Callaloo partner, retired Buccaneer player Vincent Jackson, opposed the idea citing a need to “pay the rent.”

Councilmember Amy Foster noted the irony of the new Callaloo proposal; in 2017, a group competing against Callaloo submitted a similar proposal that was rejected by Mayor Kriseman.

City Council voted 5 to 3 to amend Callaloo’s lease, granting the group permission to move forward with the flea market concept. Wheeler-Bowman, Foster and Brandi Gabbard voted against the amended lease.

Deborah Figgs-Sanders voted in favor of the amendment. Councilmember Gina Driscoll suggested there should be a plan to train entrepreneurs, obviously unaware that a plan was previously operational and successful in the now-defunct Business Assistance Center. A component of the plan was the Corridor Program, where staff was assigned to Midtown business corridors were responsible for ensuring businesses were trained and assisted.

The name Joe Furst is making its rounds on the Deuces in conjunction with a plan to rezone areas of the corridor.  Furst is a developer in the South Florida area and is working with a group to change the zoning from industrial to mixed-use (office, retail, housing).

So the question remains — progress for whom?  Is 22nd Street the next Dome Industrial Park, replete with opportunities and promises to be realized by everyone except the Black community?

If our community and those selected to represent us follow the same course, the answer is a resounding yes.

I leave you with two things to consider. First, to all of those on the outside looking in, you fail to understand the alleged stadium progress, the interstates and other purported improvements disrupted families, destroyed institutions that imparted culture and tradition and destroyed community cohesion.

The local governments in St. Petersburg and other areas across the country failed to control slum landlords, did not enforce appropriate codes, collect the trash, pave the streets and alleys, employ competent personnel, and hold businesses accountable for discrimination and systemic racism. If they had only done their jobs then and do their jobs now, there would be no need to completely destroy a way of life.  If I were cynical, I would truly question the motives. Whose interests are truly at the forefront?

Second, let’s make no mistake about it — change is coming to the Gas Plant area and the Deuces. Will we be prepared? Will our elected officials sell out or fight for the greater good.  Will our pastors, community activists, business owners, and others resist the temptation to look out only for self and consider the larger collective?

The time is now to come together and develop an Afrocentric plan to benefit the entire Black community and not the isolated interests of a few.

In the event, we cannot provide services for the proposed developments, and other African Americans from different parts of the country have the capacity, will we insist on staying local and deny people of color an opportunity because of our inability to meet the requirements?

Existing and budding entrepreneurs, now is the time to hone your skills, develop your business plans, explore your financing and get serious about the upcoming opportunities.

I am told success is when opportunity and preparation meet. Opportunity is like an impending category five storm. It is coming; it will be large and powerful. Will we be prepared? 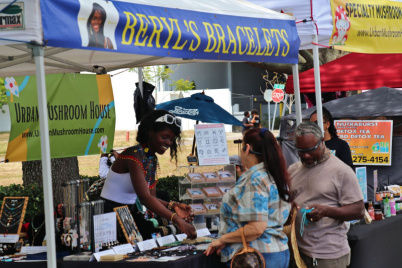 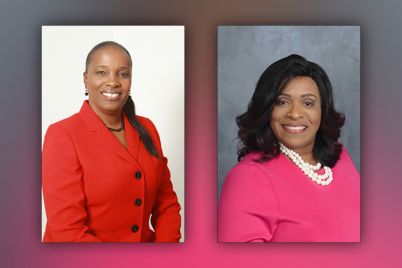