ST. PETERSBURG — Rev. Alvin Miller, a groundbreaking educator, minister, and civil rights leader, died June 26 at St. Anthony’s Hospital in what was described by his daughter as a “devastating” loss.

Rev. Miller, associate pastor at Bethel Metropolitan Baptist Church for 41 years, was 83 at his passing, yet his movements and activities were like that of a 30-year-old until recently, according to his daughter, Alvina Miller, and Rev. Watson L. Haynes II, an adopted son and mentee.

Miller began his military career with the U.S. Army as a cook in 1961. Upon being honorably discharged in 1963, he continued his “passion” for cooking as the head chef of Aunt Hattie’s Restaurant for more than 10 years.

The St. Petersburg native furthered his education at Gibbs Junior College, earning an associates degree and getting a blessing when he met the love of his life, Esther Weeks, whom he married in 1960. 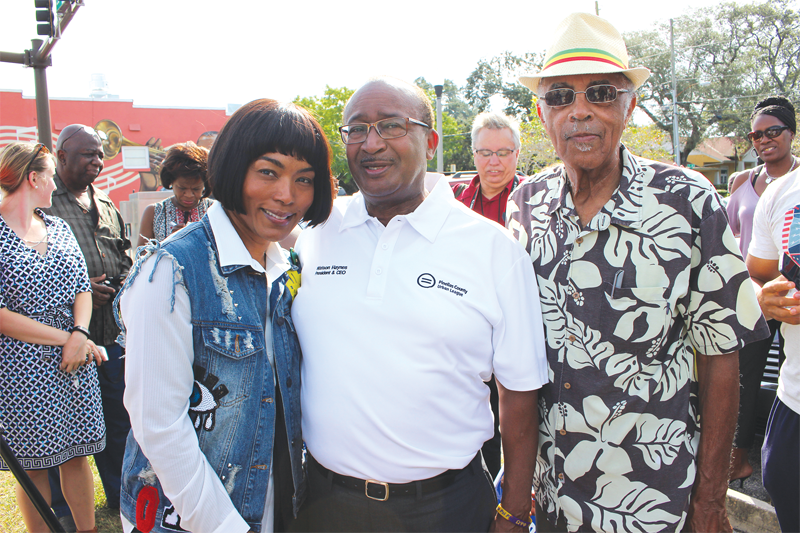 When Angela Bassett comes to town, she always makes sure to visit Rev. Watson Haynes and Rev. Alvin Miller, as seen here in 2016.

As Rev. Miller built a career and later a family, he stayed true to his other aspirations, building a recording studio and a record company (Alesvers Records, founded on June 1, 1975), and led two successful bands known as The Sophisticated Soul and The Significants, ventures that “kept me in touch with the youth around the city,” he told a reporter in 2005.

Upon the bands’ separation in 1968, he launched another business, Miller’s Catering Services. For more than 50 years, he was known by everyone in the community as the most trusted caterer who never allowed food to run out. He could be found preparing food for many memorable events, including weddings, funerals, community meetings, family reunions, and anniversaries.

During this time, he heard the call from God and became an ordained minister at Bethel

on June 22, 1980. He dutifully served humbly with grace and kindness throughout the community as the associate pastor for 41 years. He was also well known for his ministerial visitations to anyone in need of prayer, offering words of comfort and inspiration day or night.

Miller demonstrated his love and caring for others by sharing his smarts, talent, and concern even through his business acumen. With so much experience and success in food preparation and culinary arts, he took an interest in product design and development.

“He successfully patented the High Volume Frier Brazier Cooking System on May 14, 2019, in the hopes of leaving behind a legacy for his family as the nurturing provider,” Alvina Miller recalls.

Rev. Miller was one of the most active and influential ministers in Pinellas County, according to Rev. Haynes and to Sevelle C. Brown III, both civil rights leaders in Florida.

He was a founding member of the Southern Christian Leadership Conference (SCLC) chapters in St. Petersburg and Pinellas County in 1982 and a co-founder of the National Christian League of Councils (NCLC) in 2009.

Pastor Miller worked tirelessly to get the Manhattan Casino and Mercy Hospital designated as historical sites. In 1996 he worked to save Jordan Park from demolition and worked to have Ninth Street designated as Dr. Martin Luther King Jr. Street.

He worked during the Martin Luther King Jr. Parade and the Battle of the Bands to provide food for many of the band players from all over the nation, including Bethune Cookman University, Morris Brown College, Jackson State University, and Texas Southern University.

He even joined Pinellas Technical College as a culinary arts instructor, where he was known for his strong discipline style and loving approach to his students while also serving as a mentor.

Rev. Miller was the most called on minister in Pinellas County to visit those in the hospitals and to preside over hundreds of funeral services.  He never gave a message longer than 20 minutes.

Haynes, his godson, recalled that Rev. Miller had a reputation of being on time and never running out of food. He was also prompt when asked to visit the sick or pray for a grieving family. He was often accompanied by his wife, Mrs. Esther Miller.

He was a long-time financial supporter of the Pinellas County Urban League and trusted advisor to Haynes and Brown. 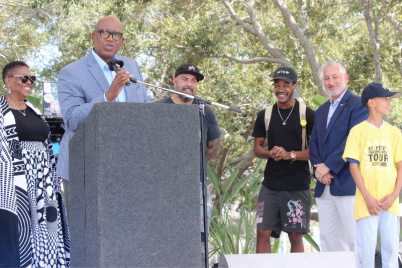 A day of memories; a day of celebration 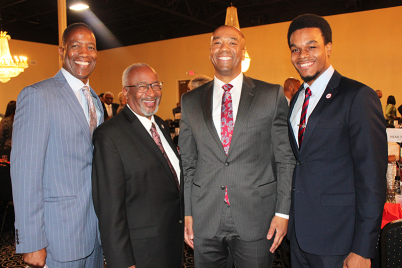