“It is time for us to see what we SEE!”  Brzezinski means that, in our frustration to understand, clarify and analyze numerous slap-stick side shows of Trump’s presidency, we must also look beyond the obvious, under the cover-ups, to see deals for money-making in a different disguise from what we might expect. Thus, “Orphans” as the topic of the 2016  meeting which Trump Jr. held with Russians at New York’s Trump Tower, is not  “a red Herring” or “fake news” or even “a witch hunt.”

Trump Jr’s dirt-collection errand, on the invitation of a “mysterious Russian operative” who offered to deliver dirty goods on candidate Hilary Clinton in the midst of the 2016 Presidential contest, is not all that counter-intuitive.  Actually, the meeting could have been “Baiting” by the Russians, trying to achieve one of their very top priorities.  They want to remove the obstacles of sanctions which have been debilitating the Russians’ formerly active and lucrative Orphan Adoptions Industry.

The U.S.’s 2012 “Magnitsky Act” is seen as a major obstacle to restoration of formerly brisk participation by Americans in the heavily monetize, expensive and well resourced Russian Orphans Adoptions Industry.  American claims of befuddlement  – that the “Orphans” who were the Russians’ alleged topic of that 2016 meeting involving Trump Jr. and his deal-making crew, had nothing to do with anything of importance, (Trump Jr. called it a “nothing-burger”), is dissembling.  Here is what I “SEE” … looking at real facts and real data, which is seldom actually the practice of the Trump White House core Team, who seem to prefer alternative facts and alternative data.

Recent reports about the “Orphan Adoption” crisis in Russia and the role of American sanctions’ in that crisis suggest that Orphans’ adoptions probably were the Russians’ primary meeting agenda priority. “Dirt on Clinton” probably was just a diversion to insure that undivided attention would be paid to the money-making “Adoption Industry” which can yield big-time brokers’ fees, bribes and other palm-greasers and money transfers.  If we follow the money, here’s what we will see.

The Orphan Care Alliance, in a 2013 Newsletter, published data from analyses by Chris Crutchfield, about Eastern European and Russian Adoptions, which clarifies the meeting’s special interest in the Russian and Eastern European adoptions.

“Eastern Europe is a region from which many Americans seek adoption placements. Some couples prefer to adopt a child who appears to be biologically related to them and Caucasian children in the U.S. can be difficult to adopt.”

…There was a time when Russia was the leading nation in adoption placement (to U.S. families.)

There is reasonable logic to conjecture that  success in addressing this problem could be achieved, given the entrepreneurial reputations and mercantilistic instincts of the Trump JR Crew, which was the U.S. negotiation flank confronting the Russians and fellow-travelers.   Since the Russians arrived for the meeting with portfolios, reportedly of no great value with regard to “dirt on candidate Clinton” (the “nothing-burger”), Trump Jr. and crew probably were the appropriate targets for those hoping to revive the Russian-United States adoption relationship. Did they represented the money side, or the U.S. government side of the table??. Who knows, since it is not known what was actually discussed.

The Russians, however, apparently pursued their priority of infinitely greater value and interest to themselves:  lifting the persistent obstacles to Oligarchs and other collaborators, whose industry of facilitating deals, such as those involving   Russians and Americans navigating the obstacles within the Russian Adoption Industry.  Once the Magnitsky Act, and then, the Russian retaliatory Federal Law 272 FZ – both–are revoked and thus, neutralize each other, the lucrative Orphan Adoption Industry can return to status-quo anti – that is, back to business as usual.

The Orphan Care Alliance* has gathered the following statistics which assess both the Russian supply, the potential opportunities for Russian Brokers, and as well,  the Americans (deep pockets) adoption demand.  Add the costs – of many “gratuities” for many facilitators at many junctions, to achieve adoption’s end. (Just do the Math and see millions of dollars,  to be made and paid.)

“By the Numbers: European & Russian Adoption*”

Added fees may also include other multipliers, regional variations and highly flexible costs for consultation-facilitation by local Russian “handlers” – who probably were represented by at least one of the Russians attending the Trump Jr and crew’s meeting in June, 2016, which is currently leading U.S. news headlines.

Using Orphan Care Alliance’s*data and “monetizing” actual adoption transactions which have occurred and been made possible through unfettered market activities (perhaps underlying the Trump Jr. crew’s Russian discussions at the June 2016 meeting?).  See examples of monetary outcomes!  Those who reject this data-analysis, choose to ignore the nuanced patterns of deal-making by those fixated on money in general, and in particular, on how to increase their own money supply.

DO THE MATH!! Below are examples of gross transactions, showing potential monetary gains when the transaction is monetized by benefits of the Russian Orphan Adoptions market:

These data emphasize the linkage between the adoption industry in Russia and an enterprising process of supply and demand, currently being obstructed by the barriers and the restrictions, on both the American side (Magnitsky Law), as well as the Russian retaliatory side (Russian Law 272 FZ). The experts say:  “Russia’s decrease has greatly contributed to the overall decline in the number of intercountry adoptions by U.S. families.  In FY 2004, U.S. families adopted a historically high number of 5,682 Russian children, 25% of all intercountry adoptions to the United States that year.”

Especially in view of the rich money-making potential and private sector nature of the Orphan Adoption Industry in Russia, the question is : who will benefit? Probably, NOT the United States government.  But the Russians, who met with Trump JR and his posse, probably knew that all along.  All of this looks like a familiar exchange, Bait and Switch, but is what my son, Jason, calls, “Cash AND Carry ! 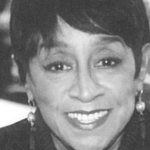 Yvonne Scruggs-Leftwich, Ph.D, is a Political Scientist, an award-winning commentary writer (BWNG, Front Page Award; NABJ Griot Award), and is recognized as one of the most significant thinkers in the modern Civil Rights and government policy community. She has authored several books, countless articles, is a Library of Congress HistoryMaker; 113th Congressional Record Honoree; was a Fulbright Fellow in Germany; and was inducted into the St. Petersburg, Fla., Hall Of Fame.

Stephen Curry not pleased with Under Armour CEO’s Trump comments 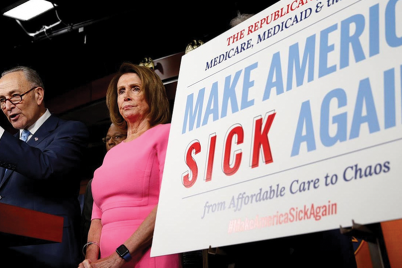 Repeal and Replace: The effects on Medicare 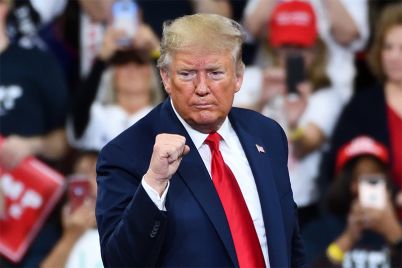