Well, the big deal is DeSantis is a well-known racist, bully, authoritarian wannabe, Donald Trump wannabe and big-time promoter of divisiveness in our state and country. Brady exposes himself as a supporter of these warped values.

Let’s be reminded that in 2015, Tom Brady was one of the first high-profile celebrity athletes to announce support for Donald Trump’s presidential campaign. Also, remember that MAGA hat that was in his locker?

Tom Brady can throw two million touchdown passes, and the attitude of many would be, “Screw Tom Brady.” His support for racists and white supremacy sympathizers means so much more to legions of citizens. In my opinion, Brady’s values align with white supremacists.

This brings to mind an episode of “Roland Martin Unfiltered” when the subject concerned another celebrity, former New Orleans Saints quarterback Drew Brees. Brees was initially interviewed on a program called “Yahoo Finance.” The interview occurred in the wake of the George Floyd murder in May 2020.

The interviewer asked: “We will see players kneeling if and when the NFL starts again. As a leader, what is your responsibility to your teammates and the league?” In response, Brees said: “I will never agree with anybody disrespecting the flag of the United States of America or our country.”

He mentioned that his grandfathers served in the military and fought in World War II, and he gets emotional seeing the flag.

Oh my God, Brees’ comments caused him to be blistered by other teammates, other athletes, and the guests on Roland Martin’s show. One responder, former Saints player, Malcolm Jenkins, was emotional and crying.

He said Brees must not know history because Black people also had relatives to serve in the military, but they didn’t return as heroes. Many were attacked for wearing the uniform. He continued: “Drew Brees, if you don’t understand how hurtful, how insensitive your comments are, you are part of the problem.”

Here are a few snippets of statements made by others as a result of Drew Brees’ comments:

Ed Reed, Hall of Fame Safety for the Baltimore Ravens: “I see Drew Brees trying to do his part in keeping black folk down,” Reed said in a video posted on social media. “You’re a straight sucker for that sh-t, Drew Brees.

Reecie Colbert of Black Women’s Views Podcast: After hearing Drew Brees’ apology, she said, “I want to echo the very wise words of Stephen Jackson and say, ‘F–k Drew Brees and all of his fake allies . . .’” She continued: “You need to take sides, either you’re on the side of white supremacy, or you are on the side of Black humanity and Black Lives Matter.”

Dr. Greg Carr, Afro-American Studies Professor at Howard University: “Drew Brees, you’re beneath contempt, old man. Go ahead and retire. You don’t even rank. Go on into Canton with the rest of your Klansmen. . .”

Obviously, there are many other white athletes whose values align with the white supremacists and racist thugs in our society. However, they better know that shooting baskets, throwing touchdowns, catching touchdowns, hitting home runs and pitching shutouts don’t mean a damn thing if their racist values are exposed.

The opinions expressed within this content are solely the author’s and do not necessarily reflect the views and beliefs of this publication. 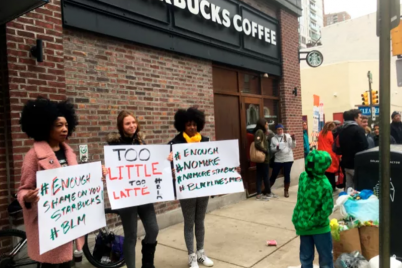 By Associated Press and Ariel Zilber For Dailymail.com A black man who was killed by…