A young black man drinks from a segregated water cooler in 1939 at a streetcar terminal in Oklahoma City.

W.E.B. Du Bois elegantly stated in “The Souls of Black Folk” (1908), the precise problem of the last century and also this century in America “is the problem of the color-line — the relation of the darker to the lighter races of men in Asia and Africa, in America and the islands of the sea.”

Du Bois and other historians and sociologists agree that slavery was the real cause of the Civil War. When it ended, and the Confederacy lost the war, there was intense hatred toward the newly freed, formerly enslaved, particularly in the southern part of the United States.

There were four million former slaves who were suddenly no longer in bondage and had to figure out how to harness their freedom, receive education, earn livings, feed their families, seek medical care and learn independence in order to fend for themselves.

The era immediately following the Civil War was chaotic. The defeated South lay in ruins.  Its dependence on free labor was gone. It was a bitter time that created a bitter harvest of hatred for the victorious North and the formerly enslaved.

By the end of the first year after the war, many southern states had enacted “Black Codes,” which codified into law, brutal attempts to put the recently emancipated black people as close to enslavement as they could.  Any excuse to arrest was used, such as vagrancy laws, where states criminalized black men who were out of work, or who were not working at a job whites recognized.

Separation of the races began in earnest.

Later the Freedmen’s Bureau was abolished and Union troops, who had been sent to ensure the safety of the formerly enslaved, were removed from the South.

According to Du Bois’ 1935 “Black Reconstruction in America,” Reconstruction ended by 1880, and fiercely enforced racial segregation took its place, often by racial terror lynchings and incarceration. By the mid-1990s, mass incarceration of black people began in most of the states.

The United States Supreme Court, in a series of unfortunate decisions between 1857 and 1873 such as Dred Scott v. Sandford, The Slaughterhouse Cases, United States v, Cruikshank, and Screws v. United States, eviscerated the protections of the three Civil War Amendments.

The 13th Amendment abolished slavery and involuntary servitude except for convicted criminals.  The 14th Amendment granted the newly freed equal protection and due process under the law.  The 15th Amendment granted all men the right to vote. By 1873, all three amendments were under siege by court decisions and enforcement of the Black Codes.

This system continued until the Civil Rights Movement of the 1950s and 60s.  The turning point was the Supreme Court decision of Brown v. Board of Education of Topeka, Kansas, on May 17, 1954. In that case, the court held that racial segregation in public schools was “inherently unequal.”

This decision met with tremendous opposition throughout the United States, and a massive counter-movement in the schools vowed to continue the separation of the races, not just in schools but everywhere else, especially in the South.

Segregationists argued for their “way of life.”  According to “Segregation in America,” published by the Equal Justice Initiative (EJI) in 2018, there was vociferous opposition to the Brown decision by southern segregationist lawmakers in Congress.  Many pledged to have “segregation forever.”

There was mass resistance to desegregation in the South. The proponents of segregation read like a rogues gallery of hateful men, the names of many are easy to recall.  EJI lists many of them in “Segregation in America,” including:

This battle against desegregation has never really ended.

A courageous resistance to segregation took place during the Civil Rights Movement. This resistance demanded freedom, equal rights and voting rights. Dr. Martin Luther King, Jr. never wavered in the struggle, and his eloquence and strength will be forever among us.

The volunteer and leaders of the Student Non-Violent Coordinating Committee brought the struggle home — not just in the South, but also in the North. There were the Southern Christian Leadership Conference, the National Urban League, and always the NAACP. There was the March on Washington in 1963 and marches all over the South.

Yet, the struggle continues.  Freedom as a concept for black Americans is fleeting when nearly every institution in America is opposed to it. Segregation persists because there is much sympathy for it.

The housing patterns in the United States follow old Black Code laws that segregated neighborhoods. American banks have a consistent history of “redlining” black neighborhoods, making it harder for those living there to secure financing for new homes. On the rental front, eviction laws make it easier to push tenants out of rental properties.

Black business enterprises have continued to struggle with inadequate financing, interference with voting rights is a constant refrain after every election, and black neighborhoods and schools are still segregated.

There is, however, a continued willingness to continue the struggle among black Americans and like-minded individuals. There are viable community organizations — many only local, some part of larger organizations — who stand up for what is right.

There is a new understanding of our history and a readiness to bear witness to the suffering and racial terror black Americans have been subjected to throughout the history of these United States. Let us acknowledge the necessity of recognizing and confronting this legacy of racial terror in America.

The need for this recognition is to foster understanding, justice, forgiveness, love, reconciliation and racial healing. 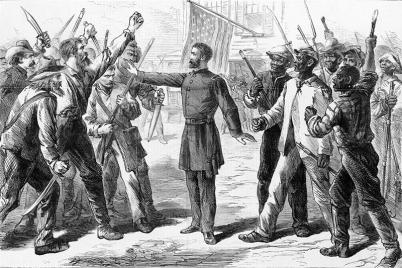 The critical role of education in the history of African Americans, Part l

As a young enslaved boy in Baltimore, Frederick Douglass bartered pieces of bread for… 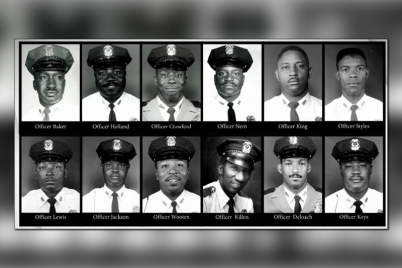