Mentoring has a tremendous effect on young people, and many of the mentored grow up and continue the tradition of helping a child. St. Petersburg native Nikki Capehart is one of those people.

She has held some high-profiled jobs such as Deputy District Director for Congresswoman Kathy Castor or Director of Communications and External Affairs for the Pinellas County Urban League, but the title she is most proud of is mentor.

In her new position appointed by Mayor Rick Kriseman, Capehart is the Director of Urban Affairs for the City of St. Petersburg. She plans to ramp up the city’s mentoring and education initiatives.

“I think the mentoring and education initiatives we currently have in place needs to be re-established specifically for Midtown, Childs Park and the entire south side of the city, said Capehart. “We need more mentors in the schools.”

A perfect example of how a mentor can affect a child’s life, Capehart was influenced by a person who taught her that the only limits came from within her mind.

“The late Lorian William always stayed in touch with me and encouraged me to reach for the stars. She later became one of my best friends and sister,” Capehart said. “I know that her mentoring had a major impact on my life.”

Capehart finds much joy in mentoring young ladies. She encourages them to be strong, confident and determined individuals “who will, yes, make mistakes in life, but will prayerfully not let those choices take them off course from becoming the powerful business owners, corporate leaders, elected officials or non-profit leaders that our community needs,” she stated.

Coming from a loving and supportive home, Capehart still benefited from having a mentor. Those children coming from less supportive environments “definitely need the additional guidance, attention and listening ear,” she stressed.

Mentoring does not always mean an adult helping a child. Capehart has noticed the growth in business on 22nd Street South and attributes it to community partnership.

“Just look at the Deuces, I am very proud of the way the Deuces is coming alive again. Local entrepreneurs are opening new businesses and investing in our community and we must support them financially,” she said.

In the future, Capehart envisions the community to have its own unique culture that appeals to visitors and locals for a variety of different reasons. With enhanced development it will be an even better place to raise a family. She wants young people who have moved away to move back home because of the transformation that they are seeing.

In her newly appointed post as Director of Urban Affairs, Capehart works with Mayor Kriseman and Deputy Mayor Kanika Tomalin to help define the vision that will guide the work of the administration in the coming years to Midtown, Childs Park and the rest of south St. Petersburg.

She is also helping to re-establish the mentoring and educational programs within the city and has begun to recruit supporters.

Look for great things to come out of the new Department of Urban Affairs. With Capehart at the helm, it seeks to build upon the work previously done by past Deputy Mayor Goliath Davis. In her position she will assist in developing the policy agenda for urban St. Petersburg across citywide departments and agencies while working with the mayor and deputy mayor.

In addition, this department will also be responsible for marketing the area as a desirable location for employers and improve employment-training opportunities. Other issues to be addressed in relations to the area include arts and culture, health, support for the revitalization of families and neighborhoods. Urban Affairs will offer constituent services satellite office hours at the Enoch Davis Center and at the Childs Park YMCA.

Blast from the past: Nikki describes herself as “the Flip Lady’s granddaughter.” Which flip lady is she referring to? Rosa Lee Graham, who served the Perkins Elementary area of town. She credits her entrepreneurial spirit to Flip Lady Rosa Graham. 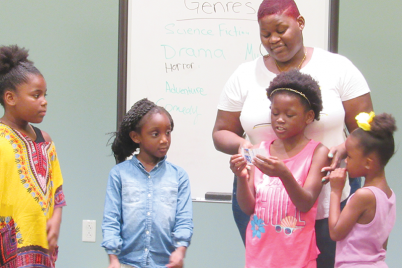 Dominique Cobb teaching her young charges the different genres in literature.   By… 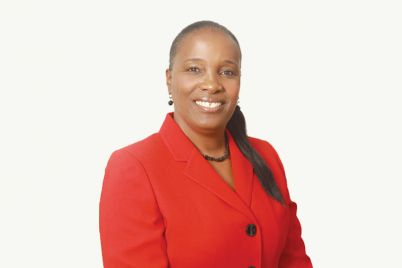 “We’re spending over $43 million of public money on literacy programming, and Black… 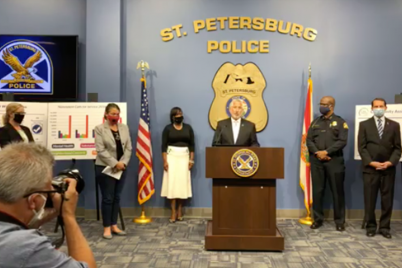