Dr. Kemesha Gabbidon, a University of South Florida researcher and Precshard Williams, Prevention and Sexual Health Program coordinator at Metro Inclusive Health, are working to remove the stigma around HIV and AIDS.

Williams said that as Metro works to reach the Black and Brown communities targeted by high incidence of HIV diagnosis, the organization also joins with community partners to share information.

“A community partner again can be a church or a convenience store. It can be a gym, a local bar, a hair salon…anywhere we can start creating more conversations about sexual health and HIV prevention and education is a community partner for us,” he noted.

Metro’s mobile unit is a specific health unit equipped with a full exam room, enabling people to get a prescription for PrEP (pre-exposure prophylaxis) on the spot if they’re negative, and telehealth-visit with a doctor who can do an assessment and help provide information on next steps if necessary.

“It’s really about building those relationships, creating those courageous conversations,” especially since medical mistrust is a real thing for many Black people, said Williams.

Those courageous conversations, added Gabbidon, need to start in the home. “Just looking at the state of Florida broadly, there is a disconnect between parents and teens, which is where I think a lot of the conversation needs to begin.”

Gabbidon said parents have a perception that they are engaging in these rich conversations with their kids about sexual health and sexual decision-making. But if you ask the teens’ perspective, they don’t view it that way.

When teens don’t have those kinds of conversations with their parents, they are more likely to engage in higher-risk behaviors. Because much of Florida’s religious mores have led to abstinence-based curriculum, Gabbidon added, “if those conversations are not happening within the home setting, when it comes to sex, there’s not a lot of comprehensive discussions about sex in the classroom. We have a lot of gaps when it comes to just openly discussing our sexuality.”

She believes this lack of knowledge has often led our culture to demonize sexuality and said there’s a lot of room for improvement when it comes to openly having discussions about sexual health.

“Especially when we look at the parent, teen, and young adult kind of dynamics. Unfortunately, teens then reach out to their peers, and they use social media and other forms of media as a way to supplement the lack of knowledge.”

Williams agreed. “When we’re talking about sexual health, we would be completely remiss to not talk about how religion plays into the way we think about sexual behaviors and sexual practices and how religion can sometimes act as a barrier to us having those conversations.”

Williams noted that “it gets tricky” when it comes to the role of religion. “Religion is where Black folks take everything; we take everything to the altar. That is where we get our redirection; we get our direction, we get recharged. However, when it comes to us talking about the things that are really happening within the community that we really don’t want to unpack, that’s where it gets foggy.”

He acknowledged the work of those church leaders committed to making a difference, even by being willing to start the conversation somewhere. Williams said it’s not about completely changing church culture, “But we’re losing a lot of our folks to something that shouldn’t be this way because if we’re talking about religion, religion should be love. If we’re talking about Christianity, Christianity is love.”

Gabbidon shared that often parents who were raised in homes and churches that demonized sex passed that shame and negative feeling on to their children. “One of the things I noticed with parents who, when they were younger, sexuality was viewed as sinful — it really has a ripple effect, because then they’re not able to speak to their kids about sex.”

Williams also said that coming up as a Black, same-gender-loving man in Volusia County, Daytona, and raised by a single mother deeply rooted in religion, “doing the best she could with a man child, without resources and support,” he experienced an “info desert” — a lack of information.

There were no health centers or resources which supported his learning about himself or other same-gender-loving men. Williams said he now realizes this led to him making decisions “that probably weren’t the best decisions to make because I didn’t know what I was doing.”

He noted that this is in stark contrast to someone growing up in a wealthier environment, with access to health centers where they would “see people like them; where they’re going to get more information about the type of person they are going to be, and their parents probably more willing to access those types of spaces.”

Williams feels these differences are social justice issues, even more than issues of religion or theology.

Gabbidon concurred, stating that health equity is about fairness and justice.

“When it comes to HIV, you’re talking about populations that have been systematically stigmatized and discriminated against. So, when you look at how we can challenge those issues, it is a social justice problem.”

She went on to say that by providing access to resources where people are, everyone can have the best possible health outcome. 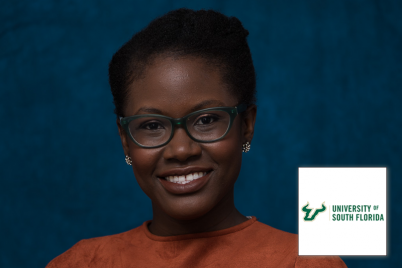 Dr. Kemesha Gabbidon helps prevent the spread of infectious disease as a community… 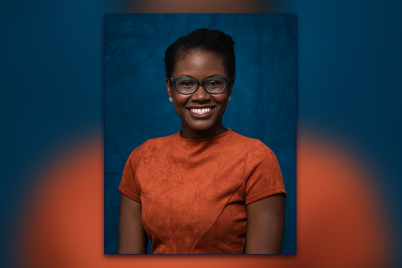 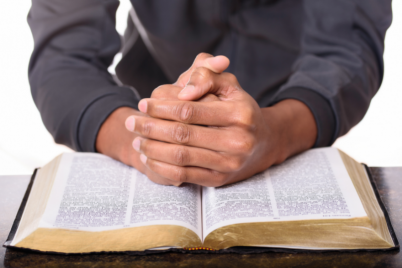