Twenty-five-year-old Da’juh Sawyer is a community activist and founder and CEO of The Make It Out Foundation, Inc. She’s on a mission to enhance the lives of students in the St. Petersburg community.

ST. PETERSBURG — Da’juh Sawyer is a 25-year-old community activist born and raised in St. Petersburg. She is the founder and CEO of The Make It Out Foundation, Inc. (MIOF), a 501(c)3 organization founded to serve and enhance the lives of students in the St. Petersburg community. MIOF provides financial assistance to those attending Florida A&M University (FAMU).

She has also worked closely with The Burg Cares and Metro Inclusive Health on the #PinellasEHE Ending the HIV Epidemic initiative.

The U.S. Department of Health and Human Services (HHS) created the EHE initiative intending to end the HIV epidemic in the United States within the next decade. This will leverage critical scientific advances in HIV prevention, diagnosis, treatment, and care by coordinating effective programs, resources, and infrastructure within many HHS agencies.

The Center for Disease Control and Prevention estimates that about 50,000 people are infected with HIV each year, and one in four is 13 to 24 years old. The most significant number of infections occurred among gay and bisexual youth.

Youth born between 1997 and 2012 are considered Generation Z, which make up approximately 21 percent of the U.S. population. According to survey data conducted by Gallup, one in six adults in Generation Z identifies as lesbian, gay, bisexual, or transgender.

But outside of the local organizations that 25-year-old Sawyer works with, she said there is a lack of discussion around HIV in her age group.

“I would say that there’s a big silence. I don’t really see conversations being talked about among people in my age group,” Sawyer shared.

Even among her closest friends, she said, the conversation around sexuality is fleeting and unspecific.

“Those conversations are never brought up. Like, you and your girls or your homeboys might say, ‘Oh girl, make sure you wrap it up, make sure you use protection. Make sure you’re watching yourself because you don’t want to get the common STDs.’ I don’t recall the last time I’ve heard people in my age group talk about HIV and AIDS,” she mused.

Sawyer has hosted various events to raise awareness around the topics and statistics of HIV/AIDS. She has partnered with local organizations such as the Burg Cares and Metro Inclusive to give out condoms and information about the statistics within St. Petersburg.

Sawyer feels sexuality is not being discussed heavily within her friend group and that the topic should be pressed more. But she acknowledged that Gen Z members had become used to seeing hypersexuality throughout the music industry, in artists including Cardi B, Megan Thee Stallion, Lil Nas X and others. She believes that the music industry does influence Gen Z to a certain extent.

“The music industry is always a hot topic, everything is so flashy and about sex appeal,” she added, relating the need for artists to “grab the attention” of their targeted audience. “I think that the music industry definitely has a significant impact on the way people live their daily lives,” said Sawyer.

Although Sawyer was cautious about judging artists’ freedom of speech on a whole, she noted, “I personally do not think that was something that should have been said. He said it without thinking first about how it will be received by people who are a part of that specific community, or who are living with HIV/AIDS.”

Situations like the DaBaby’s comments are why Sawyer’s events are vital to getting the facts about HIV/AIDS to the Gen Z population. She prides herself on being a part of the solution by hosting events and getting the message out to her peers.

“Sometimes people just need that person who is a leader to strike up the topic,” said Sawyer. 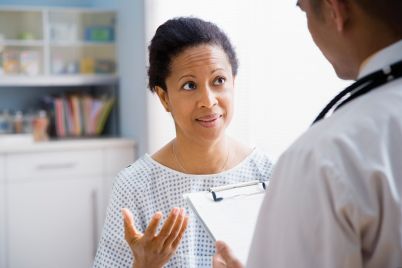 By Mayo Clinic Staff | SELF Early symptoms of diabetes, especially type 2 diabetes, can… 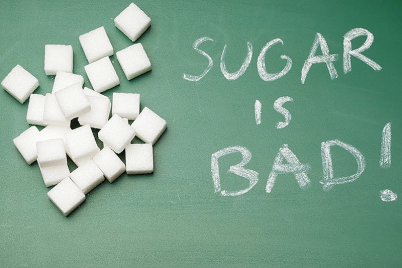 5 reasons why sugar is bad for you

By Aaron Kandola | Medical News Today Many healthful food products, such as dairy…

10 Foods You Don’t Realize Are Packed With Sugar