There is a serial killer among our community, and its name is “stigma.” The latest HIV statistics paint a grim picture for African-American communities in much of the country, with Pinellas County identified by the Centers for Disease Control and Prevention (CDC) as extremely high-risk.

Our good friends at Metro Inclusive Health brought the threat of this epidemic to the attention of myself and other south side community leaders, including Deputy Mayor Dr. Kanika Tomalin at a recent small HIV summit. National, state and local statistics were presented that were nothing short of alarming, and we all need to be made aware.

The south side of St. Petersburg and the black community is the hardest hit in Pinellas County, and the numbers are staggering. The CDC estimates that one in two black men who have sex with other men but may not identify themselves as homosexual are likely to contract HIV compared to one in 11 white males.

Blacks represented the highest proportion of persons who received an HIV diagnosis in Florida at 42 percent, with Hispanics at 31 percent and whites at 25 percent.

My brothers and my sisters, these numbers are astonishing and shocking. These people being diagnosed with HIV are mainly older black women and men, not white homosexual males. These could be members of our churches sitting in our pews hiding from the stigma attached to HIV.

Those numbers are from reported and known cases; imagine the numbers amongst those who do not get tested. This is our community that is experiencing numbers at epidemic proportions of new HIV cases.

We need to combat these numbers and get people tested; we must eliminate the stigma of HIV testing in the black community. Jesus came as the great Physician to heal all manner of sickness and diseases. We must bring education, prevention and treatment to our people. And the churches are now stepping up to get this done.

Having heard the open discussion and thoughts out loud among those within various segments of our community, I believe that we, as partners in Christ, hold the key to turning the tide of this epidemic while setting an example, if not a blueprint, for other high-risk communities across the country.

It’s time for south St. Pete’s faith-based leaders to develop and implement an actionable plan in conjunction with community-based organizations that are already fighting the good fight against HIV.

This past Tuesday, there was a very successful organizational meeting and think tank held at Mt. Zion Primitive Baptist Church. Pastors, ministry leaders, community leaders and community-based organizations were invited to strategize on how to combat this epidemic in south St. Petersburg through the churches.

It is our duty. Going forward, this group will be spearheading this effort with strategies and actions. We invite every pastor and church to get involved. Together we can win this and get these numbers under control if not altogether eliminate the threat in our community. 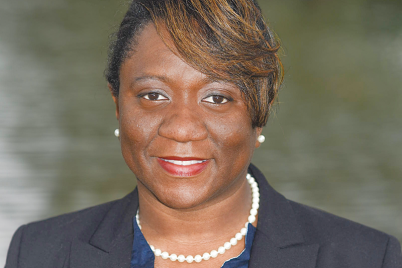 Working together to end HIV