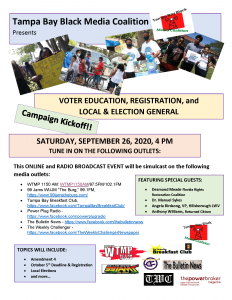 The group met throughout the year to discuss various ways to join forces and deal with issues plaguing Black Tampa Bay. This Saturday’s Voter Awareness forum is the inaugural event for the coalition. Members of the coalition sponsoring this Saturday’s event include the Breakfast Club, Power Plug Radio, WTMP 1150, 99 Jams WUJM, the St. Pete Bulletin, The Power Broker magazine, 1Love Magazine, and The Weekly Challenger.

Phillips suggested adding the census to the discussion of the upcoming Nov. 3 General Election since the cutoff date was moved back to Sept. 30.

“Because the census has been cut short, we only have to the month, so this is urgent right now for us to get people counted.  Of course, we know the importance — because it affects how many elected officials we have, our roadways, and things like Head Start.”

Phillips noted it was often the things that impact Black children that are historically undercounted in census numbers.

Dollard noted that census agents have to take an oath not to disclose these data. The Census.gov site states, “Under federal law, the penalty for unlawful disclosure is a fine of not more than $250,000 or imprisonment for not more than five years or both.”

You can be a part of the Tampa Bay Black Media Coalition’s Voter Awareness campaign kickoff by tuning in on any of these media platforms this Saturday, Sept. 26 at 4 p.m. to hear the conversation with FRRC’s Desmond Meade and others: 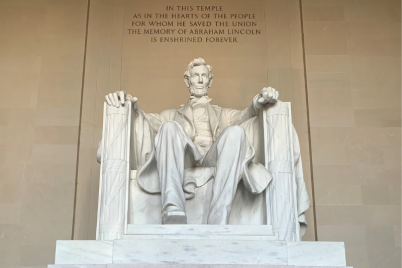 Dear Reader: From This Perspective, Part 2 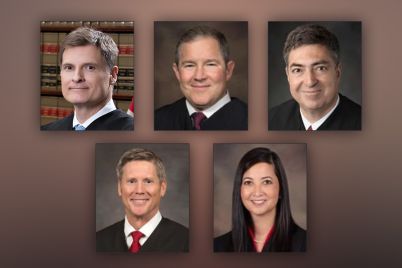