Aspartame also known as Equal, NutraSweet, Spoonful and Equal-Measure was discovered in 1965 by a chemist named James Schlatter. Despite objections by a neuroscience researcher by the named of Dr. John Olney, aspartame was approved for carbonated beverages and dry goods in the early 1980s.

More than 75 percent of the adverse reactions reported to the FDA for food additives were caused by aspartame. There are 90 plus documented symptoms and diseases. Here is a list of some of them:

Board-certified neurosurgeon Dr. Russell Blaylock has recently published a book detailing the damage that is caused by the consumption of excessive free excitatory amino acids, such as aspartic acid found in aspartame and glutamic acid found in monosodium glutamate, or MSG.

Aspartame and glutamate cause damage because they transmit information from nerve cells to nerve cells in the brain, which destroys those brain cells by allowing too much calcium into the cells. These are called excitotoxins because they overexcite the brain and nervous system.

The risks to pregnant women, infants, children, the elderly and persons with chronic health problems from excitotoxins are great.

Aspartame in diet sodas or aspartame in other liquid form are absorbed more quickly and have been shown to spike blood plasma levels of aspartic acid.

Sodas, including diet sodas, are transported in hot trucks; when aspartame is heated above 86 degrees, it turns to formaldehyde, the chemical that deceased people are embalmed in. Basically, if you drink those diet sodas, you are literally embalming your own body. Needless to say, formaldehyde is a deadly neurotoxin, a poison to the nervous system and brain.

Desert Storm troops were given diet soft drinks that were in the Saudi Arabian sun in sweltering heat. As a result, many of them came back with symptoms of formaldehyde poisoning.

DKP, a byproduct of aspartame metabolism, in other words, is produced after aspartame ingestion has been linked to brain tumors and uterine polyps as well as increases in cholesterol levels.

Splenda, also known as sucralose, starts off as sugar, but chlorine is added to it in the laboratory, and at that point, it is no longer sugar. You now have a synthetical chemical that has been reported to cause many health conditions such as gastrointestinal problems, seizures, dizziness, migraines, blurred vision and allergic reactions including skin rashes, enlarged spleen, blood sugar increases and weight gain.

The FDA approved the use of sucralose after studying it for only three months, a much shorter period of time than most people will use Splenda or sucralose. No studies have ever been conducted on children or pregnant women; however, there have been reports of pregnant women who used sucralose during their pregnancies who have had babies with birth defects.

And, finally, there is Sweet n’ Low or saccharin, which I do not need to say much about. Most people have already heard of its potential risk for cancer. 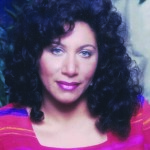 So, now you ask: “Well, what is safe?” I recommend Whole Earth Stevia and Monk Fruit, which is a natural sweetener. Just a warning, do not buy any stevia that has the words “natural flavor.” Natural flavor is comprised of 40 percent of MSG, which will be the topic of next week’s column

Have a blessed week. 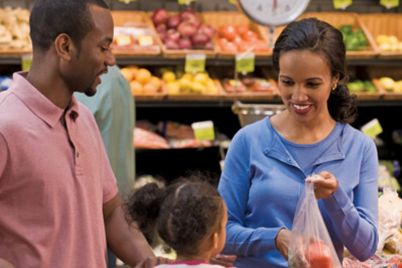 Give meals a nutrient boost

These foods will lower your risk of heart disease