By Amber B. Courtney, Bethune-Cookman University

TAMPA — The Carrollwood Cultural Center in Tampa held performances of the well-received “The Parchman Hour: Songs and Stories of the ‘61 Freedom Riders.”  Written by Mike Wiley, the play was viewed online last month.

The stage play told the story of the original Freedom Riders in 1961 and the troubles they faced before, during, and after their infamous bus ride to protest segregation on public transportation. It reenacts the fierce racism in the South, the abuse the Freedom Riders faced in prison after their arrests, their shared memories, and the funny and enlightening moments they had together while incarcerated in Mississippi’s notorious Parchman Prison.

“What drew me to the script was the way Mike Wiley chose to tell the story using a variety show theme, but still not sugarcoat or downplay the story at all,” said the show’s director Aaron Washington. “This is a mature script which will be sometimes unsettling, humorous, raw but always real.”

The play featured a diverse cast to represent the Freedom Riders’ differences in race, age, experiences of racism, and ideas of how to protest it. It used a variety of lighting, comedy, and sorrowful songs to show the tragic, violent, and hopeful times the Riders faced along their journey.

The play came into development in 2010 during Wiley’s time at Duke University as a professor in its Documentation and American Studies departments. After he and his students did research on The Freedom Riders, the play was written and eventually performed for the first time in 2011.

The play was not only performed in remembrance of the original Freedom Riders of 1961 but also in remembrance of those lost to police brutality in the recent era of Black Lives Matter. Wiley gives a nod to the Black men and women killed unjustly during the riots surrounding the Riders’ bus trips in 1961 and those killed by excessive police force since the 2013 murder of Trayvon Martin.

The play concluded with the actors standing on-stage saying the names of all of those lost before their final bow.

“The Parchman Hour” has been performed in many cities all over the U.S., and uses songs, humor, and a montage of intense moments to tell us about the original Riders as they made history.

During the current time of racial injustices and protests, “The Parchman Hour” was a reminder of those who fought in the past for the cause of racial injustice and how they refused to surrender. It is a great play that shows us that anything worth having is worth fighting for. 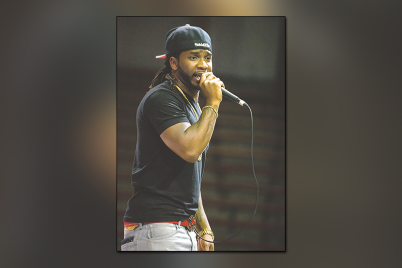 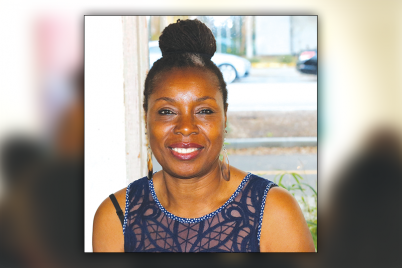 Patriotism Is for White People

By Terrell Jermaine Starr, The Root The American flag, drenched in the blood of American…