The tariffs will cost the nation an estimated 94,000 jobs, 8,000 in Florida according to the Tax Foundation. The economy would suffer to the tune of $389 million. This will impact low-income families who can least afford to pay the increased costs for food and other goods.

Florida relies heavily on agriculture and the rural counties and small towns that comprise much of the state will be affected.

“For citrus, whether orange juice or otherwise, we export to Asia, Europe and other countries beyond and this (trade policy) is raising our prices and making us less competitive,” Congressman Soto said. “We’re already seeing our citrus community recover from Hurricane Irma and citrus greening, and this is kicking them while they’re down.”

The Brookings Institution analyzed which tariffs most impact U.S. communities and found that agriculture regions and those producing metals are hurt most.

Going forward, Congressman Soto said Congress is working to restore the North American Free Trade Agreement. “We (the Democrats) want to make sure we have strong labor protections in the U.S., Mexico, and Canada,” Congressman Soto said. “In addition, President Trump failed to secure a seasonal fruit and vegetable deal for Florida.”

Agriculture Commissioner Fried also weighed in on the growing tension surrounding Trump’s trade policies. Commissioner Fried said she opposes the US-Mexico-Canada (USMCA) trade deal that is being touted by House Republicans, which she said could lead to Florida losing 8,000 farm jobs and suffering $389 million in economic losses.

“Behind all these numbers and all these products are people,” Commissioner Fried said. “Farm families, hard-working people, I’ve gotten to know and many who have called Florida home and farmed their land for generations, and many who find their livelihood threatened by President Trump’s policies, maybe the president thinks he’s helping with the trade war, but as they say, the road to hell is paved with good intentions.”

There are many other negative impacts of President Trump’s trade policies on Florida’s economy, including his decision to impose tariffs on solar panels. It serves as a disincentive for our state to join the movement to transition to alternative fuels to combat climate change.

Everything but the N-word

While speaking at a youth rally in Phoenix, Trump called the coronavirus “kung flu.”… 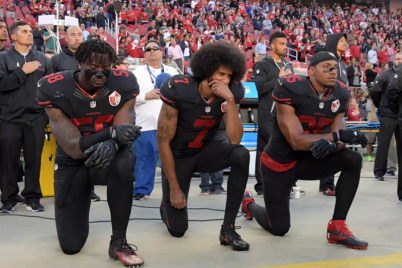 The NFL, Donald Trump and the perseverance of black protest

By Tyler Tynes | SBNation Football has never served the black body. This is not…