ST. PETERSBURG – Neglect or the sign of the times? Whatever the reason, WRXB went dark Tuesday, Nov. 14.

With no warning, employees were asked to come in and pick up their belongings Tuesday morning. It was no shocker to anyone who worked there or visited the station within the last month for an eviction notice had been posted on the door, but the four employees thought they would at least have time to say a final farewell to their listeners. 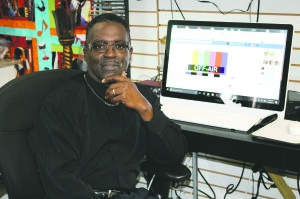 Richard Guess in his home studio

At one time, WRXB was the go-to station for Pinellas County’s black radio listeners. In 1975, Gene Danzey launched WRXB 1590 AM licensed for St. Pete Beach. The station broadcasted gospel and R&B from Sarasota to Tampa, including popular musicians who had not cracked the mainstream charts. It also gave Tampa Bay its first black-owned radio station.

“I’ve been sharing this information with our listeners for years, especially the last year or so that there’s a strong possibility WRXB could be going in a different direction,” said Guess, who tried for months to get information form Polnet, the parent company out of Chicago, to no avail.

“I sent letters trying to get information from them so we could prepare ourselves and the listeners,” he said, noting that after 40 years the community deserved better.

Before Danzey bought the station, he was the general manager at WTMP, a station in Tampa that catered to the black listeners. Danzey, however, didn’t want to manage a radio station, he wanted to own one.  He hired his children and poached about a dozen former co-workers from WTMP. Within 10 years, WRXB expanded to a 24-hour format.

The days of radio ruling the airwaves are long gone. With streaming services such as Spotify, Pandora and iHeartRadio, stations around the country are feeling the loss of revenue.  However, in Danzey’s day, it was pivotal.

He helped create business opportunities for minorities, becoming the first official chair of the Pinellas County Urban League and president of the St. Petersburg Economic Development Corp. He donated airtime to nonprofit groups and to help the St. Petersburg Police Department hire more black officers. His generosity with radio time went a long way toward changing recruiting and hiring efforts.

The station also magnetized politicians—many of whom were elected based on their ability to get their message out on the airwaves.

WRXB was sold by the Danzey family in the late 1990s to Rolyn Communications, Inc. and changed hands to the current owners in 2007. Once the station was no longer black owned, changes for the worse began to take place.

In Guess’ 15 years at WRXB, he saw faulty equipment, the signal getting weaker and necessary equipment to keep the station up and running coming out of employees’ pockets.

“I had to pay for it out of my pocket,” said Guess about a soundboard. “We had a mixing board that sent out all of our music and info; it was a 16-channel board but had only one channel working. Everything was patched and taped up… We had to buy things to keep it up and running because the corporate office had no desire to continue with WRXB.”

The beginning of the end came when lightning struck the station’s transmitter and they were off the air for a year. When a new 5,000-watt transmitter was purchased, Polnet would not buy a part to connect it to the transmitter.

“So we’ve been on a 750-watt transmitter for years, which only reaches past Central Avenue and then once you start going a distance north it would begin to break up,” said Guess.

Not only did WRXB’s parent company not purchase and maintain equipment, the disc jockeys had to supply their own music and computer programs.

“At some point, you have to put something into the station,” said Ed Edwards, former general manager as of Tuesday. “We stayed on the air with band aides. The public couldn’t fathom what went on because we were able to sound decent on the air, but behind the scenes, it was an absolute tragedy.”

Guess and the other personalities felt WRXB was more than just a place to work, it was more like a ministry.

“It has been a tremendous blessing in the years that we have been in existence,” stated Guess, who revealed that three different people confided in him that they were contemplating suicide but decided not to when a song was played that regulated their minds.

“Those are the things that I witnessed in sharing the inspirational music.”

Guess is kicking around the idea of going to Chicago and trying to work out a license agreement with Polnet where someone could lease the station until something could be permanently done.

“I’ve been throwing it around to several pastors that have an interest in it. The good thing about it is right now they are so desperate, I think that they will take any offer,” stated Guess.

Edwards said the station could hit the market for as little as $250,000.

“It was a shame that financially WRXB couldn’t stay on the air after it served the black community all these years, especially with the support that it had at one time under Mr. Danzey,” Edwards said.

Throughout the years, personalities have come gone. Many of the long-time listeners will remember Jim Murray, Rob Simone, Sister Dianne Hughes, Mike Walker, Pastor Norma Miller, Ivan Summers, Tony King and the list goes on and on.

It will be hard to say goodbye to Brian Anderson, Johnnie Butler, Princess Denise Wright and all the other programs and radio personalities.

“It could be that WRXB’s season is over, but I don’t believe that because when you talk about the season being over then you’re talking about God’s Word or ministry being over and there is no season to that,” said Guess.

Since the powers that be in Chicago would not show the black community the respect that it deserves, Guess wants listeners to know how he feels from the bottom of his heart.

“I want to take the opportunity to thank all of the individuals, our valuable listeners that have been with us down through the years. Hopefully, we touched hearts and minds regularly and most of all restored someone’s spirit.  It’s been a journey; it’s been a ride. Thank God for all of those individuals that supported WRXB to the end.” 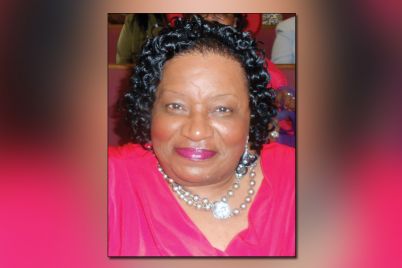 A salute of love and appreciation

BY ERNISA BARNWELL, Contributor ST. PETERSBURG  —  Over the years, many radio… 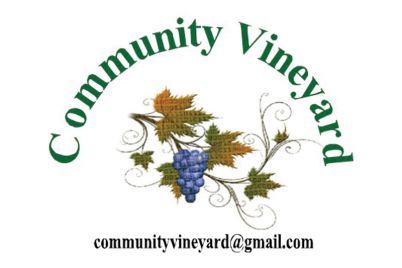 Tune in to Community Vineyard on WRXB 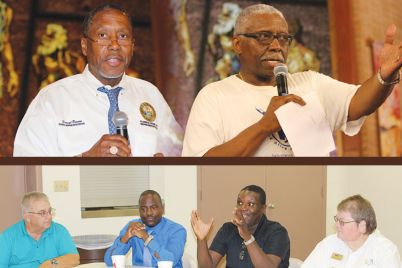 A weekend of hope and healing

BY HOLLY KESTENIS, Staff Writer ST. PETERSBURG – Pastors got together this past weekend…