These licensed practical nurses graduated from the vocational program at the all-black Gibbs High School in 1952. In the back row on the right was their instructor Mary Brayboy Jones.

By the fall of 1956, it was quite evident that Mercy Hospital was too small to serve the growing African-American community. Renovations to the hospital added nine rooms, new furnishings, an X-ray department, new equipment and a new parking lot.

Dr. James M. Ponder, Mercy’s first black physician, died on March 4, 1958. He was a physician in WWI and received a Presidential Citation for “meritorious service in the field of epidemic medicine,” which prepared him to lead almost single-handedly a fight against a smallpox epidemic in south St. Petersburg during the late 1920s.

In 1926, he was appointed city physician for the African-American community. He spearheaded the creation of Mercy Hospital and a prenatal clinic to serve its residents. It is said that he wrote the first prescription for Webb’s Drug Store. When Dr. Ponder died in 1958, the flag at City Hall was flown at half-staff during his funeral and a bronze plaque rests in his memory in the new wing of Bayfront Medical Center. 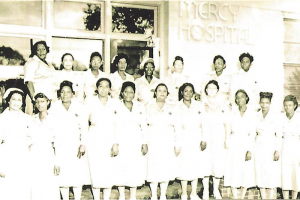 In 1960, overcrowding continued even as the city manager emphasized the need for expansion. The cost of the expansion climbed from $1 million to $1.5 million and eventually $1.7 million. It was only after an article written by Dr. Edward Cole, Jr. appeared in the St. Petersburg Times in Feb.1960 that the city seemed to be ready to spend the $1.7 million needed to expand and improve the hospital.

The cost continued to escalate, and by fall of 1960 had risen to $2 million. The project was delayed, and other locations were being suggested by the city manager and members of the African-American community. It was even suggested that Mercy integrate into Mound Park Hospital, with a wing in that facility.

During this time, four black physicians and two dentists proposed a boycott of the proposal to continue operating the segregated hospital calling instead for blacks to be admitted to Mound Park Hospital instead.

Amid all the turmoil surrounding the hospital, yet another issue surfaced. Fifteen of the Mercy’s 16 registered nurses threatened to leave their post in protest of the city manager’s plan to demote four black RNs and replace them with white nurses.

The community united in support of the nurses and the NAACP conducted a strategy meeting. The decision to demote the nurses was postponed, and recommendations were made to improve the quality of services at Mercy.

By late fall of 1960, the mayor wanted to use the $2 million earmarked for the expansions at the hospital to be used for other projects. There seemed to be little concern for the black residents in this decision, and there was even talk of a county hospital to serve blacks which, would be located at a site that would be very inconvenient for most of the city’s’ residents.

In Dec. 1960, the city council voted to spend the $2 million to build an annex to Mound Park Hospital with a tunnel linking the two separate hospitals; however, this plan was met with much opposition. The Mound Park Advisory Board, the chief of obstetrics and gynecology, the Mound Park Civic Association and several white physicians all went on record opposing the plan.

The reasons varied from it would “depreciate the value of the property and destroy our cherished way of life” to Mound Park “gradually becoming a charity institution.” On Feb. 19, 1961, the Mound Park Civic Association submitted 14, 721 signatures opposing the annexation. Surprisingly, on Feb. 23, 1961, in a private meeting, the decision was made to integrate Mound Park Hospital.

Two days later on Feb. 25, 1961, my childhood seamstress, Mrs. Altamease Chapman was admitted to the hospital by her physician Dr. Fred Alsup. With the admission of Mrs. Chapman, Mound Park Hospital was no longer segregated. This was not the first time a black person received treatment at Mound Park, for black patients had been treated there in secret and returned to Mercy without ever being admitted.

In May 1961, the city council voted to spend $700,000 for additions and improvements to Mercy. By Nov., the budget was $850,000, and construction was expected to take a year. The completion date was set for April 22, 1963. Mercy had grown from a five-room wood cottage to what was considered a showplace, a modern medical facility with much-needed improvements and additional staff.

Even with the expansion and renovations, Mercy Hospital continued to operate at a deficit and in 1964, the hospital was expected to have an operating loss of almost $400,000. The city started looking for ways to divest itself of the financially floundering hospital.

Several options were considered including an emphysema hospital and a skilled nursing home. In Sept.1965, the hospital administrator closed the emergency and operating rooms and transferred some staff from Mercy to Mound Park.

On April 13, 1966, after 43 years, Mercy Hospital closed. The patients and staff were transferred to Mound Park. The physicians continued with their private practice while holding staff privileges at other hospitals.

Acknowledgment: Thanks to Lynn M. Holman and Thomas Reilly for helping to preserve the history of Mercy Hospital with the publication, “St. Petersburg’s Mercy Hospital: A History of Caring” and the Historic Mercy Hospital Gallery at Johnnie Ruth Clarke Health Center. I relied heavily on their publication as a source. 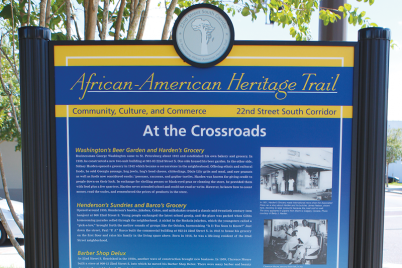 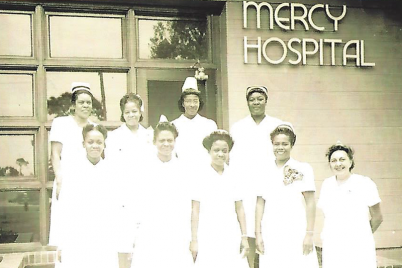 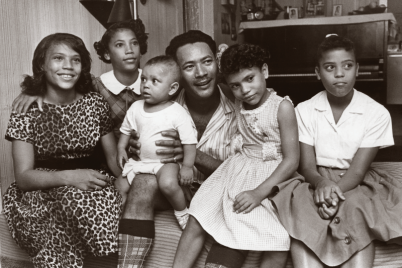