It will be remembered as the day Donald Trump raised a Bible but dropped all pretense.

The president’s designs to wield religion as a political weapon were fully laid bare in an image that is striking and scary on so many levels. We’ve all seen it by now. In a made-for-propaganda-TV moment, he led a bizarre parade from the White House to St. John’s Episcopal Church down the street on the evening of June 1, where he waited for someone in his entourage to hand him a Bible. He then silently stood in front of the church, trying out a few awkward poses with the Good Book — even holding it up in the air at one point like a trophy he’d just won — while he posed for photographs.

Since the church was built in 1816, every president has attended services at St. John’s, a block away from the White House. This place of worship had suffered some fire damage during the nationwide civil unrest following the death of George Floyd, who was killed by a white officer while in custody on May 25 in Minneapolis.

Perhaps Trump wanted to convey that he aimed to pay due respect to this revered building, harmed in the protests. Only he didn’t do anything that remotely showed he was being reverent. It wasn’t an actual visit, as he only faced the cameras, not even bothering to look over his shoulder at the boarded-up church.

He wasn’t inspecting any damage (mainly in the basement) and did not attempt to. He didn’t deliver inspiring words in front of such a holy backdrop; he quoted no Scripture and certainly didn’t pray. Finally, he encouraged members of his entourage to join him in the photo-op, and they all dutifully obeyed, standing like a dour group of white-collar businessmen in front of a vacation landmark.

It’s hard to pull punches when you see such a surreal, self-serving display. Rev. Mariann Budde, Episcopal Bishop of Washington, D.C., called it as she saw it, stating on a call to CNN that she was “outraged” by the act.

She publicly denounced the use of the sacred building “as a backdrop for a message antithetical to the teachings of Jesus and everything that our churches stand for.”

Minutes before, Trump had given a speech in the Rose Garden proclaiming he is our president of “law and order” and vowed that he would come down with a hammer on any protests that got out of hand. He failed to acknowledge the reason people are protesting across the country, to begin with — that is, systemic racism. Then safely surrounded by armed police and secret service men, Trump led members of his administration and the press on foot like a morose yet determined Pied Piper, simply to use religion, in its most tangible form, as a theater set.

All this would be deplorable enough, but let’s not forget how his path was cleared for this stunt. Police in riot gear had been given the go-ahead only minutes before using brutal force and chemical irritants on peaceful protesters to disperse them forcibly and make way for the president. And what did these American citizens do to deserve such thuggish treatment? They were exercising their constitutional right to assemble at Lafayette Park, next to the White House.

Rev. Gini Gerbasi, rector at St. John’s Episcopal Church in Georgetown, was on the patio of the church at the time with protestors, explaining that the space was being used as a respite, for rest or prayer. When the ominous baton-wielding forces came rushing in, though, she had to flee like everyone else, telling CNN later that “people were dropping to the ground, afraid.” She added that she was stunned, shocked, and deeply offended that the administration had desecrated the holy ground that was church property, turning it into a literal battleground.

This isn’t the first time Trump has used religion as a prop, weapon or even a shield. Well into the time of the COVID-19 lockdowns, the president suddenly demanded that churches be reopened immediately. Forget about the fact that most states were disallowing crowds to gather for the express purpose of maintaining their citizens’ safety; Trump seemed hell-bent (pun intended) on urging churchgoers to assemble, regardless of the deadly virus.

Yes, the fine print of his message suggested that the houses of worship follow guidelines from the Center for Disease Control, but he made no allowance for how severely a given community was affected or if the churches themselves were even ready to reopen just yet. And the timeline is more revealing: several months into the Coronavirus era and weeks into shelter-in-place instructions, Trump suddenly decided that churches should be deemed essential and demanded that the state governors open them immediately.

So, where was this righteous proclamation at the outset of the pandemic? If he truly felt this strongly all along that houses of worship were so essential to the country, why the delay in conveying this message? Recent voter polls showing his approval ratings dropping among evangelical voters may be a cause.

On Sunday directly following his demands for places of worship to reopen, Trump was nowhere near a church service, opting instead to spend the Sabbath on the golf course.

For an economy-obsessed president who has claimed that the Bible is his favorite book, Trump has a hard time putting his money where his mouth is. While giving an interview for Bloomberg Television as a presidential candidate years ago, a reporter asked him to name one or two of his favorite verses. Trump ducked the question a few times, like a boxer evading oncoming jabs, ultimately saying he wouldn’t want to get into it because it’s “very personal.”

A second reporter then asked him simply if he was an “Old Testament guy or a New Testament guy.” Now I’m no biblical scholar, but even I know that this is one of the most rudimentary questions you can ask someone who has ever cracked open the Book.

After a weird attempt at waffling, Trump answered, “Probably equal,” and refused to commit beyond that. Even if we assume he understood the nature of the question and what it is supposed to reveal about you, begging off didn’t make him look diplomatic. It just made him look like, well, a guy who doesn’t know the first thing about the very book he insists is his favorite of all time.

Trump isn’t the first politician to promote religion (or hide behind it, or hold it up like a crucifix against an evil threat, or wave it like a flag) for his own agenda, and he won’t be the last. But his controversial actions and words concerning religion are far more egregious than anything this country has seen in a long time, possibly ever.

His administration’s spin machine will claim that his St. John’s photo-op was reminiscent of Winston Churchill inspecting parts bombed-out London during the Second World War. Even many of his adamant supporters have a hard time swallowing this spoonful of malarkey, and many of them concede that the stunt was at best half-baked, misguided and contrived.

History will record it as a watershed moment not just in Trump’s presidency but in the American presidency itself.

Most people view it as a shameless, reprehensible and a sacrilegious play to make you believe that the man you see in the photo is on the side of God.

I’m not one to throw around a term like “false prophet” lightly, but the man posing in those pictures — with the church for his background and the Bible for his prop — shows a leader who is completely out of touch with what these very sacred buildings, texts and what other symbols of religion truly signify. But he understands their power all too well.

By Alex Raskin Sports News Editor For Dailymail.com Not only are the NFL owners… 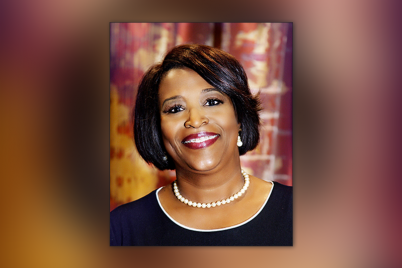 SPC has releases preliminary ‘comeback plan’ and guidelines for fall 2020 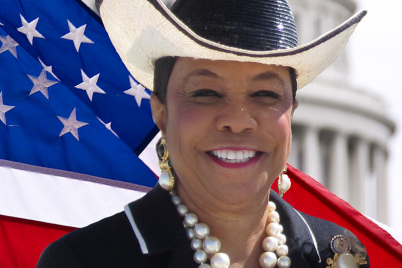