Hurston died penniless in 1960 at the age of 69 and was buried in an unmarked grave, her genius was forgotten about in the last decade of her life, her books out of print. But today, Hurston holds a near-mythic stature.

Interest was renewed by the research of writer Alice Walker and others in the 1970s and 80s. A documentary about her life, Zora Neale Hurston: Jump at the Sun, was made by St. Petersburg native, Kristy Andersen, in 2011.

Each year since 1990, the Zora! Festival has celebrated Hurston as a vital and creative contributor to American historical culture. Beginning on Jan. 25, this year’s 10-day celebration held the theme “Multiverse: Intro to Afrofuturism,” kicking off the festival’s five-year-cycle examining Hurston as the “mother” of Afrofuturism.

Afrofuturism describes cultural production — including science fiction, speculative fiction, film, art, fantasy, and technology – that reveals, expound upon, or interrogates how people of the African diaspora have found, and are finding, their “place” in the universe.

Afrofuturism’s conversation regarding “finding one’s place in the universe” will find no more apt progenitor to call “mother” than Hurston. Her intense curiosity, desire to examine roads less traveled, and insistence on pursuing her intellectual and emotional yearnings — alone and unhampered by the constraints of others — led her to follow a lone-wolf path through a life.

Hers would be a journey marked by great love, society embrace, and career fortune — mixed with equal doses of heartbreak, loneliness, and poverty.

Because Afrofuturism encompasses cultural production of the past, present, and future, Hurston’s spirituality, metaphysical musings, and anthropological studies fit well into this ongoing field of study. Hurston was the first to acknowledge herself as a “cosmic” being in a 1928 essay, “How It Feels to Be Colored Me:”

“The cosmic Zora emerges. I belong to no race nor time. I am the eternal feminine with its string of beads. I have no separate feeling about being an American citizen and colored. I am merely a fragment of the Great Soul that surges within the boundaries.”

Viewing Hurston’s impact and cultural significance through the lens of Afrofuturism has also encouraged continued exploration of her anthropological studies of spirituality as found in her seminal work of 1938 Tell My Horse: Voodoo and Life in Haiti and Jamaica and reinvigorated her relevance for a new generation of fans.

The festival included a two-day Afrofuturism conference with international scholars and academics covering subjects as diverse as “Connections between Hurston’s Their Eyes Were Watching God and Marvel’s Black Panther,” “Afrofuturism in Russia,” and “The Zora Neale Hurston Museum: A Study in Afrofuturist Architecture.” Renowned poet, playwright, and author Ishmael Reed gave the keynote address. 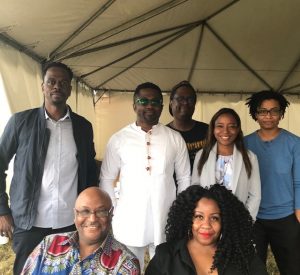 An “Afrofuturism Pavilion” gave a number of writers of black sci-fi, fantasy, and speculative fiction a chance to shine – including St. Pete’s own Tenea D. Johnson, author of the novels Smoketown, R/evolution, and Evolution – and Bill Campbell, the brain behind Rosarium Publishing, one of the only black-owned publishers of sci-fi, speculative fiction, and fantasy.

There was also a celebration of the re-opening of the Zora Neale Hurston Museum of Fine Arts, STEAM and educational workshops, film screenings, a book fair, an inaugural “Africa – America Women’s Economic Forum,” and the two-day Outdoor Festival featuring concerts and a vendor’s market.

A “Beyond Black Panther” Masquerade Ball served as a fundraiser for Preserve the Eatonville Community (PEC), the nonprofit behind the festival since its inception.

The World Conference of Mayors continued its collaboration with PEC and the Historic Black Towns and Settlements Alliance, Inc. (HBTSA) by holding its annual gathering in Orlando at the same time. The organization presented Tuskegee Repertory Theatre’s production of the musical “Booker T’s Towns,” celebrating Eatonville and other early, incorporated-all-black towns.

“I am humbled; I am impressed because this year represents the convergence of many different teams pulling together to produce this event. It’s passed being just an event,” shared festival director N.Y. Nathiri, who has helmed PEC and the Zora! Festival since the beginning.

“The economic impact that African American cultural heritage tourism has is clear. The data says this, but when you see what we’re seeing here with the Afrofuturism conference, I think that’s impressive.”

Hurston herself has recently become front-page news again, with the 2018 publication of Barracoon: The Story of the Last “Black Cargo,“ edited by retired USF Professor Deborah G. Plant,  based on Hurston’s 1931 interviews with Oluale Kossula — renamed Cudjo Lewis — the last living survivor of the Middle Passage. 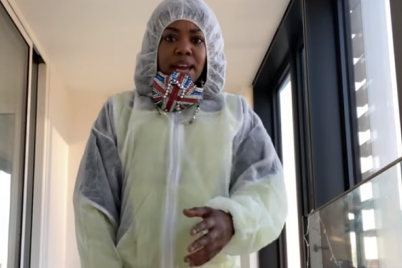 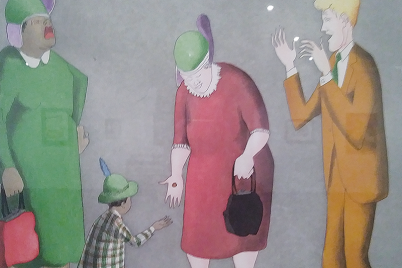 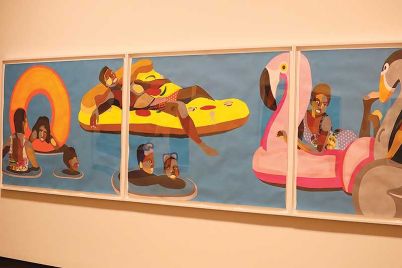