Though Pinellas County Commissioner Rene Flowers was on hand to deliver her keynote address from St. Jude Cathedral, along with a few other speakers, the MLK Interfaith Memorial Service was presented virtually due to the ongoing pandemic.

Though Pinellas County Commissioner Rene Flowers was on hand to deliver her keynote address at St. Jude Cathedral, along with a few other speakers, the program was presented virtually due to the ongoing pandemic. 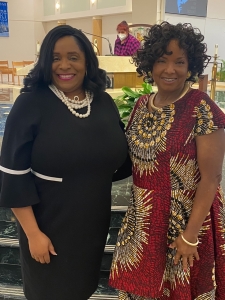 Flowers noted that in times of American slavery, a part of that bondage was withholding the ability to read and write from Black people, as it remained elusive.

“Even today, those without the skill set of reasonable reading and writing and — yes, I’m going to say ‘rithmetic — find it hard to achieve their goals of accommodations, of good-paying jobs, health care or other nominal comforts that come because of reaching for and attaining a portion of their excellence,” she said.

Flash forward to Dr. Martin Luther King, Jr., who sought for nothing more than for Black men, women, and children to ascend to a level of greatness.

Dr. King’s path toward excellence was outlined as a minister in the gospel,” she said. “Leading one of — if not the largest — congregation in Atlanta, being the son of an established preacher and a new husband to Coretta King, King’s path is what some would call smooth sailing. But how many of you can attest that your plan for excellence and God’s plan for excellence may not be the same thing?”

The year 1955 brought a ‘”dastardly fight” for equal civil rights for Black men and women with people such as Rosa Parks and Claudette Colvin refusing to submit to unfair, discriminatory laws that required them to give up their seats on buses to white people, Flowers explained.

“However, we must remember that the call for freedom started long before 1955,” she asserted.

Even though we have had an African-American president and now a female African-American vice president, the road to excellence in our country has been halted by those who say they understand and appreciate diversity, “however, their actions defy and say something completely different,” Flowers said.

“The attainment of excellence remains a challenge,” she said, “but is not absent from our grasp, nor is it elusive from our dreams. We can reach for and attain excellence.”

Mistress of ceremony Deborah Figgs-Sanders, the first African-American city councilwoman for District 5, noted that “we are in 2022, and we are still overjoyed and celebrating the fact that African Americans have reached somewhere in our history — we’re not quite there yet, but we are so happy for the journeys and where we are to this day.”

Imam Abdul Karim Ali, vice president of Interfaith Tampa Bay, pointed out: “This is part of the spirit of Dr. Martin Luther King, Jr. Bring people together and work for a common cause. A common cause is for a better world, a better humanity. We are better together than we are separate.”

However, Dr. Roy Kaplan warned that our society is becoming increasingly divided these days, namely on issues such as politics, abortion, the right to bear arms, vaccine mandates, and restrictive voting laws recently passed in some states.

“I know Dr. King’s family said don’t just worship or celebrate or commemorate their father — do something,” said the professor of Africana Studies at the University of South Florida. “You need to vote. You need to help other people register to vote even though it’s been made more difficult…This is a day where we’re commemorating a great man who contributed to making society better. We have to do our part now.”

In a video message, U.S. Representative Kathy Castor, serving the 14th District of Florida, underscored the importance of voting rights for all.

“We are working now to ensure that everyone, no matter your political background, your faith, your race, color, or creed, that you have a safe, secure and accessible right to vote,” she said. “We are trying to enhance the ability of every American to cast a ballot through the John Lewis Voting Rights Act and the Freedom To Vote Act … So on this day, in this beautiful, diverse Tampa Bay community, let’s recommit to justice for all with kindness and humility toward each other and the continued reach for human excellency.”

Rev. Dr. Bernice Powell Jackson, First United Church of Tampa, said in a video message that on this weekend, we pray with one heart and one mind for our community.

“We pray for unity and a common vision to take up Dr. King’s challenge to build the beloved community where all are welcome, where all are fed and clothed and housed, where all live in safety and dignity,” she said. 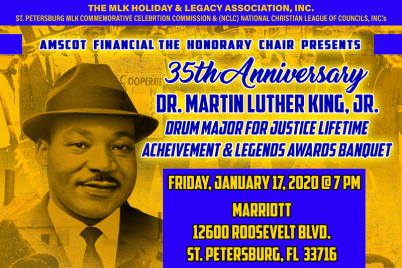 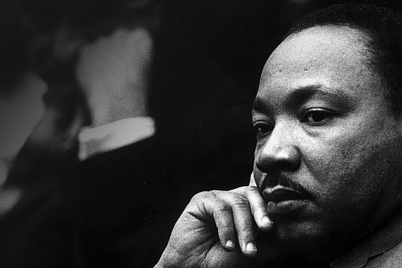 Eddie Chambers, Dallas News As we celebrate the birth of Martin Luther King Jr., we also… 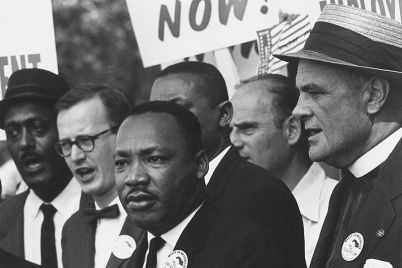 Editor’s note: By this point in his life, Dr. King focused on war, racism and poverty.…