L. Peter Callender is a joy to watch, playing three roles: Armstrong, Glaser and Miles Davis in American Stage’s ‘Satchmo at the Waldorf.’

ST. PETERSBURG — The much written about relationship between New Orleans jazz legend Louis “Satchmo” Armstrong and his manager, Chicago mob-affiliated booking agent Joe Glaser, is imagined by writer Terry Teachout in his one-person play “Satchmo at the Waldorf,” showing online at American Stage until March 7.

The play offers a loose-history of the dealings between the pioneering Black jazz musician, who spoke openly about his decision to let his probably closeted racist white manager with ties to the Chicago crime syndicate run every aspect of his financial life – and more.

The piece is set in 1971 (Armstrong died later that year in July), backstage at the Empire Room of the fabled and luxurious Waldorf Hotel in Manhattan, where the trumpeter also lived when performing regularly at the hotel. We watch Armstrong, now in failing health, ruminate over his life while dictating to a tape recorder – alluding to his voluminous collection of musical and privately self-recorded tapes.

Throughout the play, we learn about his difficult childhood, various experiences with Jim Crow racism on the road, his relationship with his musical mentor Joe “King” Oliver and his frustration and pain at eventually being called an “Uncle Tom” by Black people. The play also documents Armstrong’s love for his wife of over 30 years, Lucille.

Actor and director L. Peter Callender is a joy to watch, playing three roles: Armstrong, Glaser and briefly Miles Davis. There’s nothing more satisfying than watching one actor play multiple parts in a play when they can pull it off, which happily is the case in American Stage’s virtual performance.

Callender believably delivers both the blustering, gravelly-voiced Armstrong and his whiney-sing-songy Jewish manager Glaser — and, in a few scenes, the smoky-throated genius trumpeter Davis.  A classically-trained American Stage staple, who has acted in and directed several strong productions at the theater, Callender effortlessly transitions from one character into another, and it’s fun – and somewhat magical — to watch.

American Stage’s filmed version is shot from various angles and moments of dramatic lighting, creating a dynamism that moves the play along, and occasional Armstrong standards add musicality to the production.

Playwright Teachout also wrote the Armstrong biography “Pops: A Life of Louis Armstrong,” and he has been challenged for veering from the strictly factual documentation he offers in the book to a more “creative storytelling” in the play.

Some have accused Teachout’s play of depicting a more divisive relationship between the two, leaving the audience assuming that Glaser left Armstrong penniless and hating his manager. The drama between Davis and Armstrong has also been heightened, Teachout admits.

But the Satchmo biographer and playwright has rebutted these accusations, making clear in his own writing that the play takes more of a “re-telling” of the relationship and for the facts, one needs to read his book. And no one would doubt that the musician has every reason to run the gamut of complex emotions evoked in the play.

The play is directed by Ted Lange, who is best remembered as Isaac on “The Love Boat.” He said, “I think you’re going to find another side of Satchmo that you didn’t know about. He is often credited with being one of the great jazz musicians of the 20th century, but he was much more than; that he was a real entertainer, and he affected not only the music, but the singing of many other performers. He was a consummate entertainer.”

The run has been extended to March 7, originally scheduled to close Feb. 28. You still have time to catch this fascinating piece for the price of little more than a movie ticket ($15). Visit americanstage.org or call 727-823-7529. 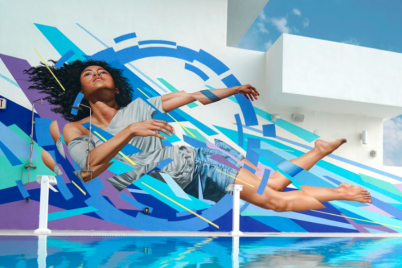 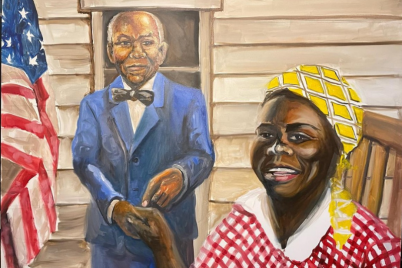 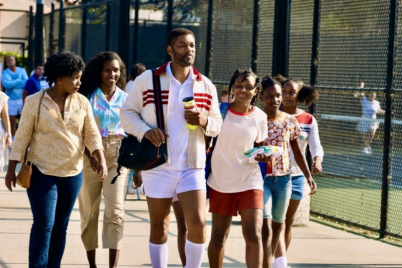