Twenty-five young men were inducted into the beta class last Thursday, Oct. 5. The goal of the Beautillion Militaire is to recognize and encourage young men, called “beaux,” to obtain higher levels of personal achievement, self-confidence, pride and cultural awareness.

The Beautillion Militaire is designed to celebrate and honor young African-American men. It focuses on the importance on exposing young males to character development and the enhancement of lifelong knowledge, skills and abilities. The curriculum is designed to awaken their sense of civic responsibility, scholarship and appreciation for their heritage.

The program will provide young males with tools to transition successfully from high school to post-secondary education and into young adulthood. This awesome experience for high school juniors and seniors promotes education, personal development and leadership.

During the beaux season, the young men will attend workshops, participate in rites of passage ceremonies, team-building, social outings, perform community service and will be taught dining and social etiquette.

Rev. Ken Irby, community intervention director for the St. Petersburg Police Department, brought greetings from the City of St. Petersburg and took this time to encourage the beaux while giving them advice that will help the young men be successful throughout adulthood.

As a special treat, the beaux had the chance to meet WWE superstar Thaddeus Bullard, known as Titus O’Neil in the ring. He took time out of his unbelievably busy schedule to talk to the young men.

Bullard has made an impact both in and out of the ring as a business and family man, motivational speaker, youth counselor and coach. You can find him speaking to children in schools, visiting the elderly in assisted living facilities and participating in charitable events in his community.

Speaking off the cuff, Bullard shared a little bit about how his character was developed and how he feels character is the number one trait people need to cultivate.

“It’s not money, it’s not finances,” he said. “It doesn’t matter where you come from, it’s a matter of having character.”

A product of rape, his mother gave birth to him when she was just 12 years old. Growing up in poverty, he was labeled a failure at a very young age. He got into trouble constantly and had the reputation of being a “bad kid.”

“I tell adults now — I almost curse them out when I hear them call someone a bad kid,” he said, noting that it wasn’t until he was 12 years old that he stopped believing he was inherently bad when a mentor told him there’s no such thing as a bad kid.

Bullard had the opportunity to attend a boy’s ranch, which he credits with changing his life. There he learned how to love people from all walks of life and had teachers and mentor that taught him the value of education.

When he was 17, his mother visited him at the ranch and revealed to him that his father, whom he’d never met, was her rapist.

“All the angry I had towards my mom turned into instant love,” said the Tampa resident.

Bullard said one of the passions in his life is speaking to children. He enjoys sharing his trials and tribulations in hopes that he can touch a child’s heart like his was touched.

“This is one of my passions in life. These kids are me,” said Bullard, who is the first combat sports athlete to give a TED talk.

Bullard is heavily involved in charitable work with various organizations in the Tampa Bay area and across the United States. He’s tied to many organizations that have personal significance to him such as the Susan G. Komen breast cancer foundation because his grandmother died from the disease and the Hillsborough County School system because he’s a firm believer in public education.

“I understand that there is a huge divide between the haves and have-nots and it’s my responsibility to bring the haves to the have-nots and give them a different perspective.”

Bullard said the two things he feels every young black man should have are a firm handshake and the ability to look every person in the eye and introduce themselves like a man.

“Have some pride about yourself.”

He talked about the double standard using as the example of Cam Newton’s loss of an endorsement deal because of a sexist comment, “but yet we have a president…”

“Look at the double standard; look at the reality of life.”

Bullard closed his speech out with three rules every young black man should live by. The first was to love and respect everyone they come in contact with. He acknowledged that the young men might not like some of the people, especially if they’re racist or sexist, “but eventually you will earn their respect.”

The second rule is to never say the word “can’t.” From a biblical standpoint, he quoted Philippians 4:13 where it says “I can do all things through Christ.” From a worldly sense, Bullard said he was told his entire life what he couldn’t do.

“I’ve done it a thousand times greater than even I could have imagined.” 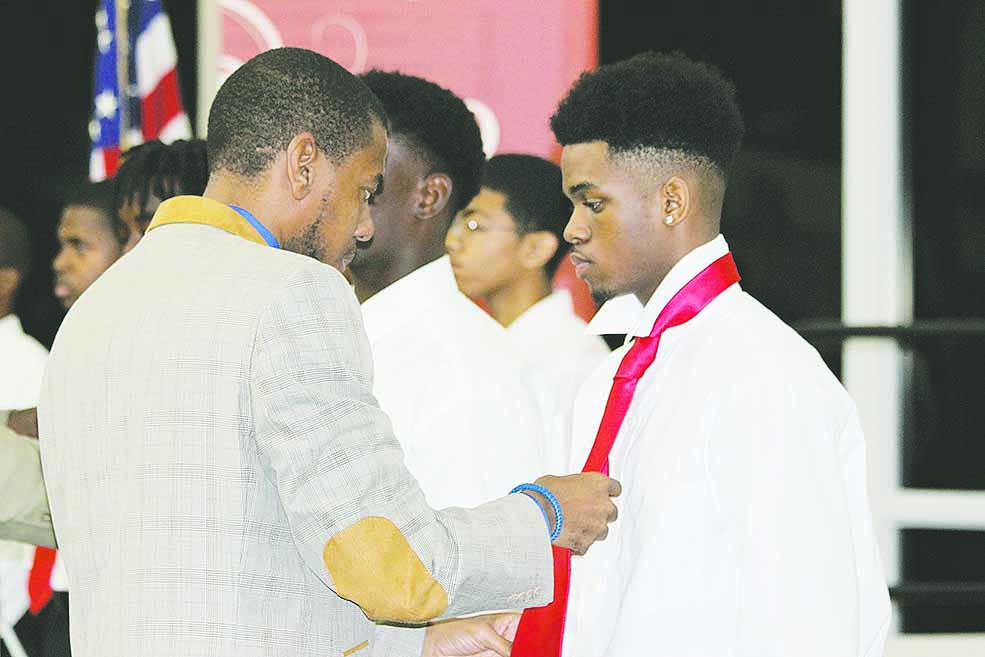 For his final rule, he encouraged the young men to always do their best. As long as you’re doing your best, he told the crowd, God, your parents and teachers will never be disappointed.

The evening ended with the induction ceremony where the four principals of the Beautillion were read. The principals, derived from Swahili terms, were delivered by Kelvin George (Ubora = Excellence) Reggie Reed (Tabia = Character), Malcolm Flakes (Ukuaji = Growth) and Rev. Watson Haynes (Umoja = Unity).

April 29, 2018, the beaux will be presented to society at the second biennial Beautillion Militaire Scholarship Gala. The event will include dinner and entertainment by the beaux, including a military-style drill. 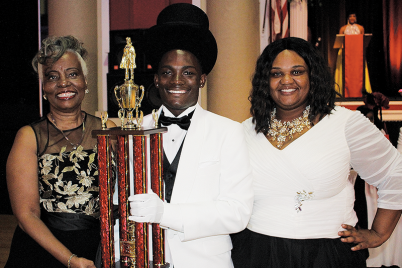 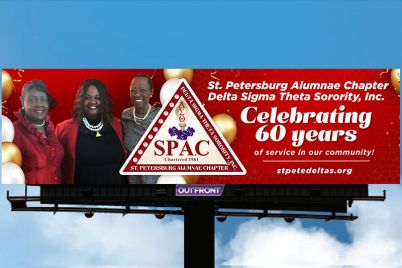 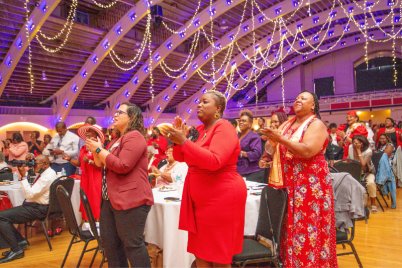