ST. PETERSBURG — On occasion, Dr. Constance Wheat Batty is asked why she wrote a book about her parents. To these inquirers, she replies: “My father and mother can be modeled for the younger generation because they did exceptional things with their lives.”

Her father, Donald Louis Wheat, and mother, Irma Lucille Wheat, were, by all accounts, ordinary people. Like many of their peers, they lived, worked, and raised a family in New York state.

They did so, though, in the face of racism, both blatant and subtle. Though  Batty’s parents faced discrimination far and wide, they worked their way into success, traveled the globe, and contributed to their community. 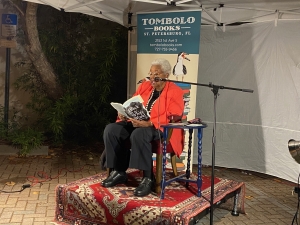 Batty has keen memories of her childhood and her parents’ influence, many of which she shared with an audience at an outdoor event at Tombolo Books on the evening of Jan. 10. Her conversation centered around her book “Black in a White World: An Incredible Couple Who Changed Lives.”

An overarching value that her father instilled, Batty said, was that of kindness. After a career as a firefighter and a side hustle as a handyman of sorts, Donald Louis Wheat decided he wanted to open a liquor store in New York. At the time, though, Black men and women were not allowed to hold liquor licenses, so he was denied the opportunity.

He persevered, deciding to purchase a small candy shop on Long Island instead. It wasn’t long before the store grew in popularity and expanded to include a luncheonette. In its prime, the store offered everything a modern convenience store would, and then some.

Batty said kindness and a polite demeanor, along with having what the customer needed or wanted, was his motto.

Batty said a specific memory came to mind, noting that local police would come into the store with a barrage of questions several times.

“They asked if we sold numbers (gambling) and were we selling narcotics. They wanted to know who owned the store.”

At the time, Batty was running the cash register at the store. She’d call her father, who would come from their home or the firehouse, and once he arrived, Batty said she would witness a peculiar phenomenon take place.

“These hostile policemen suddenly mellowed out when they realized that my father was a city fireman.”

The police, she said, found camaraderie with her father when they realized that they and her father shared in similar service to the city.

“That took precedence over everything else,” she said.

During her event, Batty recounted many of the trials her parents faced and overcame — including the deaths of two of their children — even with the odds stacked against them.

She noted how important her father’s commitment was to his community and civic duty. He was very active at the local level, fighting for equitable amenities, such as a late-night bus line so that people who depended on public transit could get home when they needed to.

They found creative ways to make money and were resilient in everything they did. At one point, they lived in Europe for 10 years and instilled a love of travel within her, but, she said, one fact never left them.

“There was always the shadow of being Black with them all the time. That was always a factor that they had to contend with.”

Batty was able to tell her parent’s story thanks to recordings, letters, and diaries, and in recounting the lives of her mother and father, she gives to the world a story of resilience, fight, heart, and what it means to be Black in a world set up for white.

You can watch the recorded event on Tombolo Books’ Facebook page.

Visit tombolobooks.com to purchase “Black in a White World: An Incredible Couple Who Changed Lives.” 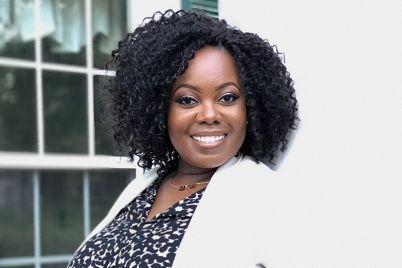 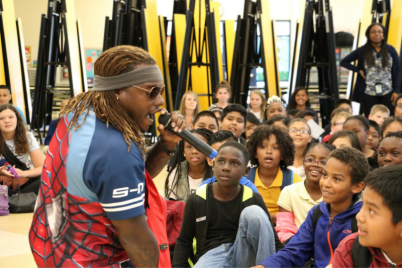 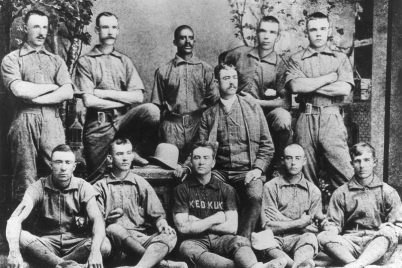