The first African-American mayor of St. Petersburg, Ken Welch, made history upon raising The Carter G. Woodson Flag over City Hall on Tuesday, Feb. 1, the official start of Black History Month. Flying the flag over a government institution acknowledges and commemorates the contributions Black people have made to St. Petersburg and the nation.

“As we recognize the contribution, struggle and achievements of Black Americans, let’s take a moment to remember how far we have come in our own city,” Welch said. “We have had historic elections for city council and for mayor. We’ve made progress in recognizing the disparities and the impact of structural racism in our community and creating and implementing meaningful change in economic and social equity.”

Welch noted that we also must recognize the significant work ahead of us to achieve true equity for all St. Pete residents, informed by our history.

“Accurate history does matter, and that’s why I’m honored to raise the Carter G. Woodson flag over City Hall in recognition of Black history,” the mayor said, adding that he is a strong supporter of the city’s full partnership of the expansion of the Woodson Museum of African American History.

Welch noted that progress is underway in the city, like with the recent groundbreaking at the $93 million redevelopment of the historic Jordan Park neighborhood.

“That redevelopment will reimagine Jordan Park, and it will empower its residents,” he said. 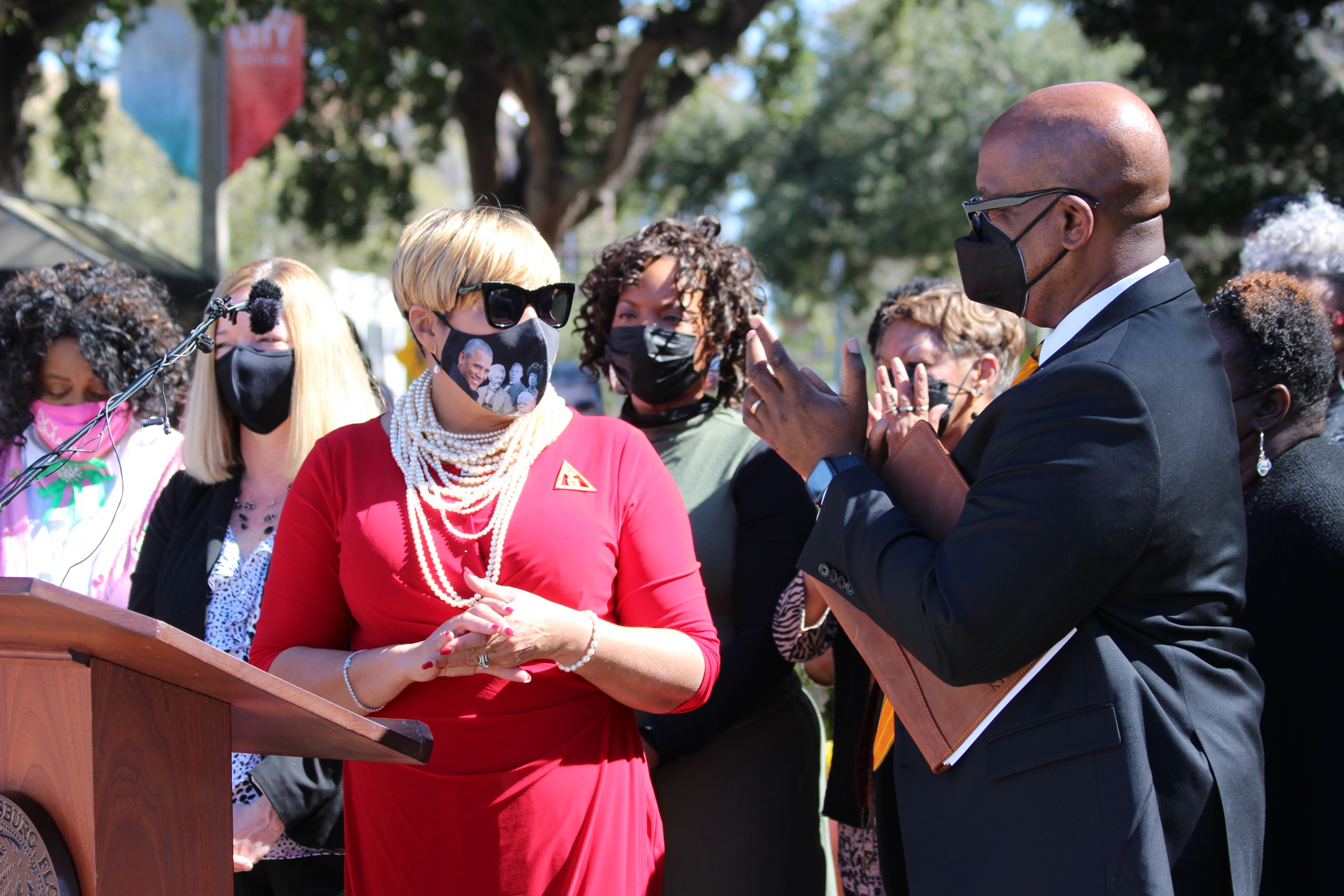 “Four years shy of a century, we are still faced with a longing desire for Black history to be taught, appreciated, celebrated, and included in the annals of American stories,” Terri Lipsey Scott, executive director of the Woodson Museum.

Referencing the disparity and structural racism study commissioned by the city, Welch said it showed a pattern of discrimination and inequity in contracting, housing, criminal justice, and more. He praised the previous administration led by Rick Kriseman and the city council for asking the “uncomfortable but necessary questions.” Welch said now that we have the answers, “we must be resolved to do the necessary work to build a foundation of lasting equity for our city.”

“Standing here at City Hall today, we celebrate our progress, we honor Black history, and we also look forward to the real work of building opportunities for all, creating a culture of intentional equity and inclusive governance,” he said.

Issues of affordable housing, safe neighborhoods, youth opportunities, environmental and social resiliency, women’s rights, human rights, civil rights, voting rights, and justice reform cannot be addressed by the status quo, he stressed, adding that for the good of our entire city, “we must continue to work for the day when all who call St. Petersburg home share equitably in the prosperity of our city.”

“This month, we recognize and celebrate Black history and the legacy of St. Petersburg’s Black pioneers, which is woven into our city’s history,” the mayor said. “As we write the next chapter in our history, let us remember that by working together, we will honor our past and build a more inclusive and equitable future for all.”

Terri Lipsey Scott, executive director of the Woodson Museum, said that the desire and tenacious efforts of Dr. Carter G. Woodson to launch Negro History Week in 1926 could not be understated. Woodson, commonly recognized as the father of Black history, chose February to encompass the birthdays of two Americans who played prominent roles in shaping Black history, Abraham Lincoln (Feb. 12) and Frederick Douglass (Feb. 14).

“Four years shy of a century, we are still faced with a longing desire for Black history to be taught, appreciated, celebrated, and included in the annals of American stories,” she said.

The Carter G. Woodson flag was first raised over City Hall in 2016 by then-Mayor Kriseman, Scott said, but noted that this year’s event held a special significance.

“Today is the first time in our country’s history that an African-American mayor will raise a flag in honor of Dr. Carter G. Woodson’s legacy and Black history month over a governmental entity,” she said.

Scott recalled her time as a city employee over 30 years ago, working with who was then the city’s only African-American elected official, David Welch — the current mayor’s father. David Welch was a city council member and served as vice mayor and even ran for mayor himself, unsuccessfully.

“His words on those steps, even then, were, ‘I want this city to become a better place for my children and my children’s children,'” she said. “I think he knew how prophetic those words were because when becoming mayor was no longer his personal dream, he began to imagine it for his son. Mayor Welch, I think I can personally speak on behalf of your daddy, for this day he would say, ‘Son, you’ve done me proud!'” 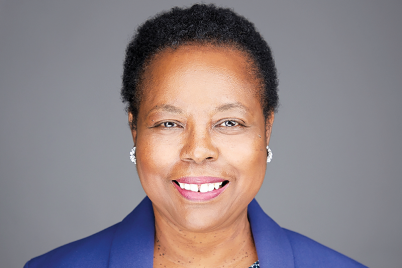 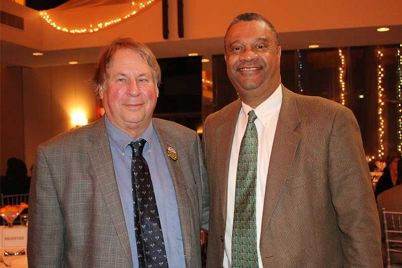 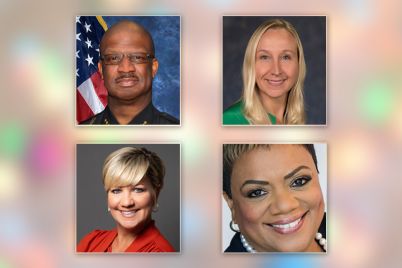