According to a Harvard Business Review report released in 2021, 17 percent of Black women are starting or running new businesses.  This is higher than the percentage of white women (10 percent) and white men (15 percent) who are doing the same.

Struggling and fighting against racial inequality and oppression is part and parcel of the minority experience in the U.S. Perhaps no other group knows this better than Black-American women.

Despite the overwhelming obstacles before them, Black-American women still make their impact known. In the political arena, for example, in 2018, turnout amongst this demographic surged by more than 15 percent compared to the previous midterm elections in 2014.

We saw firsthand the positive effect Black women had on several elections when they played a central role in engaging with and mobilizing others to vote. This has arguably led to the current voter restrictions being implemented in many states nationwide.

Now Black women are making their presence known in the business field as well. According to a Harvard Business Review report released in 2021, 17 percent of Black women have started or run new businesses. This is higher than the percentage of white women (10 percent) and white men (15 percent) who are doing the same. In fact, of all new female business owners, 42 percent are Black women. 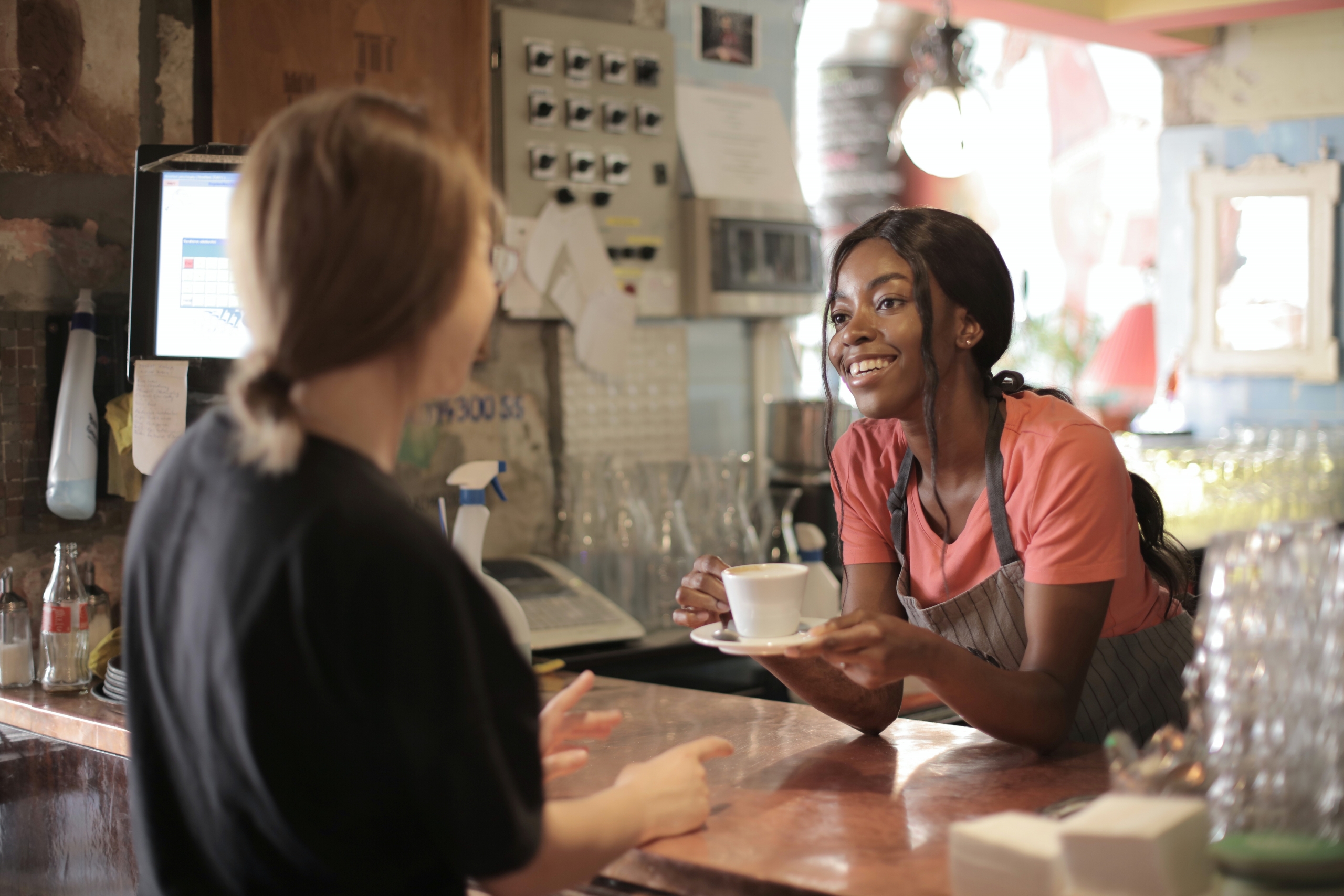 Despite a lack of access to funding, 61 percent of Black women choose to self-fund, while only 29 percent live in households with incomes over $75,000.

Despite the racial biases that restrict people of color from receiving financing for their businesses and a global pandemic that has wiped out many small businesses (41 percent of them being Black-owned businesses) in the last two years.

Black women are overcoming barriers to start their businesses at extraordinary rates. However, only three percent of them are running businesses that have matured beyond the start-up phase. With such a powerful push to get their businesses off the ground, what is causing such a sharp decline in sustaining them?

Between 2007 and 2012, female-led Black-owned businesses grew by 67 percent and by 50 percent between 2014 and 2019. This represents the highest growth of any female demographic during these two periods. The previously mentioned Harvard Business Review report revealed that 61 percent of Black women self-fund their entire start-up capital. This begs the question if they can overcome the obstacle of accessing capital to start their business, why do they struggle to sustain it?

The solutions to the challenges Black female entrepreneurs face are relatively simple: access to capital and support.

Fortunately, steps are already being made to make both available. Locally, the Beta Nu Omega Chapter of Alpha Kappa Alpha Sorority hosted the Women’s Virtual Empowerment Expo and Business Showcase. The event was organized to support and empower the growth of female Black-owned businesses.

Programs such as this allow Black female entrepreneurs to network and retool. The event’s theme, “Mind, Body, and Spirit – Reflections of a New You,” aimed to address the importance of self-care, finding balance during uncertain times, the benefits of seeking help, and examining the toll of running a business can take when self-care is neglected.

Female entrepreneurs must strengthen their resolve every day to face the challenges of running a business. This continuous struggle heavily impacts their mental health. Expos like this open up discussion around mental health, which our community largely ignores.

To tackle the challenges surrounding financing for Black-owned businesses, opportunities have opened up in the wake of recent political and racial unrest, which have exposed the disparities. Three Black women have prioritized supporting and giving back to their community by providing access to business capital for other up-and-coming business owners.

Arian Simone experienced difficulty accessing financing for her retail store firsthand while still a student at Florida A & M University. There were few Back business investors available for her to pitch to, which fueled her passion to one day be the investor for someone else that she desperately needed when she was a student.

The Fearless Fund invests in businesses led by women of color who need pre-seed, seed level, or a series of financing. In addition, their 12-month Get Venture Ready Program helps Black female-owned businesses get the training, mentorship, knowledge, and skills needed to gain access to capital.

Olivia Owens watched her mother struggle to access capital and scale her business throughout her life. It was only when her mother came in contact with IFundWomen that she could get the tools necessary to raise funds for her business. After years of toil, her mother raised $30,000 on IFundWomen.

Olivia joined IFundWomen in 2017 and helped launch IFundWomen of Color in 2020 when the organization saw that while women of color represented 70 percent of their community, they only represented about 30 percent of the funds being raised. They knew something needed to be done to address this imbalance.

With a $1 million investment from their founding partner Caress, IFundWomen of Color has been helping women of color entrepreneurs actualize their business dreams by raising capital through crowdfunding or grants. They also provide coaching and networking opportunities required to launch and grow a successful business.

Shelly Bell’s foray into business allowed her to see how the inability to access social and financial capital limited the growth of businesses founded by women of color. Her personal experience inspired her to start Black Girl Ventures to provide access to the resources she wished she had when she was beginning.

Black Girl Ventures connects like-minded entrepreneurs with a community that supports growth. Their BGV Program coaches entrepreneurs to prepare and fine-tune their business pitches. It connects them to a supportive community to help them along their entrepreneurial journey. They also organize a BGV Pitch competition, which is the largest pitch competition for founders who are women of color.

The competition is where crowdfunding meets pitching. Women of color founders are given three minutes to pitch their business idea and three minutes for Q&A from the audience. Audience members then vote with their dollars for the founders whose pitch resonated with them. The person with the most votes (not necessarily with the largest amount of money raised) wins.

Historically, Black women have been marginalized and denied access to services that other demographics often take for granted, such as medical services and, as outlined here, business funding. It is a testament to the resilience of Black women that, despite the challenges, they are the fastest-growing demographic of entrepreneurs across the nation. Despite a lack of access to funding, 61 percent of Black women choose to self-fund, while only 29 percent live in households with incomes over $75,000.

Black women are embracing entrepreneurship, and they mean business.

Yolanda Goodloe Cowart is a PTAC specialist at the Florida PTAC at Pinellas County Economic Development. Learn more at sbdctampabay.com/ptac. 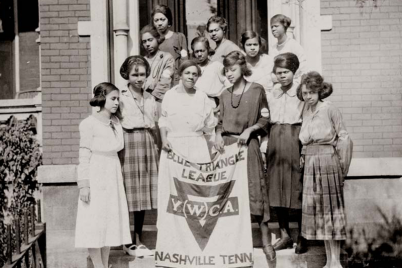 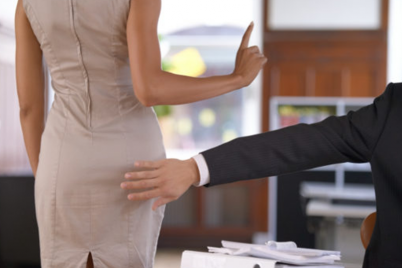 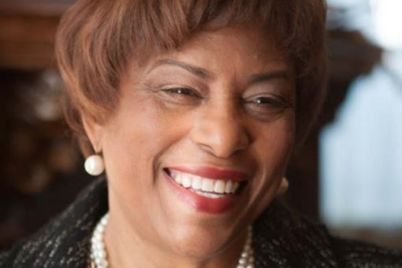 BY: GLYNDA C. CARR AND MAYA L. HARRIS Black women went to the polls in record numbers in…