In 1998, God called Apostle Hodge to start Word of Life Fellowship Church along with his wife Teralyn “Terry” Hodge.

PETERSBURG – “Pastor Hodge, did we get you,” asked Mistress of Ceremony Jeanette Bright, standing next to her husband and Master of Ceremony Lendel Bright.

“Yeh, you got me,” replied Pastor Ellis Hodge, with a surprised look on his face when family and friends from Valdosta, Ga., sauntered into the banquet room of Lakewood Country Club last month for his 20th anniversary as the senior pastor and founder of Word of Life Fellowship Church.

The anniversary committee pulled out all the stops when planning for this momentous occasion, and Pastor Hodge had no idea he would have a mini family reunion that night.

Pastor Hodge was called and licensed to preach in 1990 while attending Mt. Zion Progressive Missionary Baptist Church. In 1998, with the blessing of his pastor, he started Word of Life Fellowship Church in the basement of Graham-Rogall Apartments with his wife Teralyn in tow.

“The year 20 means that we are established,” said Sister Ola Miller. “Being established takes time. It takes hardships, it takes staying when other people leave, it takes teaching to a handful or a packed room. It also takes giving up your vacations, giving up your sleep and your personal time to serve others.”

One by one, family and friends stepped up to the podium to show Pastor Hodge how much they loved him.

“He was a little rascal,” said his aunt, Gloria Barber from Safety Harbor.

Barber lived with her nephew for years while he was growing up. Either he was really a great child, or she didn’t want to divulge any mischievousness in front of his congregation.

“Congratulations my love. Twenty years of teaching and preaching God’s word–what a blessing.”

Simon met Pastor Hodge, or Jack as he calls him, when they were in the third grade. He told stories of how they would look at cheerleaders through a fence that separated their elementary school from the high school, or how they staged a walkout when a tobacco farmer didn’t make good on his promise of bringing them sodas midway through the day.

“The reason we were protesting, it wasn’t about the salary, it was about the sodas,” Simon said. “Back in the 60s, a soda was a treat for us.”

Simon told the Word of Life congregation members that they couldn’t have chosen a more “God-fearing and spirit-driven man.”

“You’re a great man, and I’m so blessed to call you my friend.”

Carter said she’s glad that through the years, he’s learned to hold his tongue.

“He used to think that if he thought it, he should say it,” she laughed.

“He has grown to be such a seasoned saint, a minister, a teacher and such a loving little husband.”

Carter’s daughter, Patty Carter Gamble, said when Pastor Hodge was over the Single’s Ministry at Mt. Zion, he would break down all of the ignorance and stupidity that comes along with dating.

“He had no tact. There was no dressing it up,” she said. “That’s truly what we liked about the ministry.”

The Bryant family, Pastor Hodge’s next door neighbors, dating back to the 70s, was on hand to talk about him as a neighbor.

Kiki met the Hodges at the age of four.

“I remember this man standing in the yard, and he had on these baseball shorts, and they were real, real, short,” she recalled. “He had these tube socks that came up to his knees, and he had on this tight t-shirt. And he thought he was fly.”

She said their relationship blossomed and the Hodges eventually became her godparents.

“They have been in my life ever since—through college, my marriage, my divorce…I’m so proud to call them godparents.”

The Bryant family was one of the first members at Word of Life.

Greg Ramsey met Pastor Hodge at Mt. Zion almost 25 years ago. He told him if he ever went to pastor a church, he was going with him. Twenty years later, the two are thick as thieves.

His wife Helen Ramsey likened Word of Life to the Children of Israel.

“They pitched their tents to live; we pitched our church to worship God. God chose Moses and Joshua to lead the Children of Israel; he chose Pastor [Hodge] to lead Word of Life.”

The Ramseys followed Pastor Hodge over from Mt. Zion. Helen Ramsey recalls the early days of Word of Life when the pastor could be seen crossing Martin Luther King, Jr. Street with a Winn Dixie shopping cart full of bibles, fans and cushions for the hard chairs.

“Sometimes he would take us all out to dinner, and not just my husband and I, but the whole church—all 10, 12 of us.”

“Every time there’s a catastrophe, go to Pastor Hodge, he won’t hesitate.”

“Believe me, we’ve reached out to a lot of people, churches and unfortunately they are too busy building churches, and that’s a sad thing,” Rev. Robinson said.  “You can count on Word of Life for being an extension of God’s arm.”

Guest speaker for the evening was Dr. William Glover, senior pastor of Mt. Hermon Ministries, Inc. in Ft. Myers. He anchored his sermon on 2 Corinthians 4:7, calling Pastor Hodge a depository of wealth and treasure.

“There is treasure in this vessel,” he said. “Over 20 years, he’s been able–out of his depository–to deposit in the lives of everybody in this room.”

Pastor Hodge ended the evening thanking all those who have helped him become the man he is today, singling out his wife by calling her the “best gift God has ever given me,” and his late mother and grandmother for instilling the Word of God in him.

He has no plans to rests on his laurels. He told his congregation that they are just now ready to do what God calls on them to do.

“All the teaching and all the training is just positioning us and laying a foundation. Now it’s time to start laying some blocks. For those of you who have been with us, you should be preparing yourself now to be a block layer,” finished Pastor Hodge. 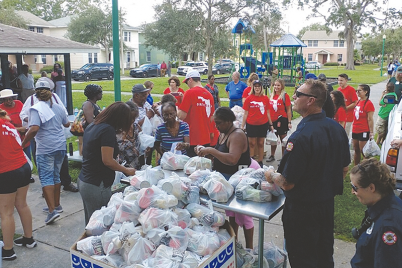 Food relief offered to the community at Jordan Park Apartments

ST. PETERSBURG – Millions of families have been affected by Hurricane Irma and the St.… 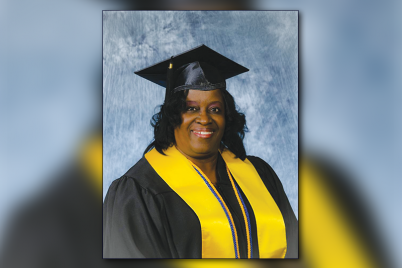 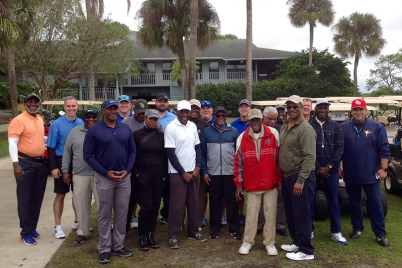