For all of the ‘angry black women’

I have been working to get something off of my mind and spirit, and I have decided to even emerge from my retreating over the past few months to do so. Here’s to closure. (Cue Solange’s song “Mad” in the background)

Recently, I attended a meeting in the community that reportedly shares a common and profound goal around addressing and improving the many disparities that exist in the educational system as it relates to black children.

During what seemed to be a pretty intentional meeting about racial disparities due to oppression rooted in white supremacy, I was quite confused, and sadly not surprised, that none of the discourse that had taken place in a meeting that literally lasted all morning made no direct mention of—that’s right!—race, oppression or white supremacy!

While a room of predominantly white women (and a few black folks perhaps not wanting to rock the boat) brainstormed interventions that surely have been done time and time again with no effective outcome, I would share my own thoughts, ideas and frank concern that we were continuing to avoid addressing the root causes of the problems we were convening about and consequently we were ultimately perpetuating more harm and injury onto our community.

Needless to say, this metaphorical boat tipped all the way over and for the most part, no one was throwing me a life jacket.

During the meeting, I was subjected to a level of (attempted) silencing and gas lighting that I cannot recall experiencing in quite some time. Clearly, folks were not willing to be uncomfortable for the sake of the children that morning.

After the meeting, I found myself spending the remainder of the day processing what occurred and why. One white person told me I had a certain level of “anger” and “emotion” evident in my tone as I spoke and as a result, the white lady next to me, who echoed the same points I had just finished making during the meeting, was able to be heard and even praised for her “courage” while I was met with defensiveness, denial and side-eyes, I am sure.

I was encouraged by this person to leave my emotion out of it. As I write this, I still shake my head at such a request and even more so that I considered falling for that trap again. During reflections that day with other people who had been at the meeting, they were quite surprised to hear my demeanor characterized as angry.

Anxious and a little nervous, yes. But, angry? This was an important lesson and reminder for me.

I will repeat what has been said time and time again. Black women and black people, do not ever give anyone the power to veer you off of your mission of liberation and change with messages of being too angry,  too dramatic, too threatening, too aggressive, too frustrated, too passionate (apparently it is a thing)–too BLACK!

The claim of discomfort, angst and literal tears that will manifest from white folks (and black folks attempting to preserve themselves psychologically and practically for fear of losing jobs or even their perceived status in the community) who are forced to hear words such as racism, oppression and white supremacy are frankly none of your concern.

As white sociologist Robin DiAngelo said: “Being nice is not courageous.” People have been nice for hundreds of years! Literally. And, the truth is, I, as many other mad black women, have been labeled “mad” without even saying a word!

If it is not your anger, there will be something else. You, my black brother and sister, “could have done better” to make people more comfortable. Thus, at this rate, the burden will always be on black and oppressed people to jump through hoops and bend over backward for people who clearly are not ready for the change necessary, despite what they may say.

In order for true liberation–whatever that means to you–as a people in these times, we must be brave enough to shout from the mountain tops, or more realistically, speaking simply truth each day of our lives no matter who cries discomfort.

Being nice for the sake of comfort is a tactic. There are damaging stereotypes about it; there are songs about it (Solange’s “Mad” is a favorite). It is a subtle yet very effective strategy used to silence entire communities of people in efforts to pacify.

It is no coincidence that in the 1960s black people were being diagnosed and institutionalized in mental wards and prisons with paranoid schizophrenia at disparate rates.

Being nice for the sake of comfort has invalidated and ultimately erase a people to the point that we continue to struggle in 2018 to find language that describes the conditions we live under (relate this to the climbing depression rates in our community, including the rising suicide rates among our children).

Even worse, some of us have been convinced that remaining silent is maintaining the peace and therefore what is best despite our worsening collective position in this realm.

White folks who may be reading this, it is your responsibility to work through the discomfort. Acknowledge it; meditate on it; own it and then do something different instead of remaining silent or using the person of color in front of you as a scapegoat for your discomfort. Every time you stay silent, every time you engage in the above, you are perpetuating and maintaining a deadly system.

My black people, in the words of poet Nayyirah Waheed: “And if your gift is to make people feel something, do not cover that in apology. Do not lie to accommodate others’ fear of feeling.”

Kayla Nembhard is a licensed psychotherapist, budding writer and community warrior. Her mission is to use words and narratives or stories through therapeutic practice and simple everyday conversation to remind people of their inherent magic and power to transform not only their individual lives but their communities as well. To contact Nembhard, email knembhar@mail.usf.edu. 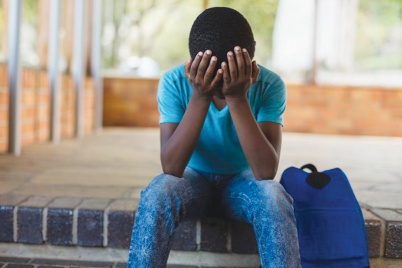 In the spirit of naming our feelings: Race-based traumatic stress 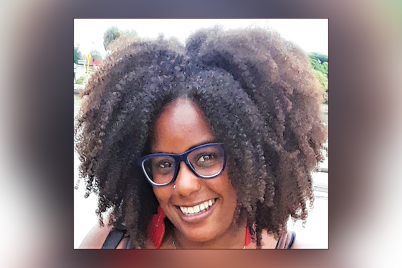 The Revolution Will Not Be Pathologized!

BY Kayla Nembhard What does “healing” look like? What are we truly even healing from?… 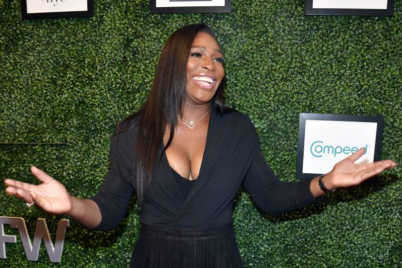 If You’re a Black Man Mad About Serena Williams’ Engagement, I Have Questions

BY: DEMETRIA LUCAS D’OYLEY, The Root Pardon me. I need to preface what you are about…