LARGO – Creative Pinellas, the county’s non-profit arts agency, formed in 2011 with a mission to “support Pinellas County’s artists, arts organizations, and the arts and cultural community for the benefit of residents and visitors alike.”

Last month, Creative Pinellas held its 2018 Arts Annual — which functioned as its first fundraiser — showcasing a slew of talent.

In 2017, the arts agency took over what had been the former Gulf Coast Museum of Art for 73 years before it closed in 2009. The county had ownership of the building until Creative Pinellas’ executive director Barbara St. Clair approached officials about utilizing the space, which consists of a gallery and several offices.

The gallery was bursting with the featured visual artists’ visually stunning and provocative offerings, many of which were for sale.

Ya La’ford’s work filled a room on its own, featuring multi-hued and crème-and-chalked geometric mazes while Mark Aeling’s Chromoorafice was a fascinating rendering of a giant mouth, constructed with bonded colored pencils.

Some of the most striking visual renderings were inspired by trauma such as Babs Reingold’s haunting, roped-ladder sculptures commented on the desolation, poverty and death of Hurricane Katrina, and Rose Marie Prins’ gorgeous works, which used various mediums with a leaf motif, were motivated by a trip taken after the death of her son.

“I think about the commodification of race and culture – ideas of otherness, and ideas of self,” explained Troyli, a St. Pete native who is in the third year of a master’s program at USF.

One of the most fascinating and engaging artists of the evening wasn’t officially on the bill. Charity Everett — a Boca Ciega High School grad who attended Harvard and has given talks at MIT — was volunteering her services for the evening and brought along some pieces of her ongoing and growing AR (Augmented Reality) project to show curator Danny Olda.

Everett’s augmented reality project, “Go Back and Fetch It,” used laser-cut wood pieces interactively with a phone app. Holding a cell phone in front of the slice of wood embedded by a chiseled outline of the African continent triggered an episode of Everett’s animation project “The Parable of Eve.”

“I’m using augmented reality, or extended reality, to tell the story of the human race, from the beginning ending up until now.”

Utilizing the burgeoning technology in new ways, Everett said Sundance is currently tracking her project. Click here to learn more about her work.

Creative Pinellas currently provides grants to artists and art organizations, holds shows and performances in its gallery and offers an arts business incubator — including office sharing and a variety of programs and activities to foster, support and encourage artists and organizations at any stage of development.

Funded in part by the Pinellas County Board of County Commissioners, Visit St. Petersburg/Clearwater and the State of Florida, Department of State, Division of Cultural Affairs, you can learn more about the agency at creativepinellas.org. 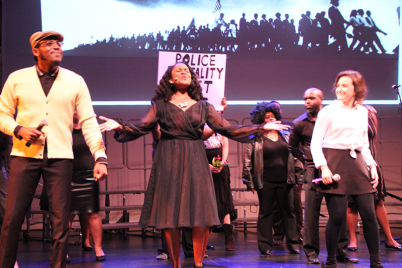 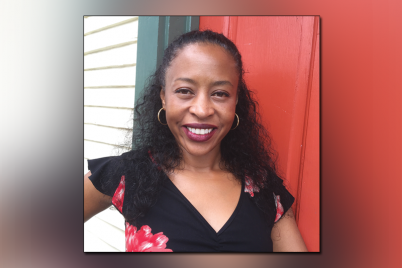 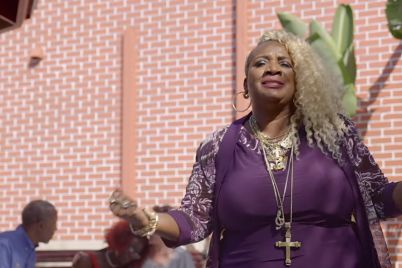