ST. PETERSBURG – Not only does Pauline Riley believe in miracles, she believes she is living proof of them.

Riley, a Nutrametrix consultant spoke at the Sistahs of Compassion monthly cancer support group last Thursday, Sept. 22 at the Enoch Davis Center to tell her story about surviving a litany of diseases with Nutrametrix.

The mother of three recalled that she was always exhausted and couldn’t sleep at night, but didn’t know what was wrong with her. Through the course of her day, she was always tired.

“I went to doctors,” she explained, “and I was misdiagnosed for several years.”

It was in 1997 that she was finally diagnosed with Systemic Lupus Erythematosus, a degenerative disorder. Because the illness by that point had so ravaged her internal organs, doctors told her she would only live 10 years at the most. She was also diagnosed with fibromyalgia and cardiovascular disease.

Riley decided to accept his devastating news and go about her life without taking any medication for it, except herbal supplements.

“After about a year of that,” she said, “it was devastating for me, completely devastating.”

Riley’s organs had been damaged even more in that yearlong span, and she was forced to go on a host of medications—pain pills, sleeping pills, steroids, immunosuppressant drugs and all kinds of vitamins. She was even in chemotherapy. Nothing worked for her.

But she refused to accept the fact that she was going to leave her children in 10 years. She started taking care of herself, eating right and even visited other countries seeking aid from naturopathic physicians. Even all this was to no avail.

A few years after these illnesses had taking their toll, she was almost completely incapacitated.

She was on dialysis once a week and had to eventually stop working. She experience pain seizures that were so bad her body would be “red and hot like fire” and if someone touched her she would scream, she said. This intense pain sometimes lasted for days at a time, sometimes even for weeks. Only intravenous morphine treatments provided the relief for these seizures. She felt herself getting weaker and weaker.

She experienced a heart attack and 10 days later she had another one. The attack had damaged the vessel in the back of her heart, and she desperately needed and operation to have any hope of surviving. Doctors told her there was a very slim chance she would make it and asked Riley if she wanted to take that chance.

“I looked at my children and said, ‘I have to take it for my kids,’” she remarked. “And I went into surgery and I put it in God’s hands.”

Riley made it. The night after the surgery while she lay recovering, she experienced cardiopulmonary arrest and doctors rushed to save her life again. Eventually she went home, but her condition got worse and worse.

After repeated trips to the hospital where normally Riley would stay a day or two after treatments, one day a doctor told her simply that they were going to let her go home. On his way out of the room, Riley overheard him tell a nurse that if she lived another four months, it’d be a miracle.

Riley felt she was ready. She was tired of living like this. She left the hospital.

The next day after she returned home, her husband was leaving for work but before he departed he asked Riley something he had never asked her before. He asked her not to die today.

Later in the afternoon when her husband returned, he excitedly told Riley about a meeting with a woman who sold isotonic vitamins that perhaps could help. At this point, Riley didn’t want to try anything else; she just wanted to be left alone. Her mother and husband convinced her that it couldn’t hurt. Riley agreed.

As the woman explained how her vitamins worked, Riley realized they were different from any other vitamins she had known. Riley made the connection between the isotonic intravenous solutions she received in the hospital and the isotonic vitamins the consultant mentioned. This piqued her interest.

She was also told that the vitamin formula could be customized to individual needs. Riley agreed to give them a try, but was still skeptical that they would work.

Everything you eat and drink, including nutritional supplements, must be made isotonic before passing into your small intestine where is can be absorbed. Isotonic means having the same fluid pressure as your other bodily fluids, such as blood and tears.

In the time that it takes for most pills and capsules to disintegrate, and their contents to dissolve and transform to the proper isotonic state, much of their activity is lost.

After beginning the regimen she continued to feel weak, and even had to be helped getting out of bed and going into the bathroom. After a couple months, she was at one of her dialysis treatments when her urologist, white as a sheet, came rushing into the room where Riley sat waiting for test results. Riley braced for the worst.

It’s been nine years, she added, saying she has not been hospitalized with lupus, heart disease, or anything else.

“Every time I relive it,” she said, “I just know what a miracle is.”

The Nutrametrix regimen can be customized through a health analysis, or can even be customized based on a person’s DNA. The very high quality, all natural vitamins get into a person’s unique system in a matter of minutes, and the body absorbs them.

“That’s the reason we customize,” Riley said. “To make sure you’re getting exactly what you need for your situation. Nothing more, nothing less. And if you don’t need something, it doesn’t suggest it. It’s not about money it’s about wellness. It’s about helping people get well, stay well and live happy, healthy lives.”

What Does Potassium Do for Your Body? A Detailed Review

By Rachel Reiff Ellis | Prevention Chances are, you think you’d be able to spot… 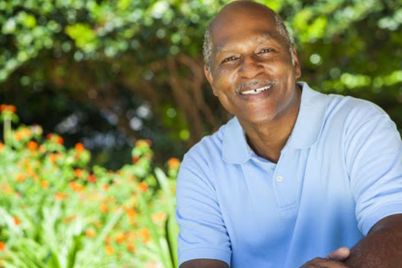 By Janet Lee | Consumer Reports A ccording to some reports, we’re in the middle of a…