ST. PETERSBURG – Ever since I posted my Greenlight Pinellas yard sign last month, I have heard a lot of questions about the plan. What is Greenlight Pinellas? How will it improve our neighborhoods? Is it really worth the tax increase?

I want to tell you that I put the sign up in my yard because I believe in this plan.  I looked at it carefully and it looks like a winner to me. 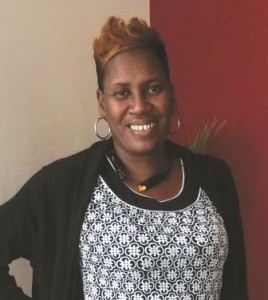 If it passes November 4, Greenlight Pinellas will mean immediate improvements in bus service.  The plan calls for later weekday service and 80 percent more bus service on the weekends.

Also, the new system will be faster because it will reduce the use of the “hub” system.  Right now, if I want to take the bus to work, I have to catch one bus at the end of my street, take it all the way to Williams Park, and then transfer to a second bus that takes me to my job.  It can take an hour for what is a 10 to 15 minute car drive.

Instead, Greenlight Pinellas would have a bus at the end of my street running every 15 minutes and a crosstown bus to take me right to work running every 20 minutes.

It’s great for neighborhoods. Every neighborhood in the county will see benefits.  In Midtown, we’ll have frequent service on 22nd Avenue South, 34th Street, and 5th Avenue South, for example.  Gulfport will have a frequent route on 49th and Greenwood, and we will see buses moving frequently both north and south.

Also, PSTA will build a light rail connector from downtown St. Petersburg to downtown Clearwater.  This fixed rail system will make 16 stops over a 24-mile route, following I-275, then into Pinellas Park, through Largo and into Clearwater.  The rail will be in service by 2024.

The rail connects the densest job and residential centers.  Light rail is more expensive to build, but much cheaper to operate, so it is the best options for places that have a large, centralized work population.  Greenlight Pinellas looked at all those factors and found that between St. Petersburg, Gateway/Carillon, and Clearwater, there are 110,000 jobs, more than enough to justify a rail system.

Greenlight will help all of us because it will create transportation options for you, your children, and your grandchildren.  Yes, we will pay a small amount more over the course of the year in taxes – about $40, or a full tank of gasoline on average – but what we get in return is more than worth it.  And besides, as a tourist destination, as much as one-third of the tax is going to be paid for by our visitors.

I’m a Greenlight supporter because I live in St. Petersburg and I believe this is a very positive plan for the future of our city.  I have grandchildren growing up here and this is an investment in their future as well.