ST PETERSBURG – The Foundation for a Healthy St. Petersburg’s (FHSP) Health Equity Center hosted three talks by major African-American contributors in February, underscoring the foundation’s mission to address how inequities based on race contribute to health disparities in Pinellas County.

On Monday, Feb. 10, Dr. Ibram X Kendi addressed a packed room as part of FHSP’s on-going Speakers Who Inspire series. Kendi is founding director of The Antiracist Research & Policy Center at American University in Washington, D.C., and winner of the National Book Award for Nonfiction for his book “Stamped from the Beginning: The Definitive History of Racist Ideas in America.”

Kendi discussed his new book and New York Times’ bestseller, “How to Be an Antiracist,” but also talked candidly about his battle with illness. In 2016, at 34, Kendi was the youngest person ever to win the National Book Award – so it was even more stunning to learn that two years ago, he was diagnosed with colon cancer.

Eloquently describing his shock and initial denial toward increasing symptoms of illness, Kendi used his circumstance to draw the analogy that white America’s denial of their racism stands in the way of true equity in America.

“I’m often asked what is the worst aspect of racism. It’s a question I never want to answer, but when I’m forced to, I say health inequity. The reason is two-fold: first, if we did not have inequities – if African Americans were not 25 percent more likely to die of cancer…if African Americans were not on the dying end of nearly every major health disparity then literally, there would be more people living.

“Why is it that we as a nation refuse to allow these people to be more healthy,” Kendi asked. “One of the answers to that, of course, is racism. Literally, racism is death. And it’s always been death, and it will always be death.”

On Feb. 12, Legacy Week held its annual Legacy Lecture at the Equity Center with speaker State Attorney Aramis Ayala for the Ninth Judicial Circuit Court of Florida. Ayala, a recipient of the NAACP’s 2017 Civil Rights Champion of Justice Award and Equal Justice USA’s Leadership Award, has had challenges while in office.

Before Ayala, who is the first African American elected to the post of Florida State Attorney, began her inspiring and fiery talk, Rev. J.C. Pritchett, Legacy Week host, played a video showing the unwarranted police stop that she was subjected by Orlando police on June 19, 2017.

At the time, Ayala was already involved in a battle with then-Governor Rick Scott over her decision not to seek the death penalty in a case regarding the fatal shooting of a police officer. Scott chose to move the case to another state attorney’s office, and Ayala filed lawsuits disputing the action but lost.

After a brief discussion of the police stop, Ayala, who had an infectious laugh and positive spirit, didn’t get weighed down by the topic or the video. Instead, she spoke about the issue of mass incarceration, which she is passionately involved in. She stressed the need for African Americans to remain vigilant in standing for justice.

“When I speak of injustice, I am talking about something that often is walking with, and protecting, the ugly past of this country. Protecting money, and protecting power,” Ayala asserted.

While Ayala will not be seeking another term in office, she was optimistic about what her plans will entail and shared some successes her office has had during her tenure.

On Monday, Feb. 17, the Equity Center hosted civil rights leader and Kingian Nonviolence educator, Dr. Bernard Lafayette. Born and raised in Tampa, Lafayette became a student activist while at college in Nashville. He studied nonviolence with several renowned instructors before becoming a member of the Student Nonviolent Coordinating Committee (SNCC), and a member of the Freedom Riders.

Lafayette shared experiences working closely alongside Dr. Martin Luther King, Jr.; he was chosen by Dr. King to become the Program Director of the Southern Christian Leadership Conference (SCLC) in 1967.

He was introduced by local historian Gwendolyn Reese, who encouraged high school attendees in the audience to ask questions, and asked Lafayette what his thoughts were on breaching the divide between generations.

“We as adults, have to appreciate the fact that we are in a different world now. It’s not the same country, and it’s not the same world,” Lafayette acknowledged. “So, one of the things that’s important for us is to understand how we can help our young people live in their world as young people, but also live in the next generation’s world. We won’t be here. What will we leave behind us is the real question.”

You can reach J.A. Jones at jjones@theweeklychallenger.com 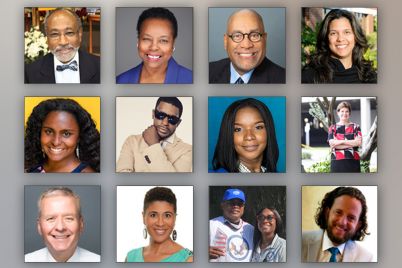 In light of the challenges of COVID-19 and our current political climate, The Weekly… 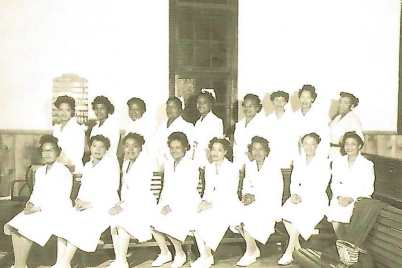 I AM: Mercy Hospital and its pioneering physicians, part 2 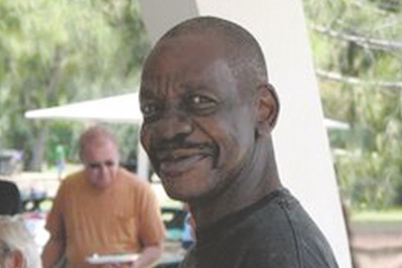