ST. PETERSBURG — What began as an effort to collect and digitize existing issues of The Weekly Challenger has expanded to a comprehensive research guide on St. Petersburg’s black history.

The Challenger, founded in 1967, serves St. Petersburg’s historically underrepresented black community. In 2013, the university reached an agreement with the paper to house its existing issues at Nelson Poynter Memorial Library.

About a year-and-a-half ago, David Shedden, special collections librarian at Poynter Library, decided to expand upon the archive by creating a more detailed research guide.

“Oftentimes, when I think of archives… you preserve, but you also share,” Shedden averred. “It’s one thing to preserve it. But if you put it in a box and put it away, it really isn’t going to be as much use. So we need to find creative ways that people can use this information.”

Shedden said he wanted to create something that could be relatively stable; he could add to regularly and would be there 24/7 so people could use it.

The first step entailed making a digital record of each existing issue of the Challenger. But this presented a challenge, as not every print issue was available.

As a result, Shedden filled the gaps by briefly summarizing the major news events of each decade, then linking to more recent, relevant news coverage of those events. In the rare case that a previous issue was available, Shedden would include a link to the PDF for students to read themselves.

“What I like about The Weekly Challenger is they write history stories all the time,” he said. “And that’s great because we don’t have the original stories about a lot of these events. So what I end up linking to is our stories from the present about old stories.”

“I’ve been waiting for the past,” he joked.

But Shedden soon found the PDFs proved to be “a little cumbersome to use from a researching standpoint.”

“When you scan the pictures or scan the newspapers, it doesn’t always pick up all the words correctly, or if the ink wasn’t printed right, it won’t catch a word,” he said. “Part of the guide is a way of trying to get around that.”

Then, student questions led him to create an index. Shedden reasoned that students who don’t know a lot about the Manhattan Casino or the Deuces wouldn’t know where to find them in the chronology.

“Although (students) don’t say it, I can see it in their eyes: ‘Make my life as easy as possible,'” he said. “That’s kind of what I see my mission as doing — taking this extraordinary archive, and then connecting it to other parts of its history.

“Ultimately, a newspaper is a collection of stories. And my job is to take those stories to help the students, but also connect them to other resources.”

In the beginning, The Weekly Challenger served as the core of his research guide. But Shedden wanted to expand beyond that.

“There are a lot of really good people doing good projects, but they’re sort of doing them independently sometimes,” he said. “So I’m also hoping with the guide to link to the various projects.”

Now, the project includes books and resources from other local organizations and media outlets.

Students can broaden their research to include the black history of not only Tampa Bay, but also the state of Florida. They can browse relevant exhibits at the Dr. Carter G. Woodson African American Museum and the Florida Holocaust Museum. Or, they can explore the work of The African American Heritage Association of St. Petersburg, or the local chapter of the Association for the Study of African American Life and Art.

But Shedden doubts it will ever be finished.

Shedden is no stranger to chronicling the history of newspapers. Earlier this year, he published a chronology of Florida’s papers from 1783 to 2001.

“The African-American section was a segregated section which only was distributed in the black community. And it pains me that that took place,” Shedden said. “However, if you look at the pages, they do exactly what The Weekly Challenger does — it brings a community together in conversation with itself on those pages.”

Shortly thereafter, the paper was acquired by Cleveland Johnson, Jr., who renamed it to The Weekly Challenger.

After Johnson’s death in 2001, his wife, Ethel, took on the role of CEO and publisher emerita, while their daughter, Lyn, became the publisher and general manager in 2012.

“The Weekly Challenger filled in an incredible need, but it has survived,” Shedden said. “When I talk about newspapers as primary sources, I say, even if newspapers disappear in the future, you can’t take away the important work that they’ve done before.

“We need to be able to preserve it and link to it somehow and share it.”

Emily Wunderlich is a student reporter in the Neighborhood News Bureau of the University of South Florida St. Petersburg. Visit nnbnews.com for more info. To reach her, email ewunderlich@mail.usf.edu. 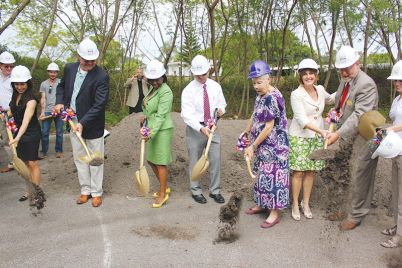 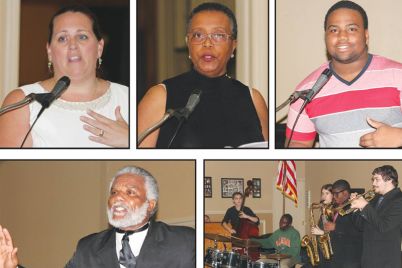 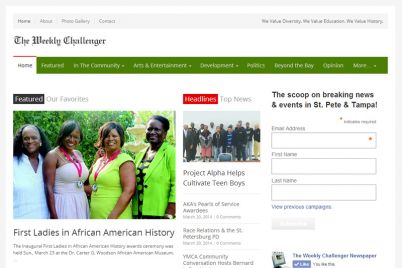 Today, The Weekly Challenger launches an all-new look to our online space and a brand new…