Commissioned by the City of St. Petersburg, former slave turned entrepreneur and city pioneer Elder Jordan Sr. was immortalized in bronze by local artist John Hair and unveiled on Oct. 28.

ST. PETERSBURG — Wednesday afternoon saw a sizeable crowd of people gathered just south of the historic Manhattan Casino for the unveiling of the long-awaited statute of Elder Jordan Sr., one of St. Petersburg’s original Black pioneers.

“Elder Jordan Sr. was a man who didn’t just build a dance hall or fight to get a school constructed; he built opportunity,” said Mayor Kriseman. “He paved the way for much progress here in St. Pete. We thank him, and we thank his family. Now he will be immortalized forever, welcoming all to the Deuces.”

Deputy Mayor Tomalin described the erection of a statue of Elder Jordan Sr. as a triumph, calling it both regal and welcoming, inviting visitors to learn about St. Petersburg’s rich Black history.

The four women worked with the Kriseman administration, the St. Petersburg Public Arts Commission, and the city council to complete the project.

“This moment is a culmination of a lot of work from a lot of people,” Farrell said to the crowd. “When we are free from this pandemic, come to The Deuces, and we’re going to have a good old fashioned block party.”

For longtime south St. Petersburg residents, the moment was filled with both pride and hope. Jack Fletcher grew up just a block away from where the statue stands. A community elder himself, Fletcher remembers life during segregation, citing the bustle and beauty that was once the vibrant business district on The Deuces.

Having a statue welcoming visitors to The Deuces, said Fletcher, is something special.

“Anytime you give recognition like this, it raises the level of pride and esteem (in the community),” he said. “I love this city. It’s progressive, and it’s doing some really good things. I’m proud of the city for taking this initiative.”

For Basha Jordan, the statue is more than just a tribute to his grandfather; it’s a calling to continue working toward equity and opportunity.

“The symbolism here is so important,” he said. “Recognizing African Americans today and their contributions to society is necessary.”

But, he said to the crowd, it’s just a start.

Elder Jordan Sr.’s legacy includes the building of the Manhattan Casino, formerly the Jordan Dance Hall, advocating for and building Jordan Elementary, access to Spa Beach—the only beach in St. Petersburg for African Americans before desegregation — a bus line for the Black community before desegregation, and the donation of land to the City of St. Petersburg for the building of the Jordan Park housing complex. 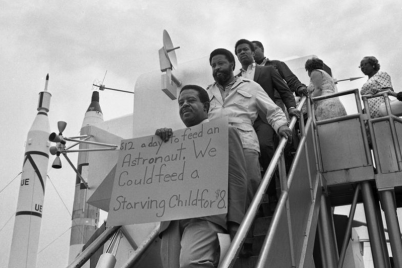 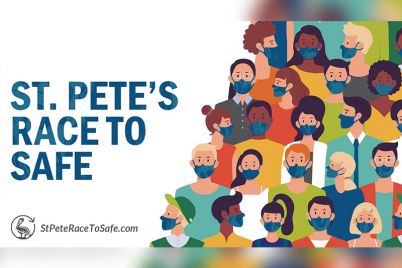