Before taking part in the Stetson ACLU virtual panel discussion on voting rights Tuesday night, Congressman Charlie Crist stopped by to speak with Chief’s Creole Café owners, Elihu and Carolyn Brayboy, to discuss the impacts of the COVID-19 crisis on their bottom line.

ST. PETERSBURG — As a global pandemic rages on, and the nation spirals into a recession, most people you ask will say this year’s presidential election is the most important in their lifetime. With less than a week to go, the ACLU of Stetson Law sponsored a panel discussion on voting rights on Tuesday.

Congressman Charlie Crist of the 13th Congressional District and Melba Pearson, director of the Policy Center at Florida International University Center for Administration of Justice and former deputy director of the ACLU of Florida, fielded questions.

While on the campaign trail for governor in 2006, then-Republican Crist told reporters he would commit to the automatic restoration of voting rights for nonviolent felons, much to his Republican colleagues’ chagrin.

As governor, he got 155,000 felons enrolled by policy; by contrast, former Gov. Rick Scott got only 3,000. Crist recalled that in 2018, Amendment 4 (Voting Rights Restoration for Felons Initiative) passed with 65 percent of the vote.  Since then, the Florida legislature has blocked it, and only 67,000 felons out of 1.4 million are now able to vote.

“That’s criminal. They are impeding the will of the people,” said Crist.

Pearson stated that Florida Senate Bill 7066 stripped them of their voting rights by requiring repayment of fines and fees.  She urged voters to do research.

“Look up who voted for that. Make sure you raise your voice by calling state reps and senators,” she said, urging supporters to donate to groups such as the Florida Justice Center and Desmond Mead’s Florida Rights Restoration Coalition.

Regarding how local, state, and federal legislation impacts communities, Crist replied that gentrification is allowed by local officials by way of permitting.  Education funding and environmental regulations are issued by way of legislation.

As for Crist, he co-sponsored a bill introduced by Congresswoman Kathy Castor to ban offshore drilling in Florida permanently and takes credit for a bill that mandates the impact of legislation on minority groups.  The House passed this bill during the last session, but the Senate did not.

Pearson raised the issue of how legislation impacts the criminal justice system.  “We have gotten to mass incarceration as a result of intended and unintended consequences” of laws that were passed in the past several decades, citing the different judicial treatment of crack cocaine versus opioid users was based on race.

The panel addressed voting and the integrity of the election system in the U.S. Person said mailing in ballots is “an extremely safe way to vote.  It makes voting more accessible.” She claimed that younger people and people of color tend to vote by mail, and of course, the pandemic has made an impact this year.

Several states, including Colorado, Oregon, Utah, and Washington, have had universal voting by mail without a problem.  Pearson said Trump is trying to intimidate citizens out of voting by mail. The ACLU, NAACP and the League of Women Voters are ready and mobilized to address any issues.

“Voting is safe, and voter fraud is not an issue in this country,” stated Pearson.

Congressman Crist urged the audience to be engaged, be active and to cause “good trouble,” as the late Congressman John Lewis would say.  Lewis campaigned for Crist in 2016, his first Congressional run.  He recalled Lewis saying, “The vote is our strongest weapon to protect democracy and our freedom. It’s almost sacred.”

The ACLU has filed 400 court cases against the Trump administration. Asked about government integrity after four years of Trump, Crist said it’s been the “exact opposite thereof.”

For example, regarding offshore oil drilling, the administration first advocated for opening up oil drilling off the Florida coast and in Alaska, normally something that politicians avoid.  Former Gov. Scott requested a meeting with Trump’s Secretary of Interior and was told the issue is off the table.

They later reneged.  Crist said the administration later pursued offshore drilling again. Then in another reversal, when Trump ran for re-election, he signed an executive order banning drilling off Florida.

“The amount of lies told to the American people, I don’t think they know what integrity is,” Crist remarked.

“Vote like your life depends on it because it does,” urged Crist.

Pearson reminded the audience to call 866-OUR-VOTE if there is any intimidation at the polls. Their website is the same, www.866ourvote.org.  If you are in line by 7 p.m., they must let you vote. Any issue of eligibility at the polling place, ask for a provisional ballot.

Earlier on Tuesday, Crist spent time checking in with Pinellas County students learning online and in the classroom to discuss the advantages and pitfalls of virtual and in-person education during the COVID-19 pandemic. He swung by Virtual Learning Co-Op at Brister Temple Church of God in Unity and Mt. Zion Christian Academy.

He next headed to the Deuces to speak with black-owned small business owners about the COVID-19 crisis’s impacts on their bottom lines. Spending time with Chief’s Creole Café owners, Elihu and Carolyn Brayboy, Crist learned that they had to close indoor dining at one point.

Crist shared his support for an additional COVID-19 stimulus bill that would include more Paycheck Protection Program funding for businesses like theirs. 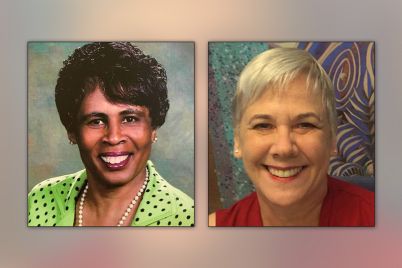 Justice Peggy A. Quince served on the Florida Supreme Court from 1999-2019 and is a… 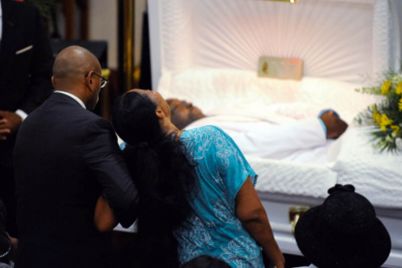 Eric Garner and the value of black obese bodies 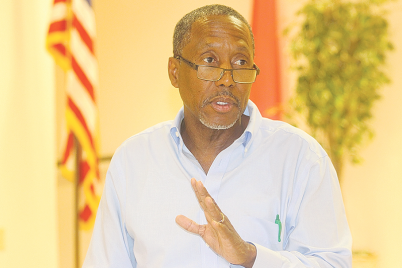 What have you done for us lately?